Warning: The following contains major spoilers for Tuesday’s Legends of Tomorrow finale. Proceed at your own risk!

Legends of Tomorrow has beamed up a new problem: At the close of Tuesday’s Season 5 finale, Sara was abducted by aliens, unbeknownst to her friends, setting up the CW series for a new, “romp-ish” Big Bad, co-showrunner Phil Klemmer tells TVLine.

The season ender also saw the departures of some beloved Legends: Zari 1.0 realized that her presence and the two timelines fighting for control of Behrad’s life was slowly killing her brother, so she said a very tearful goodbye to Nate and her friends before going back into the totem. As the team was drinking their sorrows away/celebrating their victory over Lachesis and the Encores at a The Smell concert, Charlie made the decision to stay behind in 1970s London with her punk band and put down roots. (Her portrayer, Maisie Richardson-Sellers, will not return as a series regular for Season 6.)

And then there was Sisqó — yes, that one! — singing “Thong Song” during the big fight sequence with the returning Encores, because this is Legends of Tomorrow, after all.

Below, Klemmer talks about the space forces that took Sara, the writers room’s big Zari dilemma and the “terrifying call” he had to make to Sisqó. 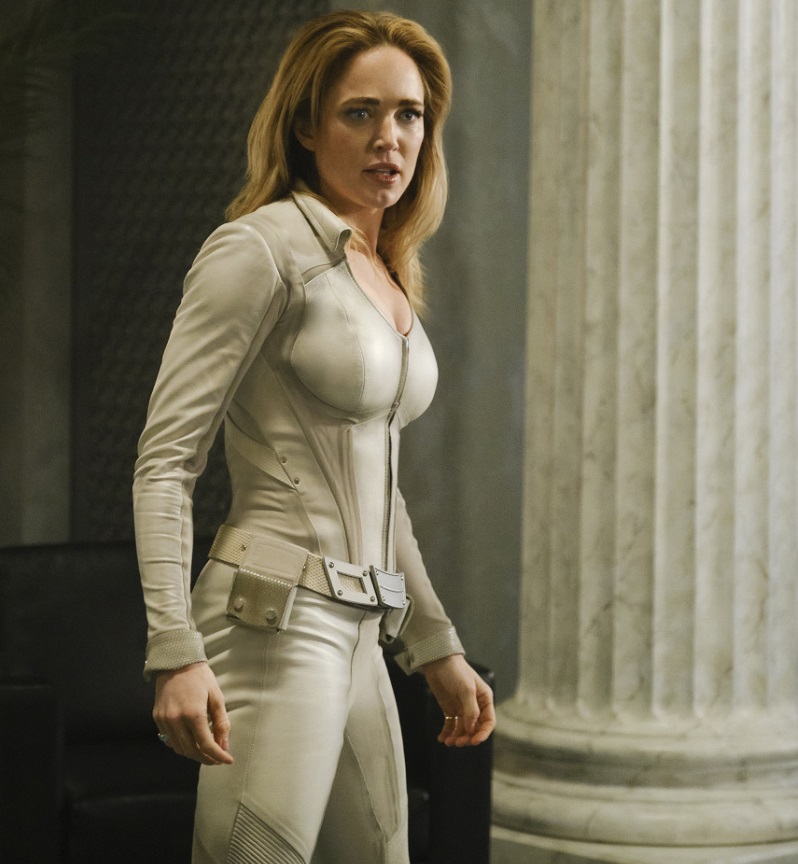 TVLINE | Sara being abducted is certainly a dramatic way to end the season, and thanks to The CW’s official synopsis for Season 6, we actually know a little bit about who took her. But what do you want to share about next season’s Big Bad and what they want with Sara?
Obviously, we want to live in a different kind of genre in the same way that mythological creatures was a fun playground. We definitely wanted to get into something like a little more B-movie creature feature. We got pretty hardcore into mythology with the Fates at the end of this [season]. We’re just trying to unburden ourselves by having something really fun and visceral. The nice thing about space aliens: When you do them the way that we intend to do them, it’s not like you have to spend half the episode getting to know the creatures. It’s sort of like our zombie episode: The great thing about a zombie episode is everybody knows what a zombie episode is. The shorthand allows you to spend the time exploring the dynamics of your actual characters. So I guess doing something that was, at least on the surface, very simple was appealing to us, because it was an opportunity for next season just to focus on our actual Legends.

TVLINE | Just to clarify, are these different aliens from the Dominators we met in the crossover?
These are totally, totally different. [The Season 6 premiere], it’s effectively a premise pilot explaining who these aliens are. We wanted to come up with sort of a surprising variety of them. We wanted to shape the season to lean into kind of a B-movie creature feature and low-budget ’80s [productions]. We wanted it to be kind of romp-ish. We didn’t want our aliens, at least in the beginning, to be too complicated. We, really, were inspired by things like They Live and Mars Attacks!, things that are kind of outlandish. This season got very, very emotional, and we want to counter-balance that with something that feels like a little bit frothy and trashy, I guess. 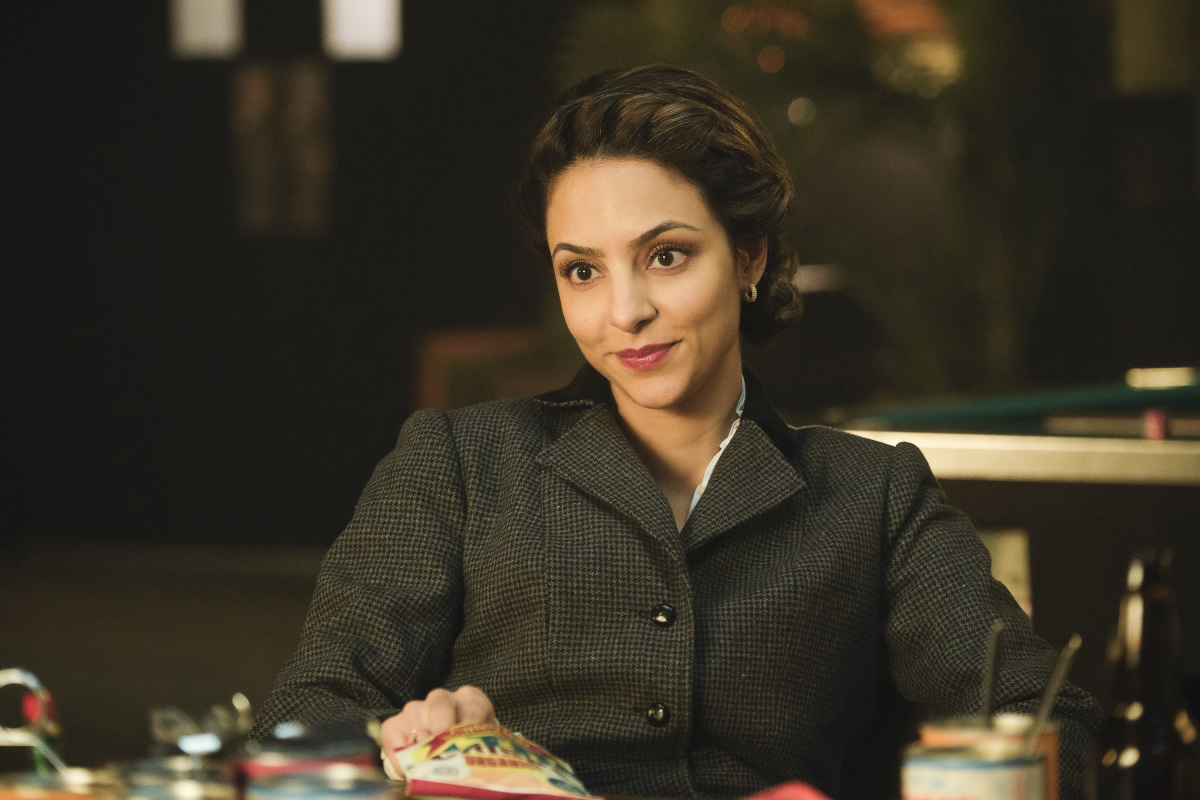 TVLINE | Watching this episode, it seemed inevitable that Zari 1.0 would have to go back into the totem. But while you were breaking the story, was there any debate or discussion about who would get to stay in this Zari 1.0/2.0/Behrad situation?
Yeah, I think there was a moment where the room was split completely… There was a moment where we were basically bargaining with ourselves: “Let’s just keep them both. We love them.” There are some people who won’t lose one of them, and others that won’t lose the other, and we were at this weird impasse, and then we just had to have this moment where we’re like, “What are we doing to our crew? What are we doing to poor Tala Ashe?” Just the complexity [of] having her play two characters almost killed us in the finale. But at the same time, there was this moment of us being like, “Let’s just keep them both! Who cares? We’ll figure it out next season! It’s OK!” And that was before the pandemic shut down all of TV and film production. Somehow, we came to our senses, and we know that Zari 1.0 is always, theoretically, out there for us. But at the same time, we felt like Zari 2.0’s evolution over the course of the season… incorporates elements of her other self.

TVLINE | Was merging the two Zaris not an option, like sort of how we saw her in last week’s episode?
It was an option, but then I guess, to us, it sort of implied that there was something wrong with 2.0. When we met her, we thought that there was something wrong with her, and that wouldn’t have been much of a journey for us to be like, “Well, she was kind of a vapid, self-absorbed, superficial person, and we fixed her by giving her the substance of her other self.” But I think the surprise was really realizing that there was substance to her all along that was different, and it was not as obvious. To find someone like John Constantine falling for her for who she is is proof of that substance, and to find her secret strength… It’s the audience and us, as writers, chastising both for not taking her seriously. Because when you conceive of a character, in the beginning, it’s always a little two-dimensional, and then the performer plays the part, and you learn and they learn, and it’s back and forth, and all of a sudden… We thought it was funny to make Tala dress up as an influencer, but then it is a humbling experience where you realize, “Oh man, this is a real person, and we better take her seriously. We better write her seriously.” By the end of the season, of course, we’re entirely in love with her the way we were in love with Zari 1.0. It’s a funny process. 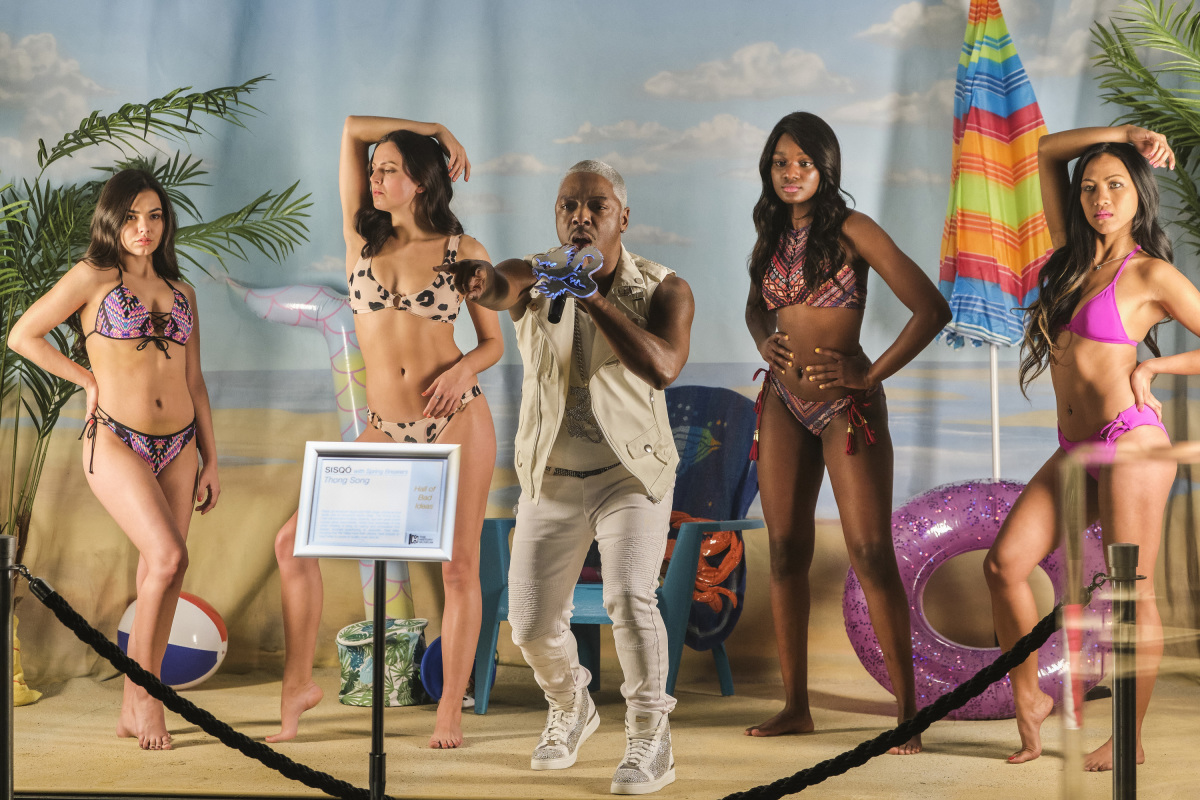 TVLINE | How did that Sisqó cameo and fight sequence to “Thong Song” come about? Were you just looking for a way to top “Return of the Mack“?
[Laughs] I was out of the room when we were talking about the Museum of Bad Ideas and what we could find there, and all of a sudden, the name Sisqó was up on the board… Then you’re like, “Oh my God, the thing that was a joke on the board is now completely integral to the finale of the season, and we haven’t even called Sisqó.” We were totally back-against-the-wall, and we’re like, “This is not a joke anymore. This is completely load-bearing. Our final action sequence requires a soundtrack and an animatronic Sisqó.” It was the most terrifying call I’ve ever made in my life, because I had to try to explain Sisqó what our show was and, you know, our show’s bats–t. By the time you get to the finale, to try to be like, “All right, here’s the deal: The Greek Fates have this Loom, and free will has been crushed, and there’s this museum, and yeah, technically, you’re part of the bad ideas, but secretly, as writers, we think the bad ideas are the best,” and he was just like, “Yep, totally, I get it. Yeah, I’ve got that outfit from the video. Yeah, I’ll dye my hair silver.” All the actors went completely berserk and were crowding around video village, filming the monitor as he performed. You’re just like, “This was not guaranteed. He could have said no. He could have not still been the Sisqó we remembered.” There are times where you are just like, “God, we don’t deserve the good luck that we get on this show,” but man, bless Sisqó!

Legends fans, what did you think of the season ender? Grade it below, then hit the comments!