We’ve got questions, and you’ve (maybe) got answers! With another week of TV gone by, we’re lobbing queries left and right about shows including Dead to Me, Batwoman, The Rookie and How to Get Away With Murder!

1 | Did Episode 2 of Disney+’s The Mandalorian docuseries — specifically, Dave Filoni’s impassioned monologue about the significance of “The Duel of Fates” — prompt you to rewatch the prequel trilogy’s The Phantom Menace? (OK, almost?) 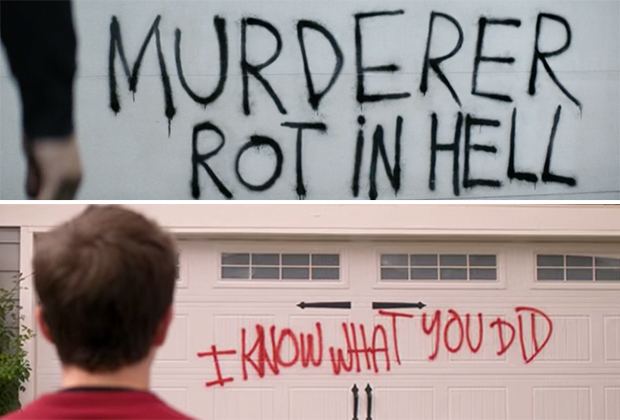 2 | Between Defending Jacob and Dead to Me, TV is a big fan of the threatening garage-door message right now, huh?

3 | TVLine reader Corey asks of Dead to Me Season 2: “With all the money Netflix has, are you surprised how bad the green screen effects were for several of the scenes (e.g. Ben at Judy’s front door or the car ride with Jen and Detective Perez)?”

4 | How do we feel about Phoebe Waller-Bridge’s American accent on Run? And for how much money would you jump out of a moving train?

5 | Outlander viewers: How many of the callback items from past seasons in Claire’s daydream did you pick up on during first viewing?

6 | To echo maaaany fans of The Rookie: Really, you frame John Nolan, a veritable Boy Scout, as a dirty cop? Also, why did his approach to searching for the hidden stash involve tearing up so, so many walls in his newly reno’d home?

7 | Regarding Batwoman‘s big reveal: Does it really take an entire, highly coded journal to defeat the Batsuit? A head shot with Stormbreaker wouldn’t get the job done?

8 | American Idol fans, did you find yourselves distracted by the Disney backgrounds superimposed during every performance?

9 | What’s more endearing about Food Network’s Amy Schumer Learns to Cook: the cardboard signs Chris makes to announce each dish, or that “Butter on Matzo” was an actual recipe prepared as part of the late-night eats episode?

10 | While watching Monday’s Late Show, did anyone else notice the bouncing Photos app icon behind Stephen Colbert?

11 | Which Kimmy Schmidt interactive choice made you laugh the hardest? And wouldn’t you watch a whole season of Kimmy and Daniel Radcliffe’s Frederick as dopey newlyweds?

12 | When The Flash was face-to-face with Eva — and seeing as she was looking to make nice with the speedster, after whacking her husband — why didn’t Barry even broach the topic of getting his wife Iris back?

13 | What are the odds that there would be two Allegras on Tuesday-night TV (on The Flash and The Voice)? 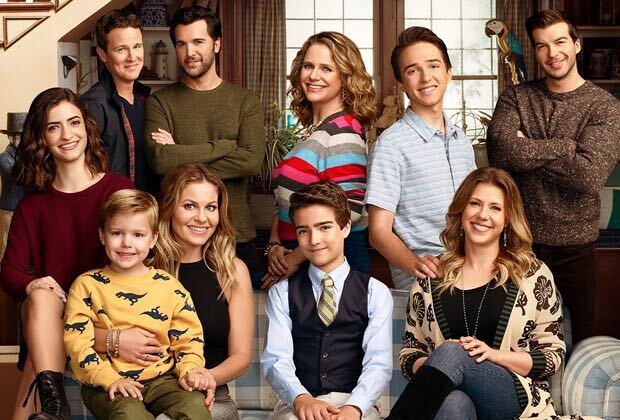 14 | How awkward is this overly Photoshopped key art for Fuller House’s final episodes? Wouldn’t it have been easier to just take an actual group picture around the couch? (Why is the baby so much bigger than the grown men standing behind him?)

16 | Did the right person win Survivor: Winners at War, and were you happy Natalie was the last returnee from the Edge of Extinction?

17 | To echo Broadway’s Frozen star Patti Murin on Twitter: To replace the cancelled Tony Awards telecast on June 7, CBS couldn’t slap together “a retrospective of past great Tony performances and speeches and moments”? Instead, it’s airing a Grease singalong?

18 | The Percy Jackson TV series can only be better than the movies, right? 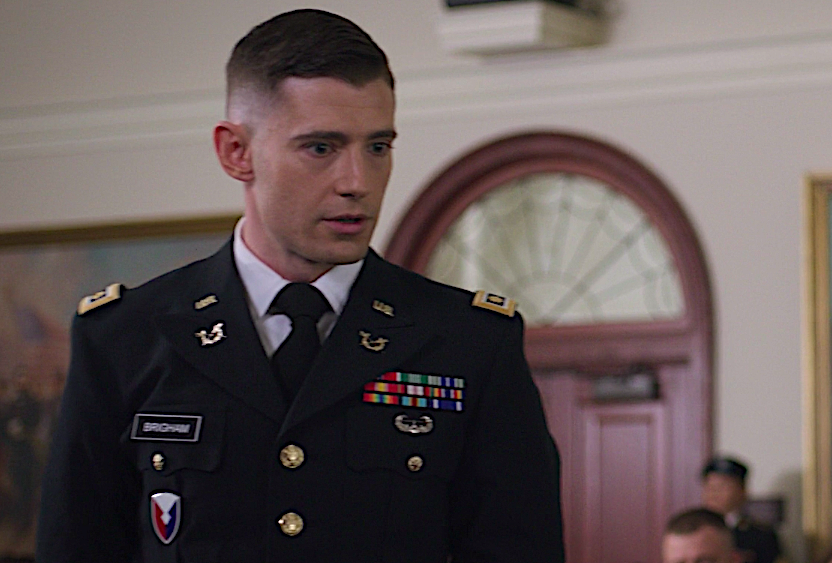 19 | After watching this week’s The Good Fight, were you, like us, thinking, “Pretty Little Liars‘ Julian Morris really needs to headline his own military show”?

20 | Did Katy Keene botch Hiram Lodge’s backstory, having him claim, “I was born in the Heights,” when Riverdale established he didn’t move from his hometown to New York City until after college?

21 | On Station 19, was a part of you disappointed that the first person Maya ran to after realizing her mom had been right — that she had been abused by her father — wasn’t her poor mom? And we know Andy was preoccupied by her family mystery, but would anyone leave their spouse alone in the hospital undergoing major surgery? 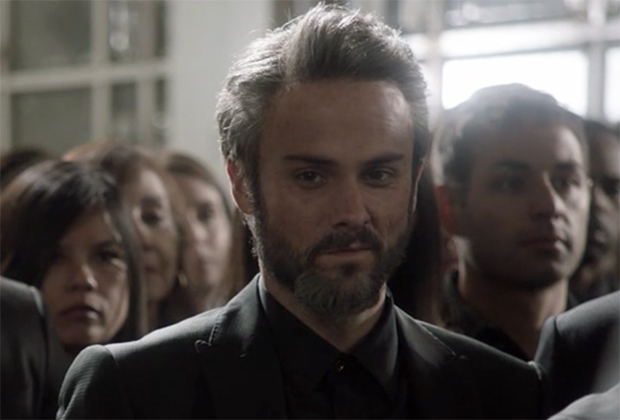 22 | Which How to Get Away With Murder character do you think had the worst old-age hair/makeup? (Connor gets our vote.) And why did all of the characters look quite that old across the board, when the Keating Four were significantly younger than Annalise and Eve?

23 | Blindspot fans, what are your thoughts on Patterson’s long-awaited first name?

24 | Are you relieved that HBO Max seems to have settled on Thursday for its new releases, to get out of the way of Amazon Prime, Disney+, Hulu and Netflix, all of which typically schedule their releases on Fridays?