Brockmire just ended its four-season run with a rare moment of silence for its title character, who received some much-needed good news as the baseball comedy drew to a close.

During Wednesday’s series finale, the newly wedded Jim and Jules brokered a deal with artificial intelligence Limón, which, in its pursuit to rule the world, was determined to take over and save baseball. We then cut to Opening Day 2034, where Jim received confirmation that his body was responding to an experimental Parkinson’s medication, which would offset some of the debilitating symptoms for at least some time.

Below, series star/exec producer Hank Azaria reflects on his initial concerns about a future-set final season, and how the IFC comedy, originally about a depraved play-by-play announcer, evolved into a cautionary tale on where America is headed.

TVLINE | The show has always had this underlying sociopolitical commentary, but this last season has felt as much about the state of our country as it was about Jim’s journey and the future of baseball. Was it important to you, and important to series creator Joel Church Cooper, that a show about America’s pastime reflect the current disarray of America?
Well, it was definitely very important to Joel. He was really the driving force behind that. I mean, you’re right. Right from the beginning he sort of built-in, in Season 1, that it all takes place in a fracking town, and all that that implies. And certainly Brockmire’s journey through understanding modern society, especially tech culture and social media, was kind of a window into social commentary. But that’s about as far as we went in Season 1, and then each year [it grew]. Season 2 took on racial issues in a big way, and in Season 3, especially that last episode of Season 3… I almost looked at it as a bonus track. We pretty much finished the emotional arc of the season, and then Joel really wanted to kind of step out and look at society in an episode all unto itself, which I was a little nervous about. Not by what the message was but just like, well, can we jump to that, tone-wise, and will it be organic? And I thought it was great. I thought that was one of the funniest we had ever done… And then in this last season, it’s kind of all about a vision of where Joel Church-Cooper feels we’re headed if society continues this way. We were a little bit prescient, unfortunately.

TVLINE | Let’s talk about that. This final season saw a future ravaged by climate change, a country divided among “disputed” and “non-disputed” lands and talk of an epidemic that resulted in victims being burned in piles. How weird has it been to have this season air during a real-life pandemic that has forced Major League Baseball to shut down?
I mean, who would’ve thought that the baseball we present in the show 10 years from now, which is barely alive, is a lot more baseball than we’d be actually getting when the show airs! It feels like science fiction, [and] by the finale, you essentially get this weird comedic version of a Black Mirror episode that sort of ties up where the future is headed.

As far as the pandemic goes, people ask me, first of all, did we change things? Did we re-edit to suit the times? The answer is no. If anything, we considered taking out [the line about the epidemic] because it was too precognitive and weird, but we didn’t want to go back in and recut the episode. It would’ve been expensive, and it was too late anyway. 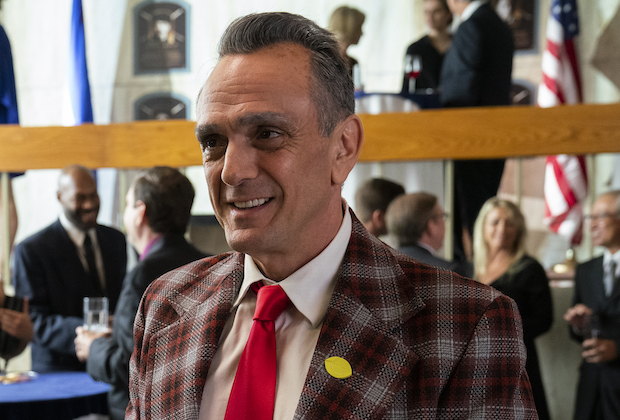 TVLINE | You call it science fiction, but the future presented in Season 4 doesn’t feel that far off.
I said that to Joel. I pushed back a little bit on the premise of this season, more than I usually do. I have learned to let him follow his muse, because good stuff comes out [of that].

TVLINE | How so?
This season was what it was. As far as vetting Joel, I asked him three times, “Are you sure about this?” Just from a performance standpoint, I miss the drunken, drugged-out, sexed-up Brockmire, because it’s just fun to play, you know? I wanted to go back. I said, “Can’t we, for Season 4, return to the lost years — like, go back to his years in Southeast Asia, between when he got out thrown out of baseball and this crazy, drug-fueled romp?” And he’s like, “No, I want to keep the story going and talk about society,” and I said, “All right, but just make sure it’s believable and funny.” That’s all I ever ask. 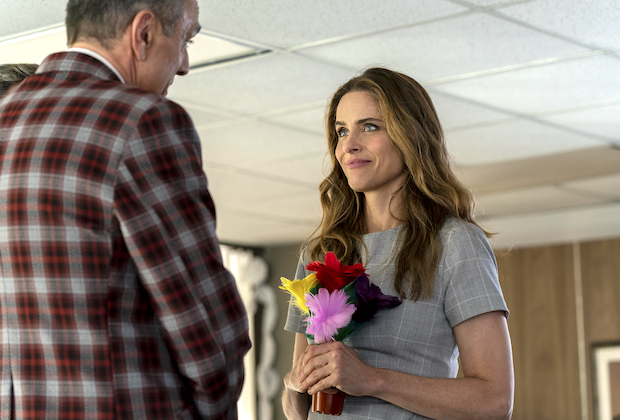 TVLINE | It was certainly a very different show this season, but I appreciated the season-long commentary on Amazon Alexa.
That Limón storyline, I thought, was great. It was utterly believable and really interesting, and actually, really it would’ve been a decent Black Mirror episode, I thought, and [Joel] got a lot of humor out of it, and a lot of humanity out of it.

TVLINE | One of the storylines that kept this season grounded was Jim and Jules finding their way back to each other. Did you ever expect to see them get married?
I knew that there would be some kind of ending for those two characters that was true and felt like it put a bow on it, but whether they ended up together or not I really didn’t know, and I’m not sure that Joel knew. We had figured out a lot of the story arc of Season 1 when [we] came to Joel… All we gave him as far as that love story went was, you know, it should [either] be a female owner or a publicist for the minor league team, and I guess they should probably fall in love or something. That’s about as much as we gave him, and he came back with this insanely detailed, observant, [loving] relationship that I’ve never really seen before, which I think is the best thing about the show. It’s completely real. They’re genuinely dark people [who] accept each other and don’t really try to change each other. 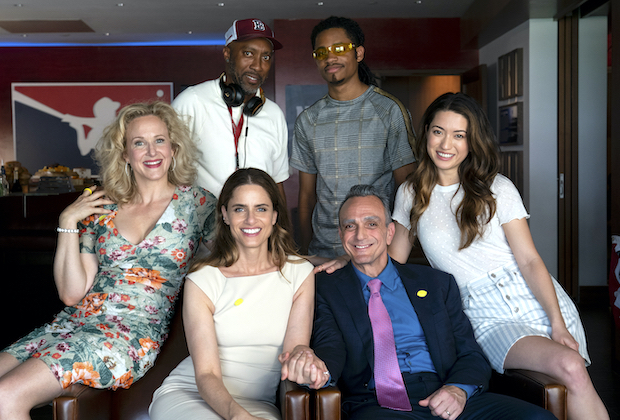 TVLINE | In the end, what do you think was Jim’s greatest accomplishment: saving baseball, or building a family?
I think, really, it was neither. It was his emotional sobriety, specifically the ability to be happy, the ability to experience joy, to actually feel his pain, face it, and then look at the world in a connected, happy, joyous way. I would say that was his greatest achievement.

TVLINE | I wanted to talk a bit about that last shot, where the camera goes to Jim, who is overcome with emotion after finding out that he has more time before the Parkinson’s fully takes over his life. Was it important to you to get that moment just right?
We did a rare camera move. We don’t do too many things in one take, or [different] camera moves, but we wanted to do something a little special for the series finale and [to show] Jim’s emotion. We probably did five or six [takes], and on some, I really felt connected, and on some, you don’t.

TVLINE | What sort of emotions did you draw from in that moment?
You try not to think about it too much in the moment. You’re going to call up what you need to call up, but I was pretty moved. I really do love all of those people — Amanda [Peet], Tyrel [Jackson Williams] and Reina Hardesty, [who] did such a beautiful job as my daughter this year, and Joel… everyone who worked on the show — so I didn’t have to really dig too deep except for just how I really felt about this whole experience.

TVLINE | So much of Jim’s journey has been about the pain that’s he endured, and how he’s managed to come out the other side. Do you think he’s finally found true happiness as this story comes to a close?
I would say so. Whether he just found out he’s got 12 years to live or six months to live, whatever that time is, he knows that he’s going to enjoy it and be connected… He mentions earlier in the season that [baseball is a] game you enjoy just as much with your eyes closed, and so not only are his eyes closed, but his mouth is closed — finally. He is just taking in the game — [first] the sight, [then the] smells and sounds. He’s not commenting on it, not announcing it for anybody, not describing it even to himself. He’s just feeling it with his family… I like the poetry [of that].

What did you think of Brockmire‘s series finale — and Season 4 overall?