Question: Any scoop on the second season of Dead To Me? I just rewatched Season 1 and am dying for any intel on what’s to come next! —Christopher
Ausiello: I just screened all 10 episodes of Season 2 — which drop May 8 on Netflix — and am pleased to report that the Christina Applegate-Linda Cardellini dark comedy staved off the dreaded sophomore slump. Applegate and Cardellini’s frenemy chemistry remains off the charts, and the twists are as jaw-lowering as they are uproarious (one of them lands in shark jump adjacent territory, but because the show embraces/owns the absurdity of the curveball it gets a pass). Oh, and THIS JUST IN: New cast member Natalie Morales is a gosh darn delight. Stop the presses. You heard it here millionth.

Question: I would happily accept a tidbit or two about Station 19‘s upcoming season finale. —Deb
Ausiello: The May 14 closer — which was initially intended to air directly before Grey’s Anatomy’s now-scrapped Season 16 finale — had to be tweaked slightly to remove certain Grey’s spoilers (like this one?). “We edited a little bit out of Station 19 [finale],” showrunner Krista Vernoff tells me. Still, fans can glean clues about the ill-fated Grey’s climax by watching this season’s final TWO Station 19s, which will, as we reported, revolve around an incendiary crisis at Pac-North hospital. “Ironically, when fans watch Episode 15 and 16 of Station 19, they will probably have a feeling of some of what we had planned for [the original Grey’s finale],” Vernoff previously told TVLine. [For more Grey’s scoop, be sure to check out the “4 Bonus Ask Ausiello Scoops” link at the bottom of the column! Or if you’re lazy like me just click here now!] 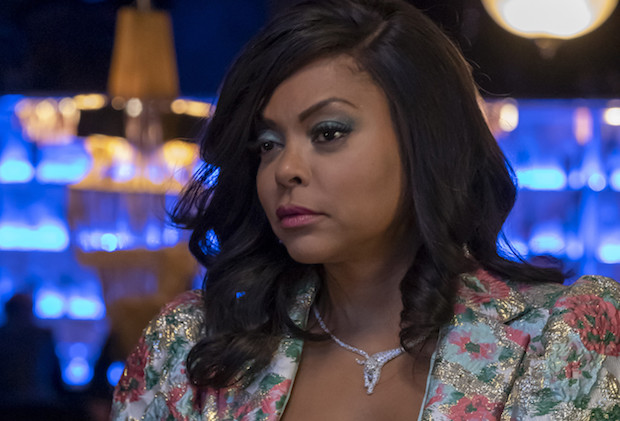 Question: We’re never going to see Empire‘s original series finale, are we? Level with us. —George
Ausiello: Given how little interest there was in Empire‘s makeshift series finale, my money is on nah. I do, however, take showrunner Brett Mahoney at his word when he says he will make every effort to at least get the details of the elusive Episode 20 out there, either via a Zoom table read with the cast or “just releasing the script” out into the world. In the meantime, I have a piece of intel from Season 6’s ill-fated closer to tide you over: The OG swan song concludes with “a slight time jump,” whispers an insider.

Question: Big Killing Eve fan here, and I’m wondering: Is Phoebe Waller-Bridge still involved in the writing process? — Christopher
Ausiello: I have a killer answer for you, Christopher: Yes, she is. Miss Fleabag herself — who created Killing Eve and served as Season 1’s head writer — is very busy these days, of course, but she still “offers input when we ask for it,” Eve executive producer Sally Woodward Gentle reveals. “Also, she’ll occasionally pop up and go, ‘I’ve just been thinking about this. Would that be a good idea?’ So she’s constantly there. She’s like a fairy godmother.” 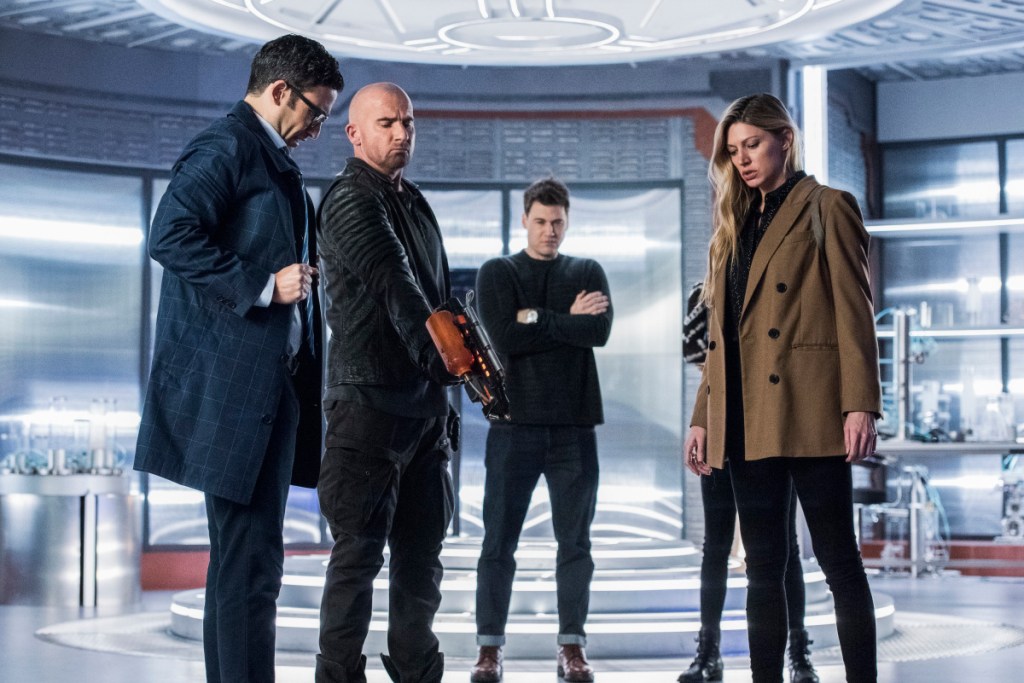 Question: Is the current roster of Legends of Tomorrow sticking around next season? Will we be losing anyone this season? —Derrick
Ausiello: “I mean, it’s Legends. You never know,” star Tala Ashe (aka Zari) says. “We are, I think, in a really lovely way kind of a revolving door, and people leave and also people come back. I would say stay on your toes always with Legends. The writers are always doing their best to drive the story forward and make sure everyone’s happy. So who knows what’s to come in the next few episodes?”

Question: Since it looks like Episode 19 The Flash will be the final one of Season 6, do you guys know what will happen with those last three episodes? Will they be shuffled over to the next season?  —Johannes
Ausiello: According to series lead Grant Gustin, showrunner Eric Wallace “has promised — though we’re not sure how  yet — that we’re going  to wrap up all these storylines that we intended to wrap up, once we’re able to start filming again.”

Question: How will The Flash write off Danielle Panabaker for her maternity leave? —Ani
Ausiello: As hinted with this week’s episode, the stage is being set for what would have been Panabaker’s maternity leave (but now is just, well, everyone’s leave!). Before production shut down in mid-March, “We did get to that,” says Grant Gustin. “And it was interesting, too, because it was getting pretty close to not just her due date but what was safe for her to continue, so we had to jump ahead with just her scenes and shoot those [sooner]. So before we wrap up with 619, we will have [written] Danielle out for the season, and taken Frost somewhere else.” 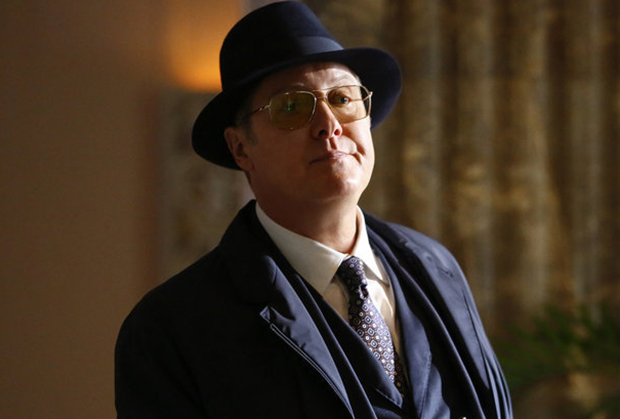 Any scoop on the upcoming final episodes of the season for The Blacklist? How will the shutdown of production affect the upcoming season finale? — Aly
Ausiello: As previously reported, The Blacklist will now wrap on Friday, May 15, falling three episodes shy of its intended Season 7 order. But according to Diego Klattenhoff, who plays Agent Ressler, the ersatz finale “100 percent” works as a conclusion to the season. “[EPs Jon Bokenkamp and John Eisendrath] have a knack for being able to shape and mold these characters and bend them into these spaces,” Klattenhoff teases. “It’s going to tee up everything for Season 8… I don’t think it’s a bad thing that we got shut down earlier than expected. The finale’s going to be something to behold.”

Question: Got anything on next week’s Conners season finale? —Jim
Ausiello: Darlene will be forced to choose between the two most important (adult) men in her life: BF Ben and pa Dan. FWIW, I really hope she picks Ben because she has really put that dude through the wringer the past two seasons.

Question: Outlander intel, please. —Evie
Ausiello: Some knowledge is gleaned in the first few minutes of this Sunday’s episode that will have big repercussions in the episodes — nah, let’s go with seasons — ahead. 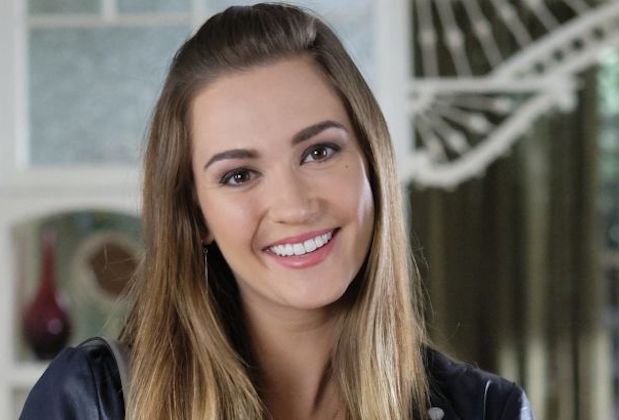 Question: Can you tell us a little about the new Good Witch character, Joy? —Jenna
Ausiello: Played by Wynonna Earp‘s Kat Burell, Joy Harper “comes into town and stays at Cassie’s bed-and-breakfast, and there’s something up with her. She’s a little mysterious,” Catherine Bell told Matt Mitovich. “Some of the other characters, they don’t trust her, and I’m like, ‘Hmm, give her a minute.’ I always like to find the best in people.” Watch for Joy to get pulled into a storyline involving both Cassie and Abigail, as Season 6 kicks off this Sunday, May 3.

Question: This isn’t really a scoop request, but with so many shows ending early, will there still be a May Sweeps Scorecard this year? —Stacy
Ausiello: Sadly, the May Sweeps Scorecard is taking 2020 off on account of there not really being a fully functioning May Sweeps this year. But TV’s preeminent spoiler tracking device thingy will be back with a vengeance in 2021. And if it’s not it just means the world is still royally f–ked so no biggie.

Question: Love Insecure. Got any spoilers, maybe about if Issa and Lawrence are gonna get back together? —Tina
Ausiello: The exes’ future remains strictly TBD. However, they do cross paths for the first time since his big Thanksgiving capital-T Talk with Condola in Sunday’s “Lowkey Losin’ It.” The episode also brings Molly and Andrew’s relationship to a crossroads that may give a fair indication of whether she’s really ready, or able, to break old patterns. 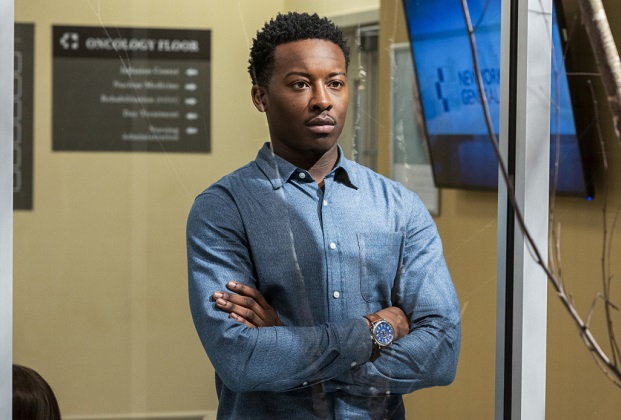 Question: Might another network (or streamer pick) up God Friended Me? —Ron T.
Ausiello: Nope. Last week’s Season 2 finale on CBS was absolutely, positively the show’s last episode ever. Put another way — and I want to apologize in advance for this but, you know, I’m nearing 50 days in quarantine — God shall not rise again.

Question: Any scoop on decisions Davis will have to make in the SEAL Team season finale? —James
Ausiello: Davis is saved any truly tough calls in Wednesday’s early season ender — save for deciding how exactly she introduces Sonny to her new “friend” Reiss. Instead, the finale’s most difficult decision will be made by Ray, seeing as it may have literally explosive consequences for a fellow team member. 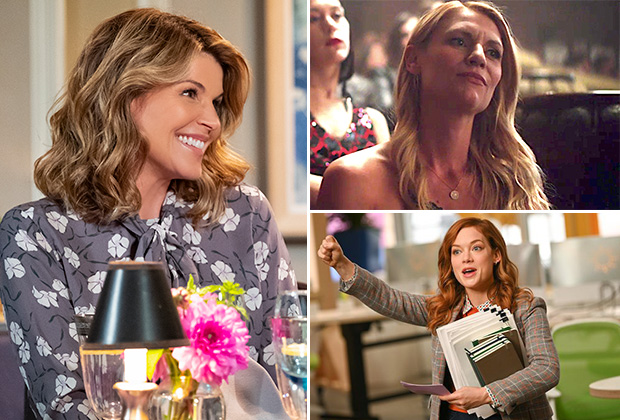 Question: Any idea what we can expect from Batwoman’s finale? — Deb
Ausiello: In addition to what he teased in our recent Q&A, Camrus Johnson said that Episode 20 — which is expected to be the last original of Season 1 — ends with a moment that is “a big reveal, a big surprise, a big turn. It’s something that I never considered, and while I don’t want to give too much away, it’s really awesome so I’m psyched to see how everyone reacts to it.”