We’ve got questions, and you’ve (maybe) got answers! With another week of TV gone by, we’re lobbing queries left and right about shows including Empire, NCIS, Riverdale and Law & Order: SVU!

1 | After Dynasty‘s subtle reference to the Moldavians, is anyone else worried that the reboot will recreate the infamous massacre from the original series, at Fallon and Liam’s wedding? 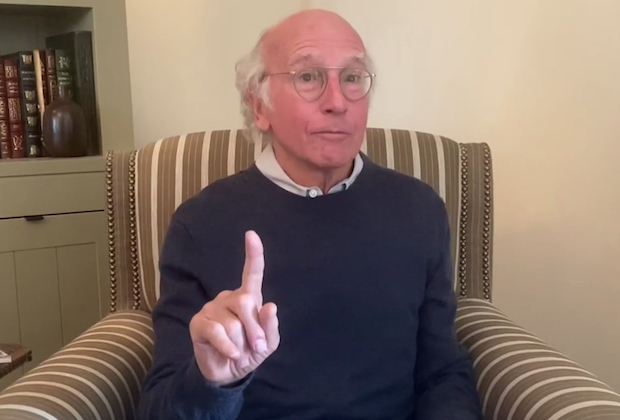 2 | SNL‘s Larry David didn’t have a suit at home to wear for his Bernie Sanders bit…?

3 | Outlander book readers: Do you think the show will include [Spoiler]’s suicide attempt next season, given that Ian — who does not try to off himself in the novels — had a plan to poison himself this week?

4 | Seriously, though, how did Homeland‘s Carrie — a fugitive from justice, last we checked! — just waltz onto a heavily fortified U.S. air base in Afghanistan, relay vital information, and then leave without anyone stopping her?

5 | What’s your best guess as to why Run‘s Ruby ditched her family to skedaddle with her ex? And will these two actually be able to tolerate each other as they travel cross country? (It seems unlikely.) 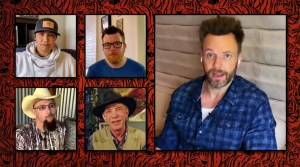 6 | The Tiger King and I‘s more shocking reveal: that Joe Exotic was actually terrified of big cats, or that there was so much more animal violence than we got any sense of on-screen?

7 | Why didn’t ESPN ship to its H-O-R-S-E Challenge players easy-to-use video equipment, so there would be some semblance of a consistent look/quality? Also, who can’t request access to a local school’s indoor gym for a nationally televised event?

8 | Did Monday’s episode of The Neighborhood — which found Calvin and Tina use their tax refund to book a trip to Italy, of all places — feel like it took place in an alternate universe, given the quaran-times we live in?

9 | On The Bachelor Presents: Listen to Your Heart, when the show and contestants keep pointing to A Star Is Born as their ideal love story… did they not watch the whole movie to see how that particular love story ended?

10 | On The Baker and the Beauty, was that a unisex bathroom, with exposed urinals, that Noa and Daniel met in?

11 | Were you surprised by just how involved Brad Pitt was in his episode of HGTV’s Celebrity IOU? Were you expecting him to just do a short meet-and-greet with the Property Brothers before disappearing until the big reveal? 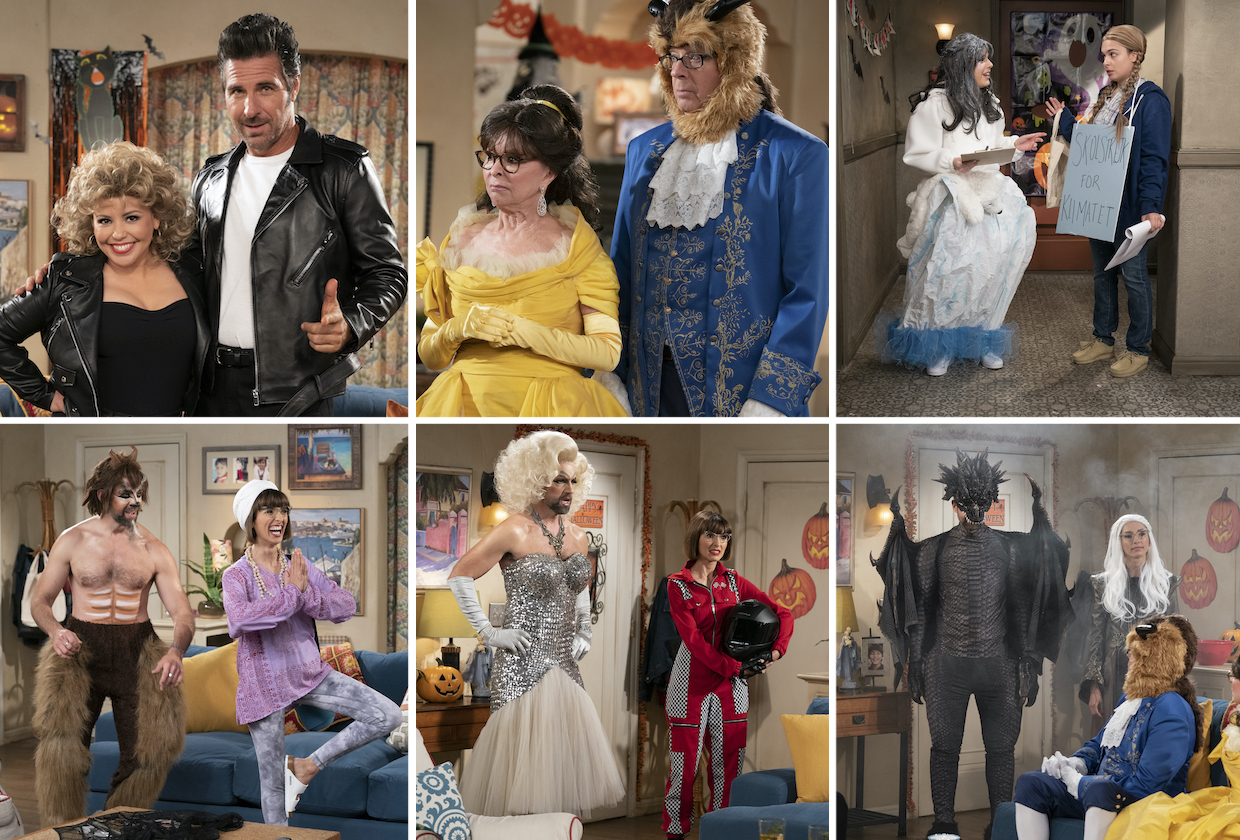 13 | Shouldn’t The Conners wait and see if Katey Sagal’s ABC drama pilot Rebel gets picked up before moving full-steam ahead with a Dan-Louise romance?

14 | We get that Empire exists in a heightened and implausible universe, but isn’t asking us to believe that Hakeem would be generating awards-season buzz for playing his dad in that terrible-looking Lucious Lyon movie a step too far?

15 | Wouldn’t NCIS‘ Joe Smith at some doctor’s appointment over the past 70-plus years have learned he had shrapnel in his arm? And thus was carrying around evidence of his Pearl Harbor story? Also, regarding McGee’s running “Aunt Lupe” gag, what is the likelihood an email invite would ask people to RSVP by phone? 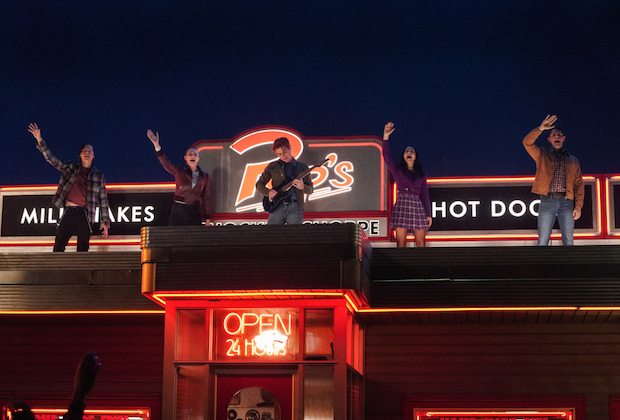 16 | On Riverdale, how did the Archies’ final performance on the roof of Pop’s work, exactly, since they had no microphones or speakers up there that we could see? Didn’t we see Archie unplug his electric guitar? How did he then play it on the roof with no problem?

18 | It’s always nice to see Survivor players reunited with family, but isn’t 30 minutes of screen time a lot for such a visit? Don’t you wish the show was airing super-sized episodes this season?

19 | On Chicago Fire, was Brett’s upset reaction at Foster kind of a bit much? Why does Foster need to run a life decision by her?

20 | In What We Do in the Shadows‘ second episode, how loudly were you yelling at the TV, “Nooooo!” as Laszlo’s ghost detailed the hands-on help he needed with his “unfinished business”?

21 | How shocked were you when The Challenge‘s pint-sized rookie Jay took out franchise legend CT? And are you for or against Wes and Johnny’s new alliance (or dare we say, friendship)?

22 | On The Good Fight, do you believe that Diane’s doctor would order her to take a months-long leave of absence from work for what was, at best, a mild concussion? 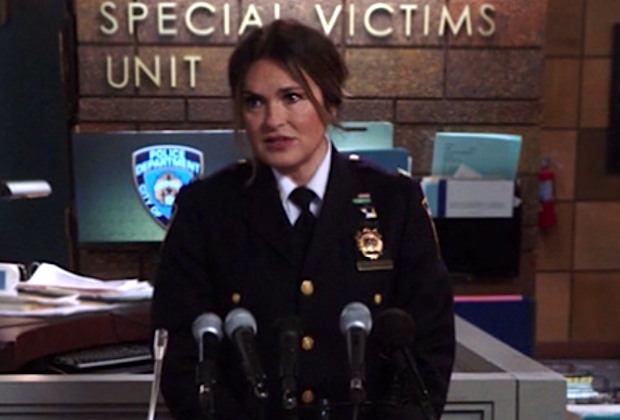 23 | Longtime SVU fans, did it hit you that this was the first time we’ve seen Benson in a captain’s uniform?

24 | How to Get Away With Murder fans, did you buy any of Xavier’s confession to Frank and Nate? Or did you suspect he was playing them?

25 | In the Devs finale (spoiler alert!), how could Katie and Forest possibly not have known what Stewart was going to do, if everything was pre-determined? Also, is there any chance that Forest reinstated Jamie’s memories too, since the two had become chummy after their chat? 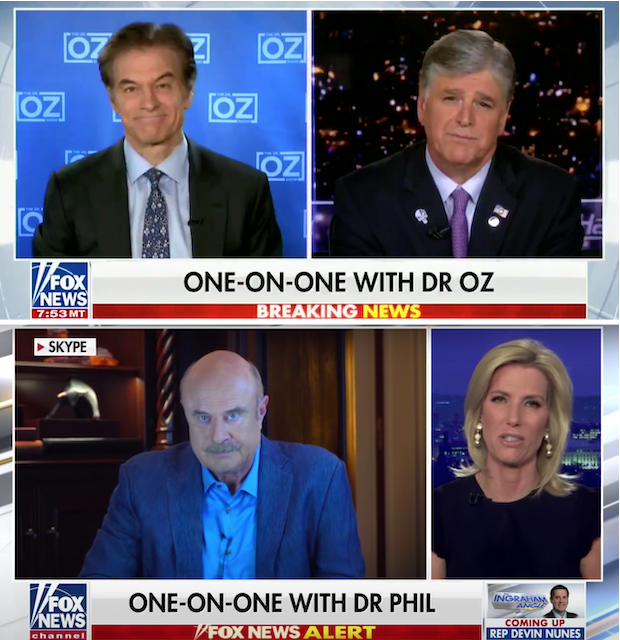 26 | Should we maybe stop listening to daytime-TV doctors when it comes to the coronavirus?

27 | Has anyone out there who signed up for Quibi remembered yet that there is a new episode/”chapter” to watch each day?