There’s no doubt that How to Get Away With Murder will reveal Asher Millstone’s killer sometime in the next five weeks. But that won’t stop us from speculating wildly in the meantime!

The ABC drama returned on Thursday after a four-plus-month hiatus (read our recap here), and though its spring premiere offered some new clues about who murdered Asher, we’ve yet to learn the culprit’s actual identity. 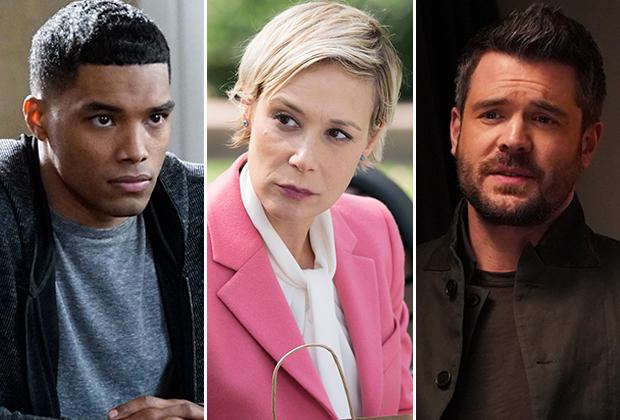 To that end, we’ve done some theorizing of our own about who might have wielded that deadly fireplace poker — and, to make the debate a little more interesting, we’ve ranked our current suspects from least to most likely.

Throughout Thursday’s episode, Murder seemed to point the finger at Frank Delfino, who spent significant time with Asher on the night he died (and Frank didn’t look too thrilled that Asher could be the FBI informant).

But was it really Frank that bludgeoned Asher in his hallway? Might it have been Bonnie, who also suspected Asher as the mole? Or did Connor and Michaela actually commit the crime for which they were arrested on graduation day?

We’ll be updating our rankings as new intel comes in — but in the meantime, scroll through the attached gallery (or click here for direct access) to see our current theories, then vote in the poll below and drop a comment with your own ideas!