Staying indoors due to a pandemic-induced quarantine can be kind of a drag. The silver lining? We’re catching up on a lot of television.

During our collective time in isolation, TVLine has offered recommendations on shows to binge while social distancing, or shows to keep on in the background while you’re working from home. But now, we want to hear from you: Which series have you been catching up on while you’re stuck inside?

Best TV Shows to Watch While Working From Home 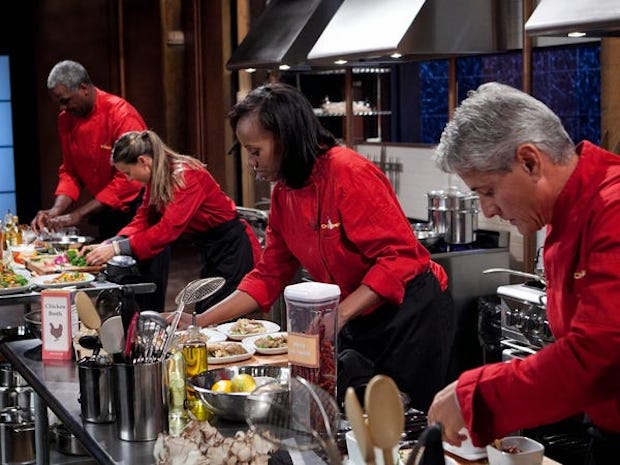 Even though watching television is part of the job for Team TVLine, we’ve each got our own backlogs that we’ve been working through these last few weeks. I’m currently chipping away at The Mandalorian and Watchmen, both of which I fell behind on when they were airing new episodes. Ryan Schwartz has been spending time with Netflix’s Big Mouth preteens, while Kim Roots has at last been able to visit The Good Place.

So, which shows have you finally gotten around to watching? Whether it’s a current show you’d fallen behind on, or a beloved classic you’d always wanted to try, we want to hear about the programs getting your attention in these peculiar times.

Hit the comments below to tell us what you’ve been bingeing — and don’t be shy about reviewing your recently watched series!