We’ve got questions, and you’ve (maybe) got answers! With another week of TV gone by, we’re lobbing queries left and right about shows including Good Girls, 9-1-1, A Million Little Things and Legacies! 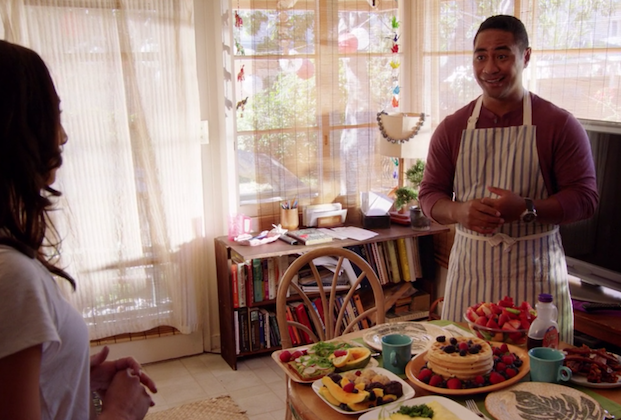 1 | Is one of Hawaii Five-0‘s biggest leaps of logic ever — in its 10-season history! — that Tani would have turned away Junior’s amazing-looking, homemade breakfast?

2 | On Batwoman, how did Mary holding Luke’s hand during a time of high anxiety go without comment, or even a startled look from the latter?

3 | If Supergirl‘s Alex confidently chose the blue shirt for Kara’s first date with William, why did Kara wear the purple one? Does she not value her sister’s taste in fashion?

4 | How are Good Girls‘ Beth, Ruby and Annie ever going to live with themselves after [Spoiler]’s shocking murder? And how surprised were you by that turn of events?

5 | Can presidential debates never have audiences ever again? Please? 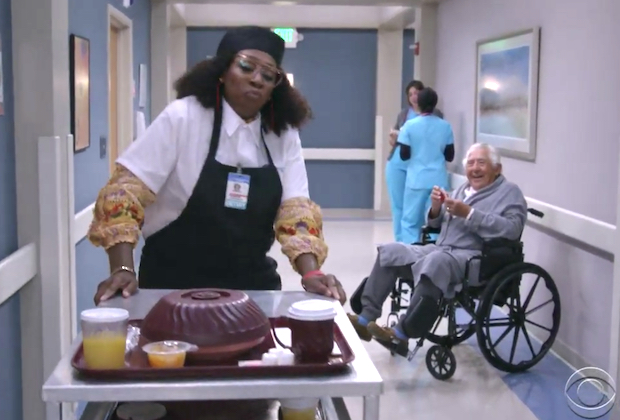 6 | Are we to assume that Bob Hearts Abishola‘s titular sock salesman is a Trump supporter, after he claimed that his company not having to pay taxes last year is “what makes this country great”? Does the show have the Emmy for Multi-Camera Picture Editing in the bag after that distinctive cold open, which found Kemi delivering food to patients, then racing down the stairs of the hospital? Are you hoping the show goes there with Christina and Kofo? And how loud did you groan when the show pulled the totally soap-opera move of having Kemi witness Bob hugging his ex?

7 | Were you relieved that All Rise didn’t turn the storyline involving Lola’s BFF defending a sex trafficker into one of those, “Dear friend, I am shocked to see how far you have fallen!” things? 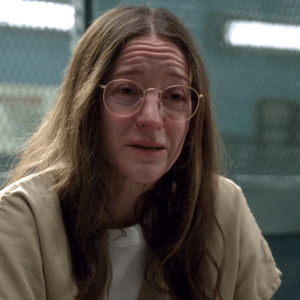 8 | Could Bull have made the mousy scientist/defendant look any more mousy? Did you get the feeling hair and makeup kept getting notes from the producers, “Nope — go mousier”?

9 | 9-1-1 fans, especially those of the “Buddie” variety: Did you also read way too deeply into Buck saying, “This is Eddie’s house, I’m not really a guest”?

10 | We get that The Voice‘s Blake Shelton likes to play the out-of-touch granddad, but there’s no way Gwen Stefani’s significant other doesn’t know what emo is, right?

11 | On This Is Us, why in Randall’s second alternate timeline do you suppose would Kate not wind up with Toby? (We figure Kevin wound up in construction vs. acting because Dad was around to foster a family business.) Update: Answer is below in Comments!

12 | Why did The Flash have Barry give voice to the very real logic problem with Thawne, who is not a Wells, merging inside Nash with the other Wellses, only to immediately change the topic? Biggest hand wave ever?

13 | Were you surprised to learn the Legends of Tomorrow all share one bathroom, Brady Bunch-style? (Gideon can’t fabricate at least a spare potty?)

14 | Why hasn’t The Conners‘ Ben expressed any concern about money as he and Darlene attempt to launch their own magazine? (Surely it’s not just Darlene who’s strapped for cash.) Also, wouldn’t the episode-ending cameo by Ozzy and Sharon Osbourne have been exponentially more satisfying had ABC not spoiled it in a press release days earlier?

15 | Could The Resident have picked a worse week to introduce a “super-bug” subplot? (Or to remind us just how quickly we spread our germs to other people?)

16 | Does Tonight Show host Jimmy Fallon really have a slide built into his house?

17 | After this week’s Chicago Med, who else wants to have a bowling wedding? And did anyone in the Chicago Med/CSI: NY Venn diagram overlap notice that Anna Belknap guest-starred this week, while TV-husband Carmine Giovinazzo appeared in the previous episode?

18 | As much as SEAL Team fans would hate for Clay to leave Bravo, wouldn’t you in fact be interested to see him pursue the path of admiral, and make bigger waves? Also, why has S.W.A.T.‘s Buck not mentioned to anyone that he now works as Jason Hayes’ shrink!

19 | On Star Trek: Picard, are we really supposed to worry that Jean-Luc might be dying soon, when we know the show has been renewed for Season 2 and would never return without its title character?

20 | What insight, exactly, did A Million Little Things‘ Eddie think he would glean about a decades-old mysterious death by driving to the scene of the crime and… staring at a lake? And are Darcy/Gary seriously challenging your previously held Maggie/Gary endgame?

21 | Were any Legacies fans secretly hoping that Josie would kill Hope, if only to unlock the tribrid’s long-dormant vampire powers?