Question: I would welcome with open arms anything you can share about the remaining episodes of This Is Us. —Michelle
Ausiello: How about some exclusive intel on the Season 4 finale? I can confirm that the forthcoming season ender (aka Episode 18) will bear the title, “Strangers: Part Two.” What does this tell us, aside from the likely fact that the finale will serve as something of a bookend to the Season 4 premiere, which was titled “Strangers”? Well, at the very least, I think we can assume that the adult version of Kate and Toby’s musician son will get some airtime. And perhaps MIA Cassidy will put in another appearance to bring some closure to her arc (and answer the baby momma mystery once and for all)? I’m just spitballing here.

Question: I’m seeking any new scoop on Lucifer. Specifically, I’d love to know how the negotiations for Season 6 are coming along. —April
Ausiello: Negotiations between Warner Bros. Television and Netflix continue and both sides appear optimistic that a renewal deal will come to fruition. Length-wise, I’m hearing the bonus season would likely consist of between 10 and 13 episodes. 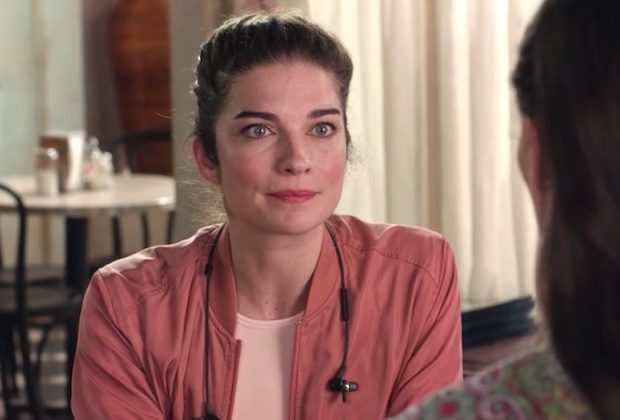 Question: Please give me a reason to keep watching Schitt’s Creek now that they broke up Ted and Alexis. Or tell me I can quit — either way. I’m gutted. —Shelley
Ausiello: You’re not alone. But there remains fun stuff on the horizon, including the “Wait, whaaat?” fling into which Alexis throws herself — and a protective Johnny insinuates himself — in Tuesday’s “Rebound” episode of the Pop TV comedy. The installment also puts Moira in the uncomfortable position of having to smooth feathers she ruffled by telling People magazine what she really thinks of the small town she calls home.

Question: How will Trixie react to Lucifer being gone? –Maria
Ausiello: You mean, now that he is in H-E-double hockey sticks? “That’s a great question,” answers co-showrunner Joe Henderson. Teasing Season 5 (premiere date still TBD), he says, “Trixie seems to be very understanding of Lucifer and his departure. But you know kids — they don’t always tell you how they really feel, do they? Could Trixie finally turn on her favorite devil?”

Question: Is Netflix bringing What/If back for another season? It was a guilty pleasure of mine. And series creator Mike Kelley mentioned that he had ideas for multiple standalone seasons. —Brad
Ausiello: Netflix isn’t commenting on the anthology noir’s future but multiple sources confirm that there are no plans for What/If to return for Season 2. On the bright side, I think Renée Zellweger is gonna be OK.

Question: When is The Walking Dead going to kill Alpha? Tired of Whisperers! —Gordo
Ausiello: Chill, Gordo. Handling a Big Bad is like making a walker-skin mask — it takes a while. In the meantime, you can look forward to the villainess getting into one hell of a knock-down drag-out fight in Sunday’s “Stalker (AMC, 9/8c), Daryl proving just how far he’ll go to try to save Connie (OK, and Magna), and a surprise ending for a character who’s been around since Season 7. 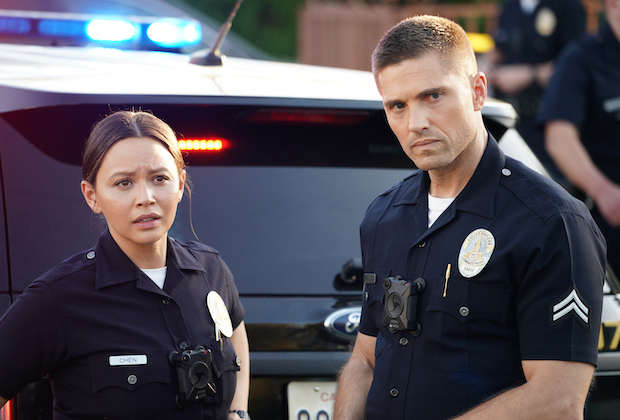 Question: Anything on The Rookie? —Carolyn
Ausiello: Coming out of Lucy’s brush with death, Tim will be a (slightly) changed man. Before, “He kept his wife so close to him and got burned in a way,” Eric Winter notes. But now, he will allow himself to let people in. “It’s going to be something Tim builds on, to start appreciating his relationships more in general.” BONUS SCOOP: Alyssa Diaz, who plays Angela, tells us that SNL star Pete Davidson’s March 10 turn as Nolan’s half brother is, expectedly, “very fun,” bringing “another dynamic and layer to the show.”

Question: Any comings and/or goings on Dynasty we should know about? —Sarah
Ausiello: If you’re asking what I think you’re asking, the answer is no. But I can report that Wil Traval is being introduced as a potential love interest for — wait for it — Cristal! The Once Upon a Time and Jessica Jones vet will recur as Father Caleb Collins, a “young, charming and irreverent priest with a soft spot for the disabled vets who rehab in the hospital’s clinic,” per his character’s official description. “But when his duties as the hospital chaplain put him on a collision course with the clinic’s new director, Cristal Carrington, not even the Lord above can stop the chemistry between this very married woman and very attractive man of the cloth.”

Question: A Million Little Things scoop, please. —Paula
Ausiello: When The Following‘s Sprague Grayden shows up as Eddie’s sister, Lindsay, in next week’s episode, she’ll stir up a bunch of trouble that will affect Ed for episodes to come. “She is bringing up memories, mentioning things to Eddie that he had kind of forgotten about or did not remember whatsoever,” series star David Giuntoli says. And if you guessed that being blackout drunk for years helped Eddie repress that unpleasantness, you’d be right! But exactly how bad was Eddie’s bad stuff? The revelation concerns “some behaviors of his that really bother him now as a sober, ethical — well, recently ethical — guy,” Giuntoli teases with a laugh. 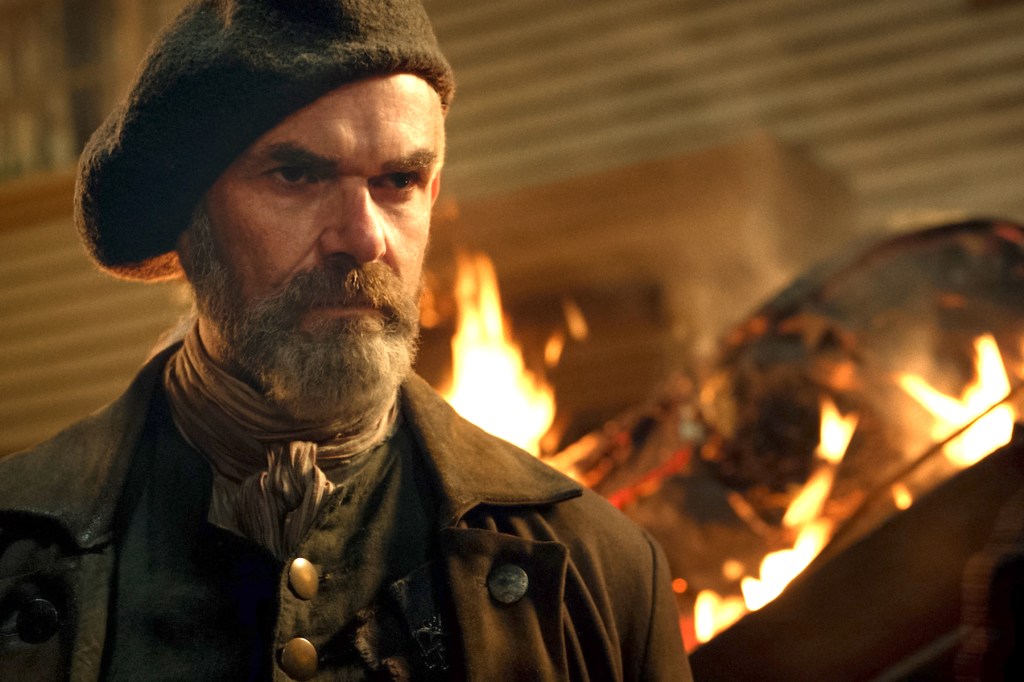 Question: Are we going to see Duncan and Jocasta’s wedding this season on Outlander? (Please say no.) —Nancy
Ausiello: We posed that very question to executive producer Maril Davis, and here’s exactly what she said: “We might. We might or we might not. It all depends on what happens between” star-crossed lovers Murtagh and Jocasta. Now you could read that as a non-answer. But I feel pretty good about the first two words in Davis’ response.

Question: Anything you can spill about Chicago P.D.‘s ‘Upstead’? This whole “will they, won’t they” slow burn is making me crazy! —Ashleigh
Ausiello: In the March 4 episode, Halstead and Upton are “involved in a case where they believe domestic violence is taking place, and they both have their own relationship to that,” showrunner Rick Eid previews. “They’re trying to walk a very complicated and emotional line about how to proceed.” As for a potential romance, of course, the characters “have strong feelings for each other,” but “it’s complicated and there are obstacles to it,” Eid reminds us. “But their feelings haven’t changed.” 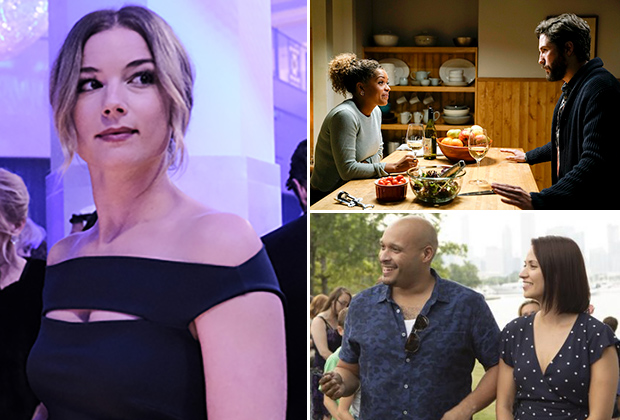 Question: Can you tease any future Lauren Graham musical performances on Zoey’s Extraordinary Playlist? —Jennie
Ausiello: I have two words for you. The first one is TiK. And the second one is ToK.

Wait — there’s more Ask Ausiello to be had! Head to the attached gallery above — or click here for a direct link — for five BONUS AA items, including new details about a certain Windy City wedding. (Additional reporting by Kim Roots, Vlada Gelman, Rebecca Iannucci, Ryan Schwartz and Charlie Mason)