It’s been so long since A Million Little Things checked in with Delilah’s father, Lenny, he seems like a whole new person.

When Lenny shows up in Thursday’s episode (ABC, 10/9c), he will no longer be played by Gerald McRaney. CSI vet Paul Guilfoyle has taken over the role, TVLine has confirmed.

We hear that the recast happened because McRaney had a scheduling conflict that prevented him from returning to the ensemble drama. 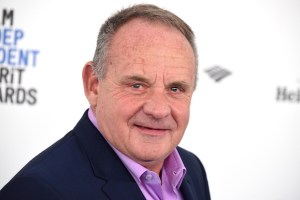 Guilfoyle played Jim Brass on the long-running CBS procedural. His TV credits also include The Good Fight, Blindspot, Colony and The Morning Show. He’s also known for his roles in films like Primary Colors, Air Force One and L.A. Confidential.

Per the official synopsis for Thursday’s episode, titled “Daisy,” Delilah and Sophie will put aside their differences during a family emergency. Meanwhile, Rome and Regina meet their potential birth mother and then soon learn that she might be in a lot of danger. Elsewhere, a friend’s cancer-remission party causes Gary and Maggie to face some hard truths about themselves, their relationship and their future.