THE PERFORMANCE | In Thursday’s winter premiere of Grey’s Anatomy, as Bailey struggled to regain control following her miscarriage and the accident that had imperiled husband Ben, Wilson sketched a portrait of a woman on the verge that was so real, it all but ached.

Sometimes, the actress used broad strokes — when Bailey pushed aside her roiling emotions by ordering Schmitt to do the same, for instance, and when she panicked that Helm was going to die on the operating table right in front of her. Other times, Wilson drew in fine lines — as when she let terror and relief fight in her eyes in the moment that Helm’s heart restarted.

But what really made Wilson’s portrait of grief and rage such a masterpiece was the finishing touch that she put on it. When Richard assured Bailey that her residents were fine… everyone was fine, she at last allowed herself not only to express the feelings she’d been choking down but experience them. Wilson’s voice as raw as a fresh wound, Bailey replied that no, everyone wasn’t fine — she wasn’t.

With that, her portrayer let boil a toxic cocktail of anger and sorrow as Bailey marveled that her daughter had been there one moment and the next, she’d just been… gone. And there’d been nothing Bailey could do but stand there and lose her. In that moment, we were helpless, too. As Wilson submerged Bailey in grief, we could only sit there and watch, in equal measure heartsick and impressed. 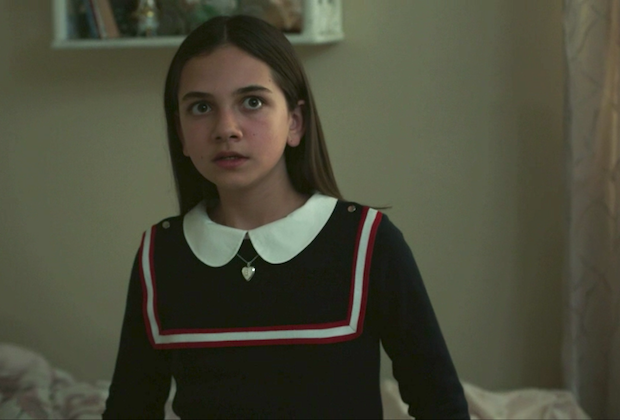 HONORABLE MENTION | We know that the Powers That Be already have an idea of who’ll get a spinoff once the crime drama ends in a few weeks. But if there’s any wiggle room left, we’d like to lobby hard for Elisa Marie — because in Sunday’s episode, Mattea Conforti was gold. We’ve always liked her portrayal of Proctor’s young daughter, but this week’s installment displayed her ability to play the aching reality of an innocent girl manipulated by a world full of very bad people. Elisa Marie’s internalized grief over her parents’ deaths came through in all of Conforti’s choices, cresting with the way Elisa Marie seemed unable to decide whether to fear Tommy or tell him her sad life story. If Conforti is this good this young, we can’t wait to see what the coming years will bring. 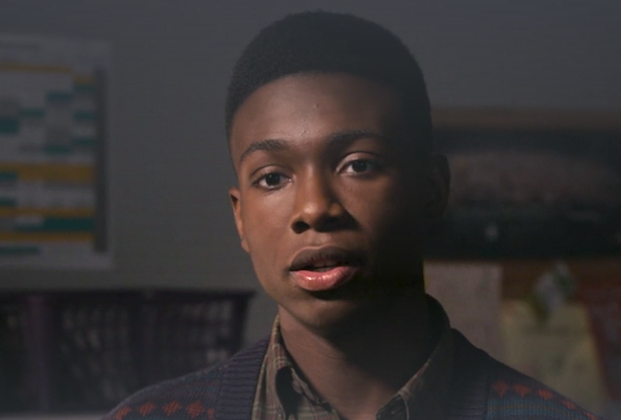 HONORABLE MENTION | Anxiety is a cruel condition that creates an all-consuming inner torment while its sufferers struggle to maintain status quo. Niles Fitch‘s performance in Thursday’s This Is Us proves that he absolutely understands that painful dichotomy. Fitch was so believable while college-age Randall tamped down his worries, and then heartbreaking as those worries resurfaced as inescapable nightmares. But we were most impressed with the scene in which he and new girlfriend Beth discussed the prospect of therapy. Fitch spoke quietly but firmly, showing Randall’s hesitance to discuss this debilitating aspect of his personality — but he allowed some vulnerability and hope to seep in, as well. Perhaps most impressively, Fitch closely mirrored co-star Sterling K. Brown’s approach to Randall’s situation, lending the hour a throughline that strengthened the episode on the whole.

HONORABLE MENTION | In Season 2 of Netflix’s Sex Education, Aimee Lou Wood superbly dramatized the rollercoaster of emotion that befalls a victim of sexual assault. But it was in Episode 7, when her character Aimee could no longer balance her myriad states of mind, that the actress really shined. “If he could do something like that, then anyone could,” she broke down to her friends. “I always felt safe before and now I don’t.” As Aimee grew more cognizant of her feelings, Wood’s vulnerability and mannerisms sold her character’s psychological damage. With support from her gal pals (and a trip to a junkyard), she pushed through the rage. “I’m angry that a horrible man ruined my best jeans and nobody did anything and now I can’t get on the f–king bus!” she screamed while smashing a car to pieces. Wood’s performance allowed us to witness the devastating effects of sexual assault on a young woman. By the time Aimee courageously reboarded that bus, Wood had transformed her from fearful victim to brazen survivor.