The exclusive photo below shows the songbird in all her (at least, we’re guessing it’s “her”?) regal glory, standing tall in a flurry of feathers, crystals and some white satin gloves. Though we can’t quite make out where the performer’s eyeholes are.

Swan joins a Season 3 roster that includes the previously revealed Llama, Banana, Miss Monster, Frog, Mouse, Robot, Kangaroo, White Tiger, Turtle and Astronaut. A teaser shown after the Fox reality competition’s Season 2 finale seemed to offer early hints on who would be beneath the elaborate get-ups this time around… or it was just a really well-produced red herring.

Masked Singer‘s Season 3 premiere will air on Sunday, Feb. 2, after Super Bowl LIV. Beat Shazam host Jamie Foxx, another frequently guessed celebrity on the zany singing series, will join judges Jeong, Nicole Scherzinger, Robin Thicke and Jenny McCarthy on the judges’ panel that evening. Then, on Wednesday, Feb. 5, it will make its time-slot debut at 8/7c.

Take a gander at the Swan photo below — click on the image to see it even bigger — then watch a new promo and hit the comments: Who would you like to see under the big bird’s many feathers? 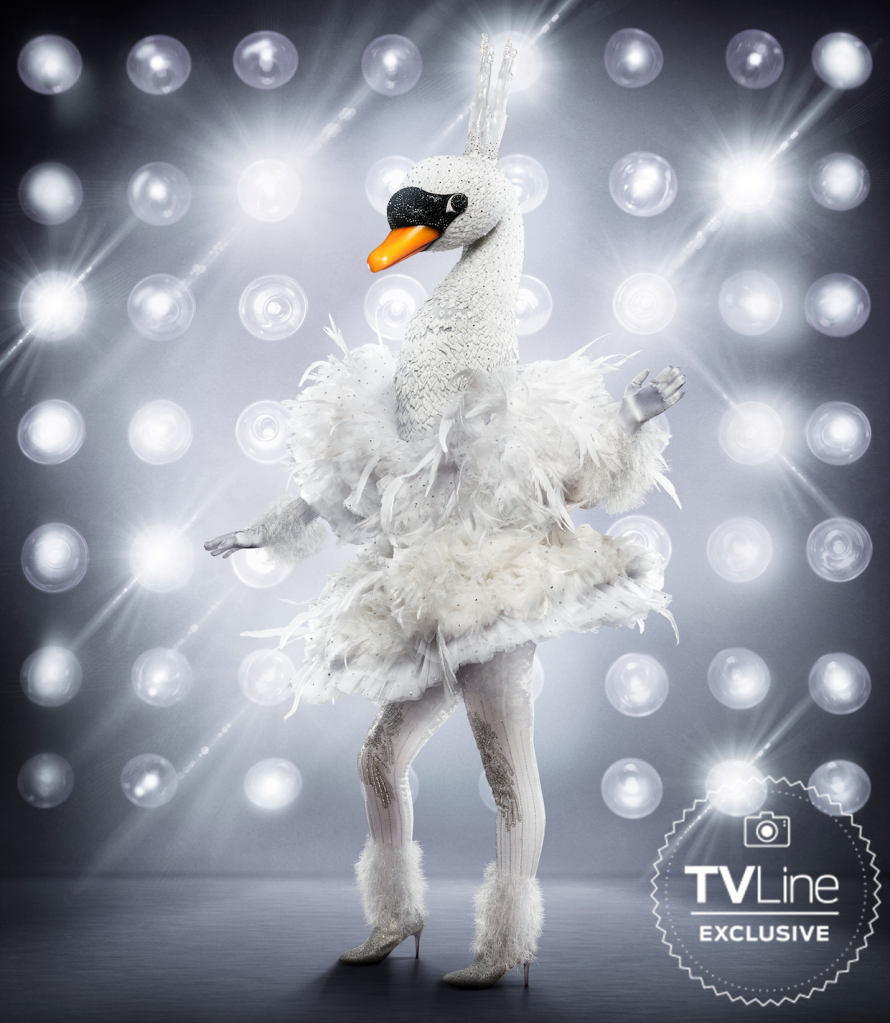