Michelle Tanner may not have shown either of her faces in Fuller House‘s fifth season, but thanks to a steady stream of shout-outs, she was never far from our minds.

The first mention of the elusive third Tanner sister came in the Season 5 premiere, when D.J. and Kimmy’s kids were sorting through the attic. Max explained that he learned about their family’s history through eight years of carefully curated home videos (“It’s almost like a TV show…”), concluding with the time “Aunt Michelle got amnesia” after falling off her horse. Good times, good times.

Michelle came up again — though not by name — in the midseason finale, when Danny congratulated D.J., Stephanie and Kimmy on their triple engagements. “You know, it’s so nice to have three daughters again,” he joked.

Series creator (and former showrunner) Jeff Franklin confirmed to TVLine back in Season 3 that he stopped asking Mary-Kate and Ashley Olsen if they were interested in reprising their iconic role. “The door is open, but I’m not going to be calling them anymore to invite them,” he explained. “They just don’t seem interested in coming. It’s been three years of invitations, so they know the door is open. It’s up to them to decide if they want to come play or not.”

And now, Candace Cameron Bure has confirmed to TVLine that no invitations were extended for the comedy’s final season, which wrapped production last month. “We did not reach out to them,” she said. “It was very clear several seasons ago that they did not want to do it.” 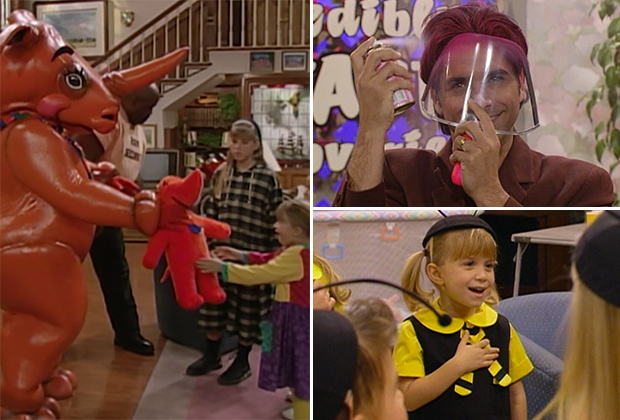 Are you disappointed that Michelle never made an appearance on Fuller House? Drop a comment with your thoughts below.