If The Cutting Edge and Flesh and Bone had a baby, Spinning Out would be that graceful-yet-highly-messed-up kid.

The newly released first trailer for Netflix’s figure skating drama introduces us to Kat Baker (played by Kaya Scodelario, The Maze Runner), a talented skater on the rise who has a really bad fall and finds herself off the competition track. She’s about to unlace her skates for good when circumstances allow her to keep her nascent career going “with a talented bad-boy partner” named Justin Davis (Evan Roderick, Arrow), the series’ official logline previews.

January Jones (Mad Men) plays Kat’s mother, Carol, a former figure skater who has raised Kat and her younger sister Serena (Willow Shields, The Hunger Games) alone in Idaho. As you can see in the trailer, Carol’s not exactly the warm-and-fluffy type. “You were perfect,” she spits at Kat at one point in the trailer, “but now when I look at you allI see is wasted potential.” Ouch.

Kat is determined to make it to the Olympics, but — as the video above shows us — the path is long, dark and paved with pain, pills and parental disappointment. 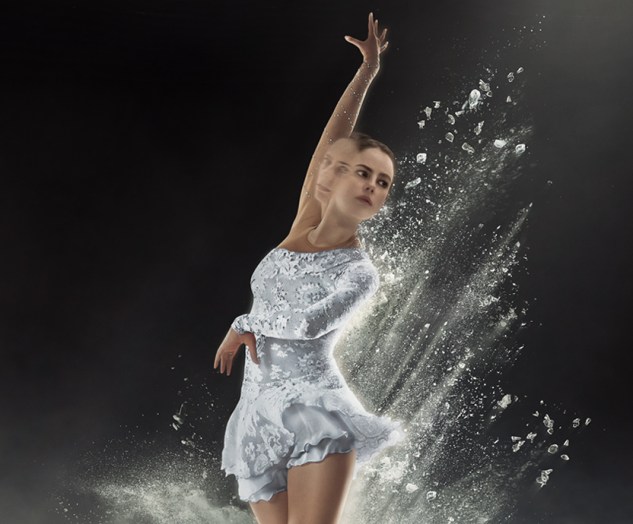 American Horror Story‘s Emma Roberts originally was slated to play Kat, but reported scheduling conflicts led her to leave the series in October 2018, less than a month after accepting the role. Mr. Mercedes writer Samantha Stratton wrote Spinning Out‘s pilot script, and will serve as co-showrunner/executive producer on the 10-episode drama, along with Lara Olsen (90210, Reign).

All 10 45-minute episodes of Spinning Out will premiere on Wednesday, Jan. 1, 2020. Press PLAY on the video above to watch the trailer, then hit the comments: Are you planning to watch?