Madam Secretary‘s President Elizabeth McCord has averted nuclear war, survived impeachment proceedings and re-won American hearts and minds — and all of that in just the last episode! — so yeah, she’s earned a day of celebration.

And what better reason to kick back and sip bubbly than her daughter’s wedding, which just happens to take place in the CBS drama’s series finale on Sunday (10/9c)?

In the episode, titled “Leaving the Station,” plans for Stevie and Dmitri’s nuptials are going along swimmingly when they suddenly hit a snag. “Some things go awry,” series star Tim Daly confirms to TVLine, teasing that the day might not wind up exactly how the elder First Daughter planned it.

But Madam Secretary wouldn’t be Madam Secretary without a little political intrigue, and the series’ swan song manages to introduce yet another of Elizabeth’s political opponents: Ohio Senator Amy Ross (played by Daly’s real-life sister/Cagney & Lacey star Tyne Daly), who staunchly opposes some legislation the McCord administration is championing. 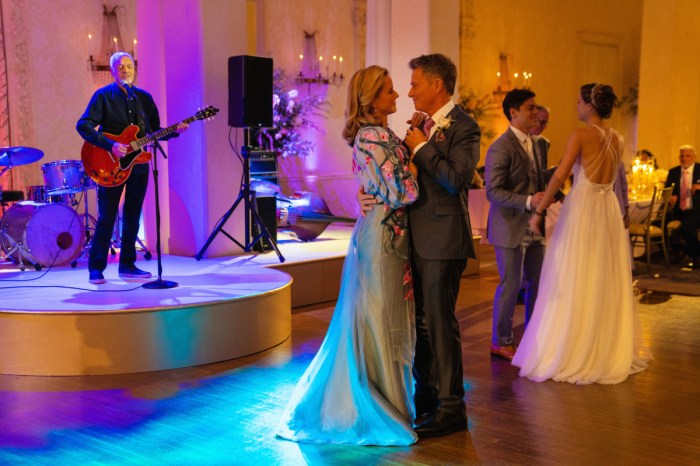 Daly is just one of the finale’s guest stars. Others include members of the U.S. Women’s Soccer team, Cicely Tyson (How to Get Away With Murder) and former series regulars like Sebastian Arcelus, Geoffrey Arend, Keith Carradine and Katherine Herzer.

In advance of the series’ wrap-up, we got stars Téa Leoni, Erich Bergen and Tim Daly to give us the inside scoop on the episode. Click on the gallery above — or go directly to it here — to see what they had to say, then hit the comments: What would you like to see happen before we leave Elizabeth in the Oval Office?