We’ve got questions, and you’ve (maybe) got answers! With another week of TV gone by, we’re lobbing queries left and right about shows including The Rookie, Prodigal Son, The Flash and The Conners! 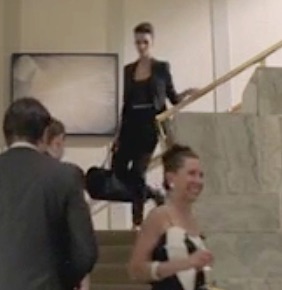 1 | Why would Batwoman‘s Kate make a date with Reagan at a fundraiser she simply had to know would go sideways/need Batwoman’s intervention? Speaking of which, are we to believe the Batsuit fits into that medium-sized gym bag?

2 | How few cop shows/movies has The Rookie‘s Nolan seen that he didn’t know the wired C.I. was gonna slip out the bathroom window?

3 | Now that Madam Secretary‘s Dmitri and Stevie have re-established contact, how many more episodes do we think her nice-but-incredibly-boring boyfriend is going to last? One? Two at the most?

4 | Watchmen fans: Did it strike you as weird that Angela wasn’t killed during the White Night, despite the fact that she passed out as a gunman was aiming directly at her?

5 | Should Mr. Robot‘s Darlene really have been shouting into her cell phone about how they need to break into the servers of Virtual Realty… while standing right outside the Virtual Realty offices?

6 | Now that Power‘s Uncle Benny is dead, who is taking care of poor Elisa Marie? And while we’re on the topic, didn’t Benny go down rather easily, given that he’s a professional hitman and all?

7 | How has no one on Prodigal Son pointed out that Ainsley interviewing her own father is a huge conflict of interest? 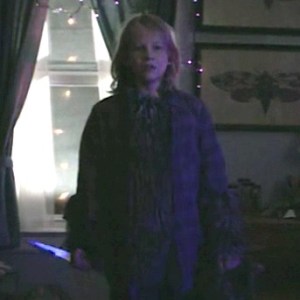 9 | On The Conners, how refreshing was it to hear a member of the family (in this case, Jackie) actually name-drop Roseanne — and loudly! — after a year of the show awkwardly avoiding any direct mention of her?

11 | Can’t The Flash‘s Killer Frost let Caitlin “come out” for a bit to A) meaningfully react to Barry’s tragic news and B) help out with the Ramsey Rosso problem, seeing as she is an actual bio-engineer and all?

12 | Was Arrow‘s Dig already back in Star City from his mission in Kasnia when the timelines merged? And do you think the joke about Nyssa “working on her tan” a nod to Katrina Law’s new Hawaii Five-0 gig? 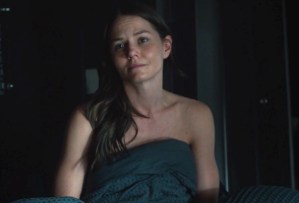 13 | How soon into This Is Us‘ scene in Kevin’s kitchen did you start to suspect that Cassidy was actually in the bedroom?

14 | Doesn’t Disney+’s new series, in which John Stamos plays a fired basketball coach who reluctantly takes a job at a private high school, sound a lot like the fictional (and notoriously awful) sitcom Pucks! from Showtime’s Episodes?

15 | Did the start of SEAL Team‘s two-parter remind anyone of the Homeland Season 4 episode where Taliban forces seized the U.S. embassy in Islamabad?

16 | Was The Late Late Show‘s Sabrina the Teenage Witch sketch completely ruined by James Corden making himself the star of it? 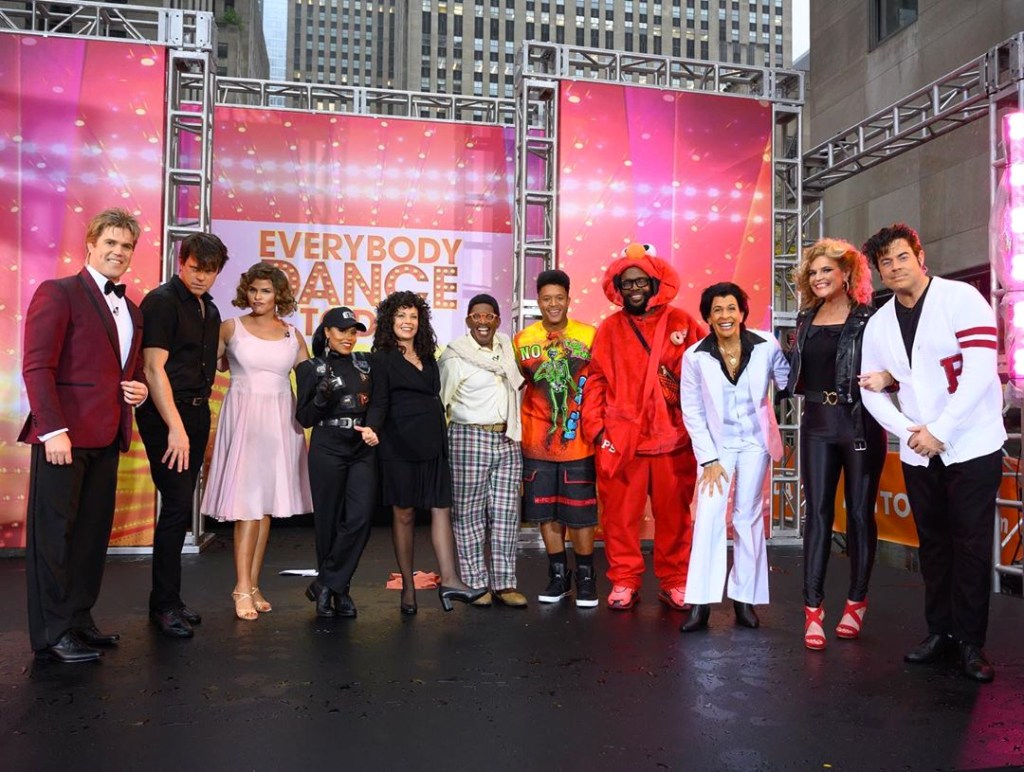 17 | Did producers at Today and Good Morning America know that they were both planning dance-themed Halloween costume reveals? And that they’d both receive “surprise” videos from Olivia Newton-John?

18 | Did Amazon Prime really move up the premiere of Jack Ryan by one day as a “Halloween surprise,” or did they do it to create some buzz before Apple TV+ swooped in on Friday with its inaugural slate originals?

19 | Did Grey’s Anatomy‘s Meredith really never ask cellmate Paula anything about herself until she was about to get released?

20 | A Million Little Things viewers: Wasn’t it jarring to see Mike Dopud, the same actor who played Power‘s ruthless drug kingpin Jason, as a kindly cop with a soft spot for lost dogs?

21 | Considering How to Get Away With Murder’s Asher was previously cheated on by Michaela, wouldn’t he have insisted that she break up with Gabriel before sleeping with her again? 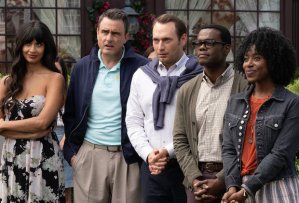 22 | Are The Good Place‘s repugnant Brent and odious John simply too big of buzzkills to spend time with during the usually bubbly comedy’s final season?

23 | It really was a missed opportunity that Supernatural didn’t air a new episode on Halloween, wasn’t it?