We’ve got questions, and you’ve (maybe) got answers! With another week of TV gone by, we’re lobbing queries left and right about shows including Saturday Night Live, New Amsterdam, Prodigal Son and Grey’s Anatomy!

1 | Should Transparent‘s adult siblings really have been the ones to physically put their dead parent Maura into the cremation oven — and even press the “on” button? 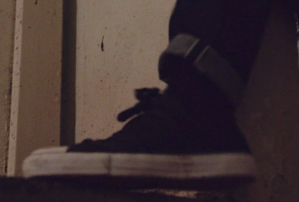 2 | Did Hawaii Five-0‘s Steve really do that foot chase across rooftops and fire escapes in… Chuck Taylors? (And does that mean he wore them on his first date with Brooke?) Also, how convenient was it that the cars the “monster truck” drove over were all parked literally bumper-to-bumper?

3 | How many Blue Bloods fans — New Yorkers, especially — were yelling at Jamie for turning down the spacious, with-a-view, $1,500/month apartment?

4 | If SNL needed its Trump to call a fictional TV fixer, wouldn’t Kerry Washington/D.C.-based “Olivia Pope” have been a more widely recognizable — and even funnier, since Scandal is over — reference than Ray Donovan? 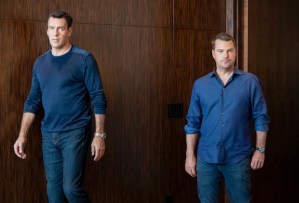 5 | When NCIS: LA‘s Callen, Harm and Eliana got into that skirmish with the bodyguards at the craps table, was it kinda refreshing that Harm wasn’t presented as some elite, close quarters combat expert, and instead almost struggled to choke out his opponent?

6 | Was Kendall’s Succession rap tribute to his dad Logan humiliating and cringe-worthy… or actually surprisingly kind of good? (Or both at the same time, somehow?) And what’s the backstory on Logan’s dead sister Rose, that a toast in her honor would annoy him so much?

7 | If The Righteous Gemstones‘ church has so much money and resources at its disposal, how is there not 24/7 security guarding that cash-stuffed vault? 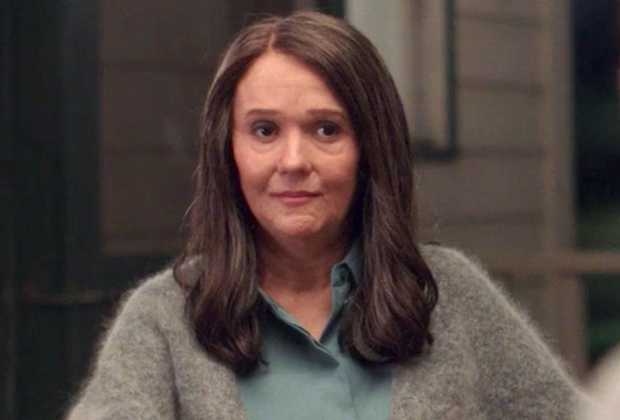 8 | On The Affair, Future Joanie told her smart glasses to “bring up historical weather simulation for this location 30 years ago” — so how did the technology automatically know that she actually wanted a simulation from 32 years ago? (She specified the date, but not the year.) And how would you rate Luisa’s old-age makeup, on a scale of Arrow to This Is Us?

9 | If Power‘s Ghost and Tasha really wanted to make the fundraiser heist they planned look legit, shouldn’t they have acted a bit more surprised when armed robbers burst into the club?

10 | Aside from general meanness, why was Fear the Walking Dead‘s Virginia so determined to separate all of our heroes, even newlyweds John and June? And if Ginny, heretofore a remorseless killer, really wanted Morgan dead so badly, why did she leave him with a pulse?

11 | Pennyworth‘s Alfred and the queen: who saw that coming?! 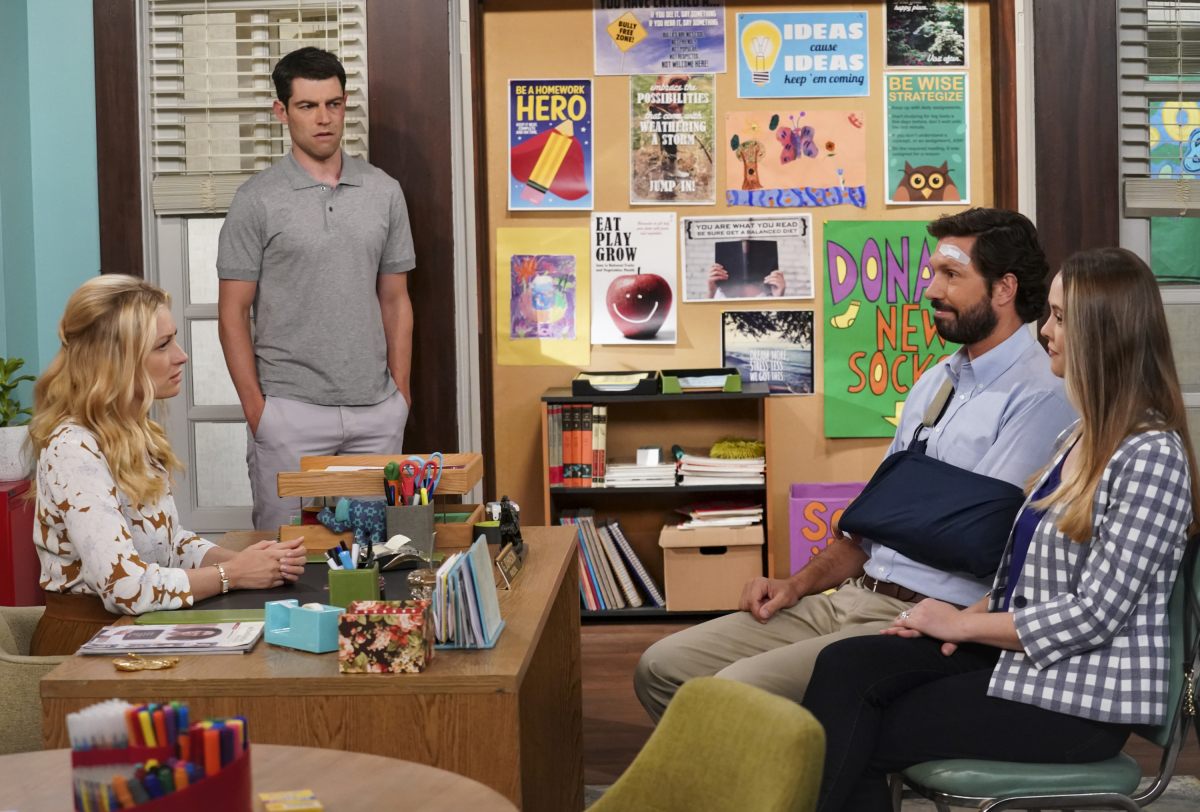 12 | Did The Neighborhood forget that Dave is supposed to be a conflict mediator? And are we to assume that he broke Ed’s arm?

13 | As much as we love a good tsunami cliffhanger, does anyone actually believe that 9-1-1 would kill off Christopher?

15 | Did Bluff City Law‘s case involving farmers “stealing” genetically modified seeds remind you of a near-identical storyline from The Good Wife circa 2015? 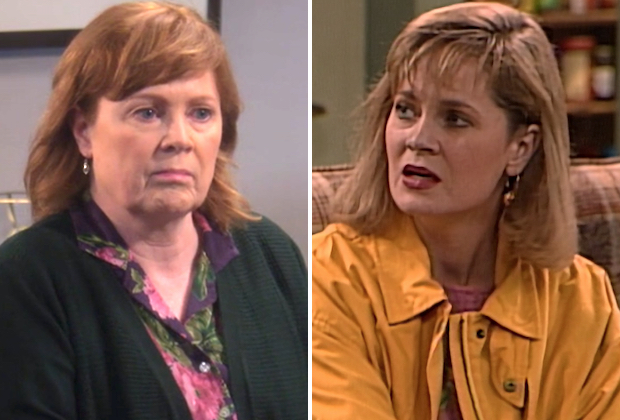 16 | Are there so few actors in Hollywood that The Conners (Meagen Fay previously played Dan and Roseanne’s snobbish next-door neighbor) and Will & Grace (Joel McHale played Grace’s Seussical date in Season 3) need to recycle past guest stars?

17 | Did anything actually happen on this week’s This Is Us outside of the last couple of minutes…?

18 | So… should we be concerned that New Amsterdam‘s Max is still seeing his dead wife, or is that just a stylistic choice by the show?

19 | Is Emergence doing well enough a job of explaining why Jo would endanger her household/loved ones by harboring this mysterious girl? (Is the ex crashing on the couch supposed to give her/us complete peace of mind?)

20 | On Empire, we obviously get why Jamal was MIA during brother Andre’s nail-biting family medical crisis. But what was kid sib Hakeem’s excuse?

21 | Did the SEAL Team camera seem to linger a bit too long on a concerned Mandy after Jason left her to spin up? Is the show going there? 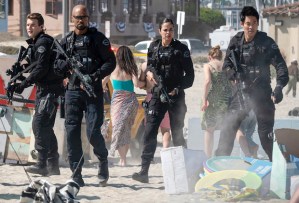 23 | Did Almost Family, a show about a crooked fertility doctor who secretly used his own sperm to impregnate patients, really need to open its pilot with Lizzo’s “Juice”?

24 | On this week’s Chicago Med, was that the most Natalie and Fire‘s Casey have ever spoken to each other? 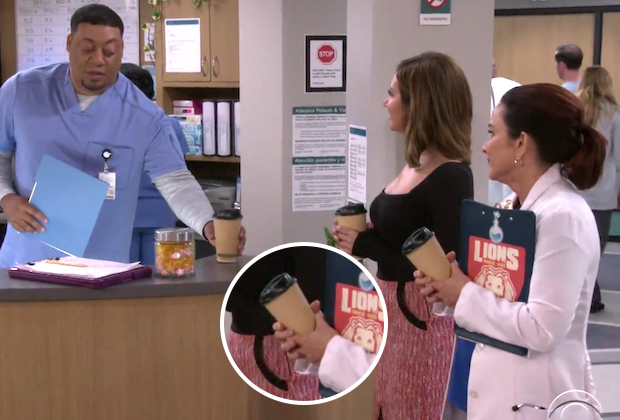 25 | What was Carol’s Second Act‘s bigger Empty Coffee Cup offense: The way one cup made a thud when Ashley Tisdale placed it on the counter, or the way Patricia Heaton was holding a supposedly full cup of java?

26 | Is Superstore starting to treat Sandra like she’s Meg Griffin? We know her life is sad, but her choice for maid of honor came down to Dina… and “the old lady who spits at her on the bus”? 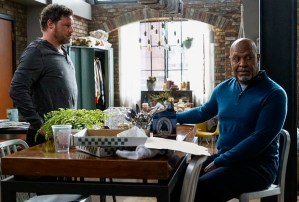 27 | How perfectly did Grey’s Anatomy position itself for another spinoff by installing Richard and Alex at Pac North? Would Bailey really let herself be strong-armed into promoting Jo to attending? And how hard are we all hoping that the show lets beleaguered Amelia give birth to a happy, healthy baby?

28 | A Million Little Things viewers: Though hauntingly beautiful, isn’t Annie Lennox’s “Why” — with lyrics like “I tell myself too many times/why don’t you ever learn to keep your big mouth shut” — a terrible lullaby to sing to an infant?

29 | As TVLine reader Chloe points out, why did How to Get Away With Murder’s Michaela drive all the way to Virginia, then to upstate New York, instead of calling those prisons first and asking if her father was still an inmate?