Question: Does This Is Us‘ new flash-forward mean they’re going to string us along even more with the Rebecca one? —Erin
Ausiello: Au contraire. Regarding the Time-Jump Formerly Known As “Her,” series creator Dan Fogelman says that “we’re 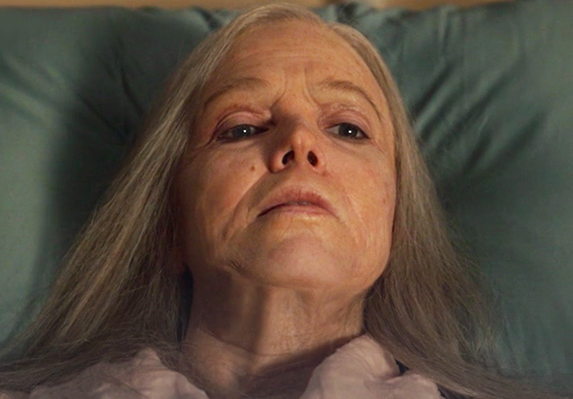 going to get a lot of answers there this season… especially by the end of the front half of the season.” What’s more, the intel we get on what’s happening to elderly Rebecca will “set us up for some bigger leaps,” the showrunner adds. Oh, and this little piece of breaking news all but confirms that we’ll also get some clarity as to why Elderly Nicky is keeping vigil at Rebecca’s deathbed.

Question: Any update on the Grey’s Anatomy‘s efforts to lure back that mysterious alum? —Carl
Ausiello: Yes. Major update: It’s (sadly) not happening. Ultimately, a deal just didn’t come together.

Question: Anything on Lucifer? —Norma
Ausiello: Season 5 of the Netflix series will feature a mini Spartacus reunion when Erin Cummings — the Sura to Lesley-Ann Brandt’s Naevia — guest-stars in one Case of the Week as Mandy, the chief engineer with a Mars exploration project whose interest in extended simulation tests is to find out exactly who will crack under the strain of isolation.

Question: Anything on NCIS? Specifically about Torres and/or Bishop? —Naomi
Ausiello: Picking up where last season’s uptick in “close”-ish moments left off, the first half of Season 17 will feature “several moments of flirtation, connection, jealousy and awkward moments,” co-showrunners Frank Cardea and Steve Binder told Matt Mitovich. “This relationship is one that will be explored.” 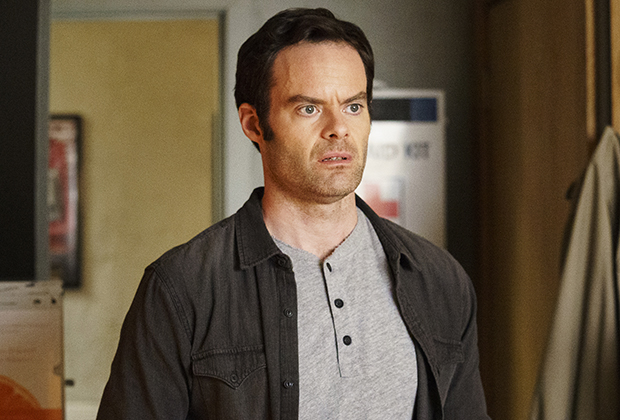 Question: So happy to see Bill Hader win the Emmy for Barry! Got any scoop for Season 3? —Alan
Ausiello: Brace yourself, Alan: HBO’s hitman hit is about to get even darker next season, Hader warns. (If that’s possible.) “I think just by virtue of the guy being a murderer, it’s gonna get really dark,” the actor said following this week’s Emmy win. The Barry writers just started meeting to map out Season 3, he added, “and yeah, it’s really f–ked-up. It’s really terrifying.” (But he laughed after saying that, so… it’s still a comedy!)

Question: Although Emily Bett Rickards left Arrow, will Felicity Smoak still be mentioned? —Stephanie
Ausiello: While Oliver in the present timeline holds onto the hope that, as Felicity said, they will find each other again, Future Mia will struggle to do right by Mom. On top of learning how to be part of a team alongside Connor, Zoe et al (“Mia does not play well with others!”), Katherine McNamara points out that Mia “is not used to having to look out for anyone but herself, and she promised her mother that she would protect William. But she can’t fight for him, so that’s real fear, and it’s something she doesn’t know how to handle. It’s quite the learning curve!”

Question: I would not be angry at all if you were to offer up some Ozark Season 3 intel. —Beth
Ausiello: Following his rather stunning directorial triumph at Sunday’s Emmys, series star/EP Jason Bateman teased that the new season picks up six months later with the “riverboat casino up and running,” a development that presents the Byrdes with ” opportunities both positive and negative. Some of that is temping and some that are calming. Ultimately it all effects the family.” 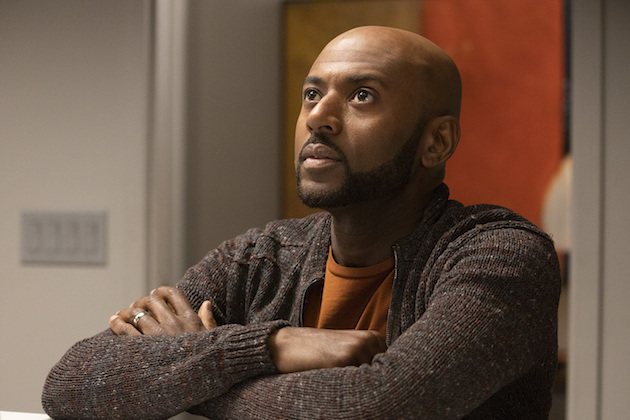 Question: I’m worried about A Million Little Things‘ Rome, and I want to know more about what Romany Malco was talking about in AA a few weeks ago. —Jen
Ausiello: We asked showrunner DJ Nash what Malco might’ve meant when he said that Season 2 will find Rome going through “the type of stuff that really breaks people.” “I can tell you we shot that scene yesterday,” Nash teased. “I can tell you it was really moving. I can tell you that just when I think Romany Malco can’t surprise me as an actor, he does.”

Question: How long do we have to wait to find out whether Delilah and Eddie’s baby is a boy or a girl in A Million Little Things? —Inez
Ausiello: I hear the wait is not long — and that the news will pale in comparison to another birth-related development that happens soon after.

Question: Any Criminal Minds scoop to share? — Diane
Ausiello: Castle alum Michael Mosley tells us that he returned for “four or five” of the farewell season’s 10 episodes (premiering in early 2020), continuing his run as Everett Lynch aka The Chameleon. As the BAU’s final Big Bad, “He really tests Joe’s and the team’s patience,” Mosley said, teasing that the serial killer role required him to dress up in a variety of disguises and “run around like a maniac.” Mosley added, “I was with them to the end, so it was an honor.”

Question: Will I be happy with SVU‘s new ADA? —Jody
Ausiello: My colleague Kim Roots was good with it, and that’s good enough for me and should be good enough for you, too. The good news: You won’t have to wait long to find out who gets the gig — seriously, you’ll know within the first couple of minutes of the series’ return on Thursday.

Question: Last season on Supernatural, Cas made a deal with the Empty entity. Are we going to know more about it at some point of the season? —Samara
Ausiello: “I think given what’s happened at the end of last season to Jack… the last thing Cas is worried about right now is” making good on that deal, co-showrunner Andrew Dabb notes. “But it is something that’s going to come back for us this season. As we saw at the end of last season, The Empty is there. The Empty is one of our probably four cosmic players in this universe. He’s going to have a say.” 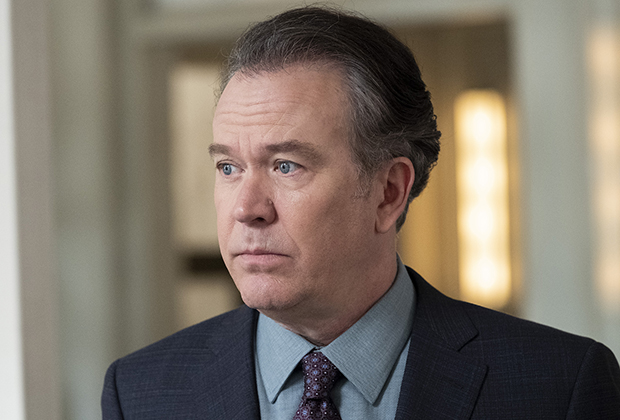 Question: Will Timothy Hutton be returning to How to Get Away With Murder? —Symonne
Ausiello: Showrunner Pete Nowalk currently “can’t say one way or another” if Hutton will be back, given how close Emmett Crawford was to death in last spring’s finale. That said, “Very early in the [Season 6 premiere], you’re going to find out just what happened to him and really what role he played in the whole story — the conspiracy theory of whether he was involved in Nate Sr.’s death, or if he was just the fall guy for the governor.”

Question: Walking Dead spoilers — please? —Kirk
Ausiello: When the AMC drama’s Season 10 kicks off on Oct. 6, it’s going to be serving up just about the last thing you’d expect as our heroes tiptoe toward all-out war with the Whisperers: laughs. “There’s a certain amount of fun even though there’s this really, really tense and scary thing that is ramping up with our people,” showrunner Angela Kang tells TVLine. “That’s something that we really wanted to explore with our people — a way to blow off steam. We’re all human at the end of the day, and you can’t always be living in a dark, nihilistic state. That’s really difficult. So for our people to be able to have these lighter moments helps them — and it helps the actors, too — deal with the seriousness of everything else that’s happening.”

Question: How about one last Suits scoop before tonight’s series finale? —Dawn
Ausiello: As you might recall, there’s a certain engagement ring burning a hole in Harvey’s pocket. Well, when the finale begins, Harvey is “in the middle of a war” with Faye, so “he kind of puts it away and doesn’t think about it,” showrunner Aaron Korsh previews. “The question is: Is he going to remember it? Is he going to think about it? If and when is that ring going to come into play?” 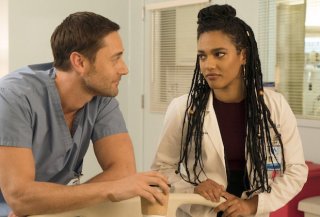 Question: On New Amsterdam, will there still be focus on Sharpe’s journey to be a mother? —Malasha
Ausiello: Now that the we know — STOP READING IF YOU HAVE YET TO WATCH TUESDAY’S SEASON 2 PREMIERE — that Dr. Helen Sharpe is alive, her desire to be a mother and the question of whether she’s still dating Dr. Panthaki will be explored in next Tuesday’s episode. “Sharpe will tell us exactly where she is with both of those,” showrunner David Schulner confirms. “And coming up [later] in the season, we do have a kind of shocking reveal for Dr. Sharpe on the child front.” (Scroll down to ThisAAndThat for a New Amsterdam bonus scoop!)

Question: Do you have anything you can share about the Hawaii Five-0 episode Alex O’Loughlin wrote and directed? —Belle
Ausiello: The McGarrett-centric episode — Christine Lahti, as you know, returns as Doris —was filmed in Los Angeles because “we go south of the border, and we wanted to find something that was a little more authentic-looking than what we’d find in Hawaii,” showrunner Peter M. Lenkov told Matt Mitovich. And it was filmed first, early this summer, because “I required Alex to have a full beard, because the episode has a time passage in it.” Also, as an update to our Fall Preview: the aforementioned episode, airing Nov. 7, is not the “very powerful, emotional” outing for Scott Caan’s Danny; that one will actually come later in the season.

This AAnd That…
♦ All American:  Season 2 will consist of 13 episodes, but showrunner Nkechi Okoro Carroll tells us that number could increase “if there’s room on The CW’s schedule for more.”
♦ Housekeeping note: My Priceless TV Swag 4 Charity Auction ends in just a few days and there are still some really good deals to be had (especially if you’re a fan of Gotham, Mad Men, Pose or t-shirts emblazoned with my last name!). 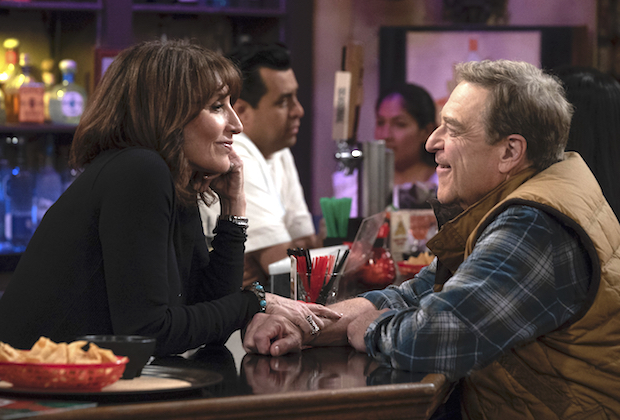 ♦ The Conners: John Goodman is of the opinion that Dan Conner has more grieving to do before re-entering the dating scene, a development that now seems imminent in light of Katey Sagal’s 10-episode return. “I don’t personally think he’s ready for a relationship,” Goodman confesses to TVLine. “But that’s not up to me. I don’t write the series.”
♦ New Amsterdam (bonus scoop!): Things are looking up for Dr. Lauren Bloom! “[She] is going to get a little romance this season,” with a new fella (played by TURN: Washington’s Spies‘ JJ Feild) whom we’ll meet in Episode 2, showrunner David Schulner reveals. “We’re very excited to give Bloom some happiness in her life that she has been denied. She might not feel it’s happy or a good thing, but she’s going to get it nonetheless.”