Carefully study the faces before you: They’ll be the ones dominating your DVR in the weeks to come.

The Fall TV season arrives in just a few short days. We’ve shown you trailers and offered up our snappy reactions to them. We’ve announced premiere dates. We’ve helped you figure out what’s on against what. All that’s left now is to meet a fresh batch of actors and actresses in the crop of new shows.

After perusing what’s ahead and comparing lists, the TVLine staff has come up with a group of performers who repeatedly caught our eye — no small task, given the the myriad screeners we watched. 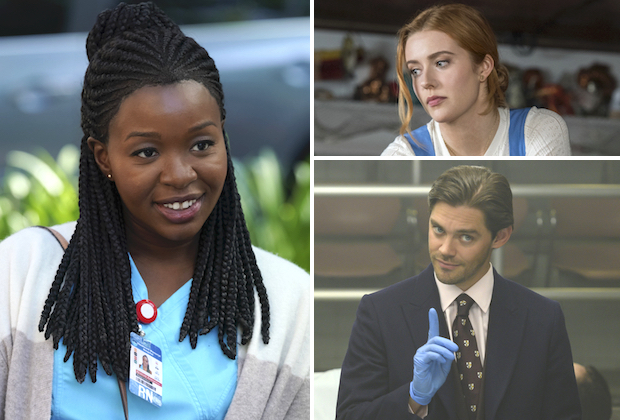 The gallery above is full of our picks for the breakout start of the 2019-2020 TV season. In it, you’ll find some actors you might recognize from their big roles in small (or quickly cancelled) shows, or small roles in rather large projects. Some of them are relative newcomers: One barely finished her college degree before landing the title role on a CW drama!

Scroll through the photos at right — or click here for direct access — to see the folks we think will become household names in the coming year. And when you’re done, hit the comments with your thoughts about who’s likely to become the Next Big Thing(s).