Careful, Madam Secretary: The erstwhile Captain Cold is gunning for you.

Wentworth Miller (The Flash/DC’s Legends of Tomorrow, Prison Break) will have a recurring role in the CBS drama’s upcoming sixth and final season, TVLine has learned exclusively, playing a ruthless politician who hates the fact that Elizabeth McCord has been elected president.

As previously reported, Madam Secretary Season 6 will begin after a time jump that skips over Elizabeth’s presidential campaign and election. The premiere will find the former secretary of state about to mark her first hundred days in the Oval Office.

Miller’s character, Senator Mark Hanson, is chairman of the Senate Intelligence Committee. As such, he’s a major power broker who has substantial influence on Capitol Hill (aka not the best person to have as an adversary). 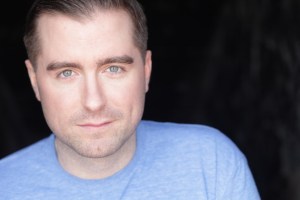 In addition, Michael Patrick Thornton (Private Practice) will recur as Captain Evan Moore, chief of staff to First Gentleman Henry McCord. Thornton’s character is an Army veteran who served three deployments in Iraq with the 2nd Battalion/7th Cavalry. On his fourth tour, he encountered an IED that left him in a wheelchair.