Netflix is taking you on a late summer I-Land getaway… but after watching the full trailer for the upcoming sci-fi series, you might wanna opt for a staycation instead.

The recently released glimpse at the thriller, previously teased in a Fyre Festival-inspired video, gives us more of a sense of what happens after 10 people wake up on a dangerous island and have no idea who they are or how they arrived at the tropical paradise. “Faced with the I-Land’s extreme psychological and physical challenges, they must rise to their better selves — or die as their worst ones,” the show’s official synopsis reads.

Or: “If you do something wrong, the I-Land, it pays you back,” a character (played by MacGyver‘s Bruce McGill) warns in the video. “If you die in there, you die out here, too.” (Which seems to indicate that there’s some kind of simulation going on, right?)

Press PLAY on the video above, scroll down to see the series’ poster (also released Thursday), then hit the comments: Is an I-Land trip in your immediate future? 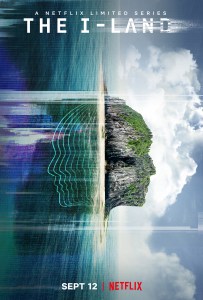