We’re still not ready to say goodbye to The Good Place… but at least we’re getting one last good look at everyone’s smiling face before they go.

TVLine has an exclusive first look at six character portraits from the NBC afterlife comedy’s upcoming fourth and final season, with each member of the Soul Squad bidding us farewell in their own unique way. The always refined Tahani says, “It’s been fabulous”… while Jason, naturally, says, “It’s been dope.”

Season 4 of The Good Place finds our gang at a serious crossroads, with Chidi returning to the fold with a freshly wiped memory, having zero recollection of his swoon-worthy romance with Eleanor. Meanwhile, she’s posing as the architect of the new Good Place neighborhood, and “she has to put a smile on her face as she watches the love of her life not have any idea who she is,” creator Michael Schur teases. 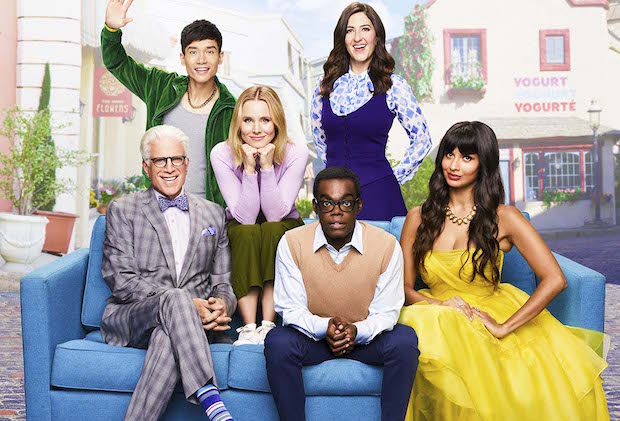 The Good Place‘s farewell tour kicks off with a special one-hour retrospective airing Thursday, Sept. 19 at 8/7c, with the Season 4 premiere airing one week later: Thursday, Sept. 26 at 9 pm.

Check out the gallery to the right — or click here for direct access — for a look at The Good Place‘s new character portraits, and then hit the comments below to share your Season 4 predictions.