We’ve got questions, and you’ve (maybe) got answers! With another week of TV gone by, we’re lobbing queries left and right about shows including Good Witch, Pennyworth, American Ninja Warrior, Bachelor in Paradise, Mindhunter, BH90210 and more!

1 | Did Zombie Tidal Wave’s poorly (if at all?) choreographed and cheaply made-up zombies give you a new appreciation for all that The Walking Dead and Fear TWD accomplish on the weekly? 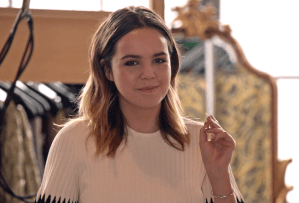 2 | Did the Good Witch finale mean to break the fourth wall, or was Bailee Madison staring directly into the camera just a case of sloppy editing?

3 | Pennyworth fans, were you shocked by how quickly [Spoiler] got killed off? (Or did that cast member’s absence from Comic-Con tip you off?) Also, how do we feel about Alfred having once made out with Master Bruce’s mother?! 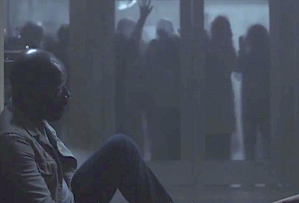 4 | Fear the Walking Dead’s Morgan and Grace couldn’t find any more sensible spot to hang out in that health-food store than directly in front of the walkers?

5 | Did the trailer for Steve Carell’s Morning Show series, which plays Supertramp’s “Goodbye Stranger,” give you flashbacks to The Office boss Michael Scott’s performance of “Goodbye Toby”?

6 | In the promo for Tamron Hall’s talk show, did the line reading for “Her sister was murdered!” strike anyone else as kinda crass?

7 | Can’t you just see Hilarie Burton as a young version of one of the Practical Magic aunts for HBO Max’s prequel pilot?

8 | Can Mindhunter’s Wendy please pass along the contact info for her interior designer? Also, did you assume Season 2 was, like Season 1, 10 episodes and therefore get to the end of Episode 9 and go, “Wait — that’s the end?!”

9 | Were you surprised that So You Think You Can Dance split up the Sosa siblings so soon into the live shows? 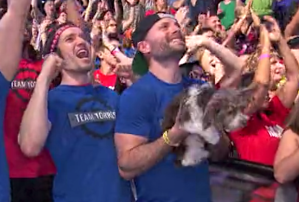 10 | On American Ninja Warrior, did anyone else worry about the emotional well-being of Michael Torres’ dog, Hershey, as he was being bounced around in triumph as his owner completed the course?

11 | Though we’re sure Bachelor in Paradise’s producers have something to do with this, isn’t it unnecessary and odd for Demi and girlfriend Kristian to stay in Mexico now that they’ve decided to be together? Also, given his heartbreaking end with Demi, is Derek suddenly a contender to be the new Bachelor?

12 | Animal Kingdom fans, how big a face-palm did you give yourself when you realized that Pamela Johnson was Pam from Smurf’s 1970s flashbacks? Also, since we’ve gotta meet the older Pam next season, who would you cast? Our pick: Pose’s Charlayne Woodard.

13 | We like Pose‘s happy endings, but was stuffy modeling agent Miss Ford’s quick embrace of Angel’s transgender status — and offer to help shepherd Papi’s career, too! — a little hard to swallow? 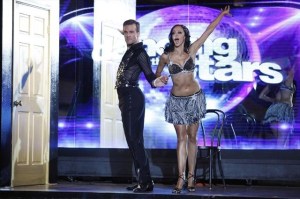 14 | Is Dancing With the Stars not revealing its celeb-pro pairings until its season premiere supposed to be considered a “major format tweak”? And what are the chances that Sean Spicer sticks around long enough for Melissa McCarthy to reprise her role on SNL? And how many of you thought James Van Der Beek had previously been a contestant, only to remember that it was actually “James Van Der Beek” from Don’t Trust the B—- in Apt. 23?

15 | BH90210 fans, did you by chance Google to see if Carol “Mom” Potter is in fact now a real-life therapist — and then realize she is?? Also, do you see Pink when you look at Emily Valentine?

16 | On Younger, how could Liza and Josh’s ad campaign have possibly gone national after one day? By what metrics could Infinitely 21 have measured its success so quickly? 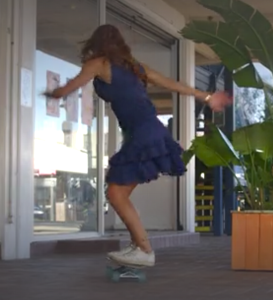 17 | Was Reef Break possibly the first TV show this summer to use Billie Eilish’s popular “Bad Guy” to score a scene? Also, acknowledging that Poppy Montgomery is a legit surfer, do you think that was actually her doing the skateboarding?

18 | Was the opening narration of this week’s Why Women Kill, as well as the older woman/teenage love interest storyline, too similar to Desperate Housewives?