Since Animal Kingdom killed off Ellen Barkin’s Smurf in its penultimate Season 4 episode, a lot of disgruntled fans have predicted that that’s it, the show is as good as done. And I’ll admit that I wasn’t thrilled, either, to see the Cody family’s manipulative matriarch put down; I can’t think of another villainess cut from the same leopard-print cloth. But her demise is hardly a death knell for the series.

In fact, if anything, the daring move suggests that the TNT drama will only become more compelling in Season 5. “You have to idea what I’m capable of,” I could just imagine the show hissing at us. (Even Smurf would have to appreciate a threat of that magnitude.) And Animal Kingdom is not only known, it’s loved for its willingness to take big swings — from Pope’s Season 1 murder of Catherine to Smurf’s Season 2 assassination of Baz to the fact that young J, once our sympathetic root-for, has now committed two cold-blooded murders and fired the shot that ended Smurf’s life. 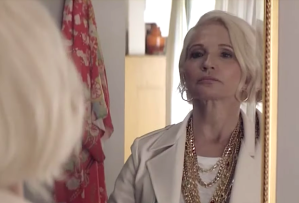 So am I bummed that we’ve seen the last of Barkin as Smurf? Of course I am, baby. But I’m also curious as hell to see where the show — and the Codys — go from here. In particular, I’m wondering who will take her place as the king or queen of the jungle. Since Pope already told J that, once Smurf was in the ground, he was outta the house, the least stable of the Codys seems to think that he’ll be taking charge. Thing is, he’s about the only one who thinks that — and J has already taken shrewd steps to establish himself as the top dog, in particular with partners in crime Pete and Gia. Plus, it was J, not Pope, to whom Smurf revealed that Adrian was a problem that needed “solving.” She clearly saw him as a worthier successor than any of his uncles.

Though Craig showed increased promise in Season 4, especially in his deft handling of Frankie’s art heist, his focus in the immediate future is likely to be on going straight and becoming a good dad to newborn Nick. He even wants babymama Renn to give up dealing drugs. As for Deran, he’s so over his clan’s life of crime that he’s hoping to get the hell out of Oceanside before his boyfriend gets sent to prison or the morgue. (Good luck with that, Deran.) 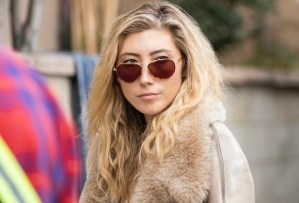 Angela is dying to be seen as a surrogate Smurf, so much so that she’s even taken up baking. But a criminal mastermind, she ain’t. That just leaves the one real wildcard in the mix: Frankie. Craig’s ex-lover is smart and polished, and expressed an unusually keen interest in making a connection with Smurf. If she’s able to finish what she started, and entice J into an alliance, she has the potential not just to become a player but to win the whole game. (Who knows? She could also be a surprise beneficiary in Smurf’s will — executive producer John Wells did tell TVLine that the dearly departed “did some very interesting things” with it.)