Warning: The following interview reveals what went down in Animal Kingdom’s pivotal “Ghosts.” If you’d rather watch first, read later, you know what to do.

After four seasons of mind games and murder, leopard print and pies, Animal Kingdom’s cancer-stricken Smurf Cody was shot dead Tuesday by grandson J after she wound up surviving what she intended to be a suicide mission. Here, to break down the harrowing hour — as well as preview its aftermath — is executive producer John Wells, the television legend who wrote and directed Ellen Barkin’s searing swan song.

TVLINE | First things first, what went into the decision to kill off Smurf? Had Ellen had enough?
You know, we always do everything based on story. And since we were talking about what to do and where we’d gotten with the Smurf story, it seemed like good storytelling. And you know, this is Animal Kingdom. We don’t expect anybody to be alive by the time we get to the end!

TVLINE | Why did Smurf want Pope to kill her? As strong as she was, why not just put a bullet in her own head?
Our feeling was that she wanted Pope to do it because she actually kind of wanted him to die with the preppers or have [the matricide] destroy him. She couldn’t really imagine him being able to survive without her. We actually went back and forth about whether she should actually shoot him in a way that was more significant, then we were kinda like, “Hmm, that’s probably pushing it, given everything else that we’re doing.” 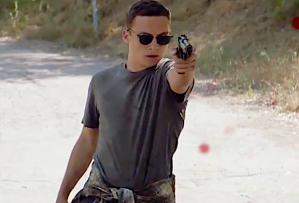 TVLINE | Would she have killed Pope if J hadn’t intervened?
I think she would have. Or she might have shot him in the knee or the leg to make sure that someone else shot her. And the fact that J did shoot her is very significant. It’s changing the dynamics.

TVLINE | Yeah, it seems like we’re looking at almost a whole new show for Season 5.
Look, in the world we’re in now with storytelling and trying to keep your audience excited and invested, you want to keep surprising them — not in an arbitrary fashion but in a way that [makes them say,] “I gotta keep watching the show, because I don’t know what’s going to happen next” and that still remains true to the character of the show. So that’s what we were trying to do.

TVLINE | What can you tell me about what this does to the Codys going forward?
It’ll be the boys trying to figure out how to go on without their mother. Part of what we’ve been trying to do is a family drama set in a very complicated and unpleasant world with some people that seem to be having a good time. You kinda wish you could hang out with them at the same time as you’re terrified of them. And I think this will provide us with more opportunity to do that going forward, because now, we’ve kinda upset that whole balance. Who is going to be in charge? Who is going to make the decisions? Can anybody trust anybody else? We always talk about existential dread with the show. We want to live in that sense of existential dread all the time. 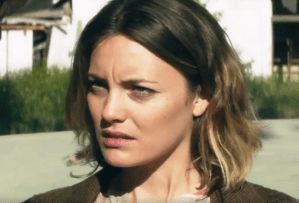 TVLINE | Ellen was such a strong presence on the show, even when she wasn’t in a scene. How will you fill that void?
We’ll continue to see how Smurf became Smurf next year for at least part of the year, with young Smurf and the babies [Andrew and Julia]. Also, I think we’ll feel her absence and how that impacts what everybody else feels about their lives and their relationships to each other. Was she the glue that held them together? Did she undercut them? In the season finale, we find out that she did some very interesting things with her will about how to divide up what she had. So we think there’s a lot of post-death-of-the-matriarch story to be told.

TVLINE | So, in a way, we will get Smurf in Season 5.
Yup, in that sense of when there’s a personality that’s that large in your life, what happens when they’re gone? Was she right about what she thought about all the boys? Or did the way she thought about them influence who they were at the time, and can they be anybody else? I think all of that’s really interesting.

TVLINE | Deran sounds pretty resolute in “Ghosts” about never coming back to Oceanside with Adrian. What can you say to fans who worry that he might really leave?
Tune in next week. [Chuckles]

TVLINE | Was it a gift from Smurf to her boys that she told J about Adrian — a way of ensuring that someone who could take care of the problem would take of it?
Yup. [Chuckles] He can be sneaky. 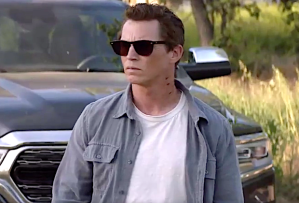 TVLINE | Pope in particular seems likely to be hard hit by the death of the mother that he loved as much as hated. What’s the aftermath like for him?
Hard. And part of what we want to do is explore why they were so connected, from when he was a child and what he had to do to raise his brothers when he was little. That’ll be a big part of what we’re doing in the Janine/Young Smurf story [going forward, answering the question of] how did they wind up who they were? I’m excited about being able to write all that.