The campaign for Ryan Murphy’s inaugural Netflix series begins with a first look at The Politician‘s all-star candidates.

Premiering Friday, Sept. 27, the eight-episode series is described as a dark comedy about Payton Hobart (Dear Evan Hansen‘s Ben Platt), a wealthy student from Santa Barbara, Calif. who has always dreamed of becoming president of the United States, but first must “navigate the most treacherous political landscape of all: Saint Sebastian High School,” according to the official logline. “To get elected Student Body President, secure a spot at Harvard and stay on his singular path to success, Payton will have to outsmart his ruthless classmates without sacrificing his own morality and carefully crafted image.” 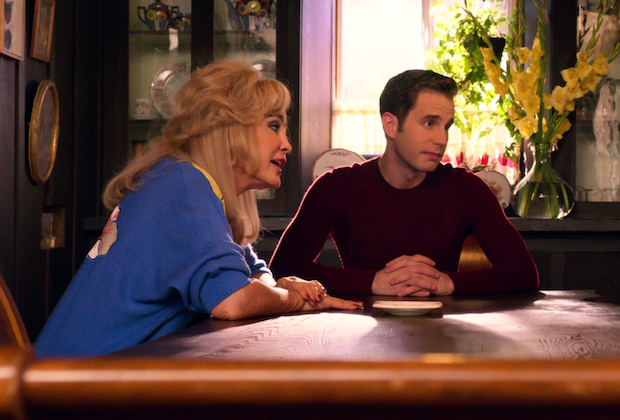 As previously reported, Murphy was poached by Netflix from his longtime 21st Century Fox perch back in February 2018, as part of a landmark, $300-million deal. Additional projects in the pipeline include new series Hollywood and Ratched (a One Flew Over the Cuckoo’s Nest prequel starring Sarah Paulson), as well as movie adaptations of Broadway sensations The Boys in the Band and The Prom.

Click through the attached gallery, then hit the comments and tell us if you’ll be adding The Politician to your Netflix queue.