Fans of The 100 experienced a new type of Sunday Scaries over the weekend when showrunner Jason Rothenberg tweeted that the CW drama’s upcoming seventh season will be its last — an announcement that’s apparently been in the works for some time.

“I didn’t go rogue,” Rothenberg tells TVLine. “I was asked to tweet that by the network. It was well-timed to [network president Mark Pedowitz’s] appearance on stage at TCA. We’ve actually been asking for this to be the last season for a while, because we feel like it’s time to get out while the getting’s good.”

He continues, “We want to leave [the fans] wanting more. We don’t want to overstay our welcome. All the cliches. But [The CW wasn’t] ready to commit to that until late last week when I got a call from Mark. He’s been great the whole time about respecting showrunners. He really does give us enough rope to hang ourselves with, so we will now attempt to not do that.” 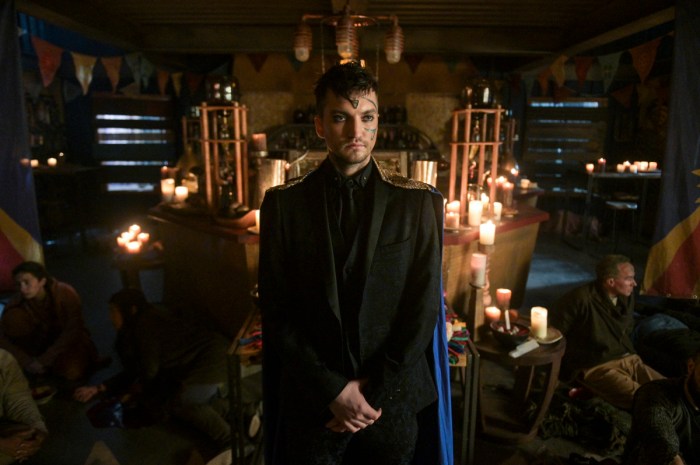 As for what The 100‘s final season has in store, some major hints will be dropped during Tuesday’s game-changing finale (9/8c), none of which we’re at liberty to reveal under penalty of being floated. (But these sneak-peek photos speak volumes!)

Your thoughts on The 100 coming to an end after (appropriately) 100 episodes next season? And what are your hopes for the remaining survivors? Drop ’em in a comment below.