We’ve got questions, and you’ve (maybe) got answers! With another week of TV gone by, we’re lobbing queries left and right about shows including Veronica Mars, Instinct, Younger and Love Island!

1 | In Veronica Mars Episode 4, didn’t it seem like Logan didn’t really know who Leo was? He even says he “didn’t know there was a history” between the FBI agent and Veronica — and isn’t that odd, given that Logan bought the stolen evidence tapes from Leo during the series’ original run? In the same episode, if Veronica and Logan had to binge a Hulu show, wouldn’t they have a hankering for something super dark, like Handmaid’s Tale, instead of Harlots? Was anyone else wondering why Logan was suddenly poor (per Dick, in Episode 2)? Wasn’t it weird that the finale — major spoiler alert! — featured no reaction from Dick to [Spoiler] being decapitated and [Spoiler] getting blown up? And lastly, TVLine reader Kelly asks: “Who was married longer: Veronica and Logan or [Vampire Diaries‘] Caroline and Stefan?” 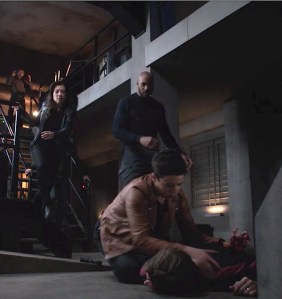 2 | Did Agents of S.H.I.E.L.D.‘s Davis really instantly die from that tumble from a first-floor landing? (Was the idea that Izel “aimed” him for a neck break?)

4 | Wasn’t Big Little Lies‘ finale a tad underwhelming and predictable, considering all of the possible twists we were primed to expect? And can you still envision a Season 3, after that ending? Also, we guess Shailene Woodley was joking…?

5 | In the Burden of Truth finale, Joanna’s highly tangental questioning of that final witness — as successful as it eventually was — would/should have been shut down by opposing counsel, right? 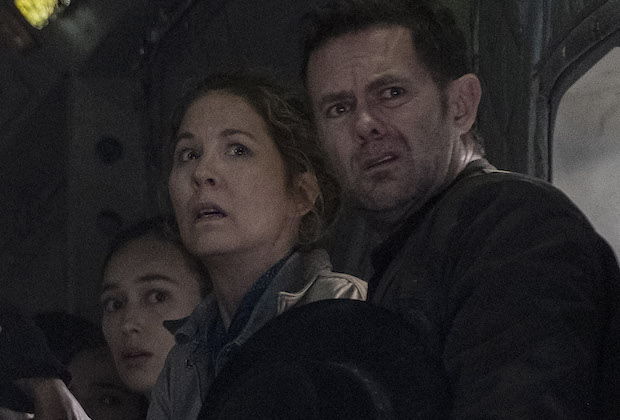 6 | Was it brilliant or anticlimactic of Fear the Walking Dead to subvert expectations by not killing off a single character in its midseason finale?

7 | Are we pretending that Instinct‘s Lizzie would have any say in giving her vacated private office to the brand-new guy from out of town? And in a world of smarty-pants, jolly and/or quippy TV medical examiners, is the one on Instinct — who’s frankly a bit of a dick — a refreshing change?

8 | Did The Bachelorette‘s producers really need to enable even more abusive stalking from Luke P. just to milk the very last drop of drama out of that situation?

9 | In The Code‘s finale, was Rami’s oath ceremony not quite the rousing, heart-swelling, season-ending moment they seemed to think it was?

10 | Of all the very strange things Legion has shown us, was this week’s group sing-along to “(What’s So Funny ‘Bout) Peace, Love and Understanding” — including several freshly killed characters — the very strangest of all? 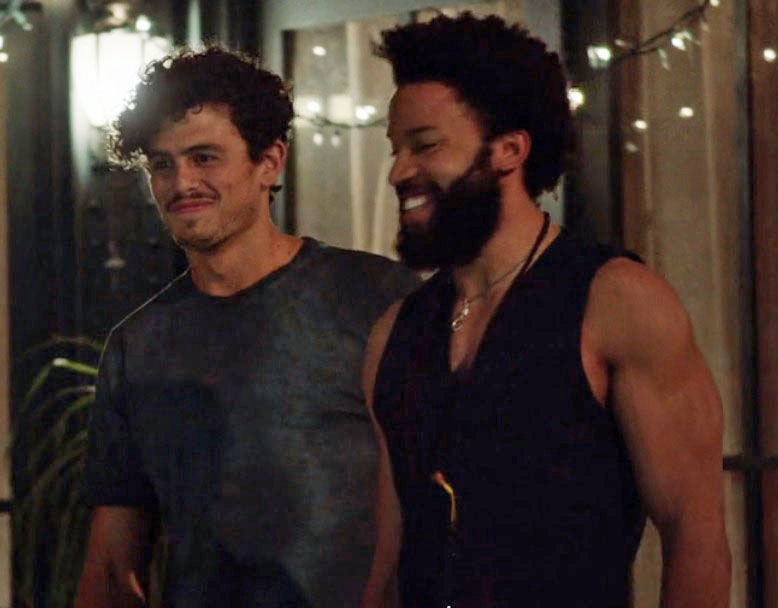 12 | What reason could The Handmaid’s Tale‘s Commander Lawrence have for keeping the Red Center dossiers in his basement… except that it made it that much easier for June to find them?

13 | On Jane the Virgin, why didn’t the police at least put some security detail on Jane and Rafael since Rose has targeted them before? Was Rose’s death meant to serve as a callback to Aaron Zazo’s impalement-by-ice-sculpture in “Chapter Two”? And why would This Is Mars already be having a premiere party? Didn’t it just get picked up to series?

14 | Is The InBetween‘s Ed a frontrunner for 2019’s Most Annoying Character? Like, what is with the random accent?

15 | Wasn’t it nice to hear someone on Suits acknowledge how expensive their fancy wardrobe is? 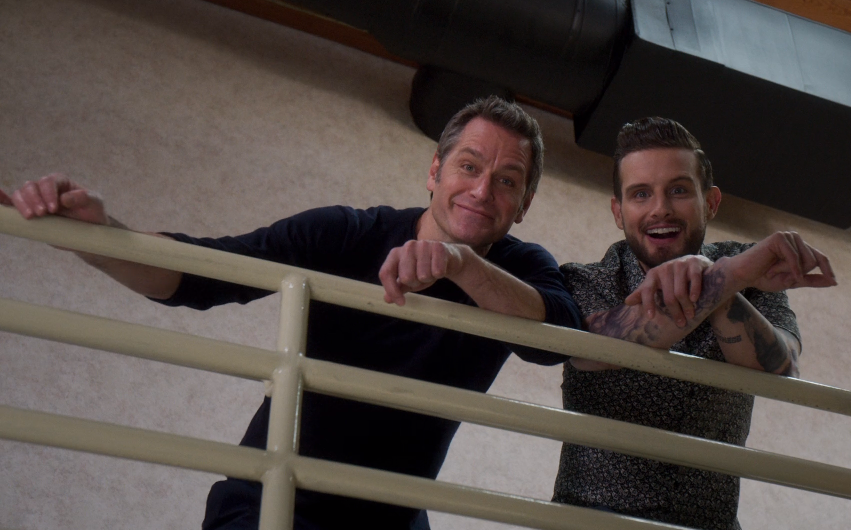 16 | Did Liza’s drug-induced tango on this week’s Younger renew your interest in the Josh/Charles love triangle? Or are you tired of the show beating that same dead, sexy horse?

17 | Does Press Your Luck give players no reason not to press their luck, seeing as in the bonus rounds the increasingly Big Money offers a near-immediate chance to recoup Whammy’d winnings? 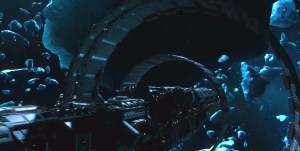 18 | Is Another Life‘s spaceship, The Salvare, a bit delicately designed (e.g. that fragile-looking outermost ring!) for space exploration/nimbly navigating through fields of debris?

20 | Do you like ABC’s Holey Moley as it is, or would you prefer it with A) celebrity players and B) no non-stop commentary?

21 | “Scream‘s David Arquette,” “Scrubs‘ Donald Faison”… and Rob Riggle. Has Hollywood Game Night pretty much given up on team themes?