The honeymoon might be over for Grey’s Anatomy’s Alex and Jo — so over that, during Season 15, she threatened to leave him. But that doesn’t mean that another one couldn’t begin in Season 16.

“They were pretty great together,” showrunner Krista Vernoff reminds TVLine, “and then Jo suffered a very real trauma in discovering her birth story and experiencing the complexity of that rejection by her mother.

“It’s impossible to be mad at the mother [since she was a victim of rape],” she continues, “so Jo got trapped in a really painful mental spiral. She needs treatment to come back to herself.” 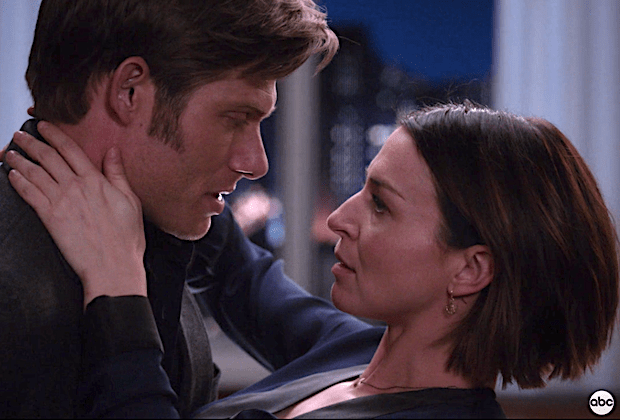 Since at the end of Season 15, Jo checked herself in to Grey Sloan to start getting that treatment, there’s every reason to believe that she will emerge in Season 16 with her equilibrium restored. “I hope therapy brings her back to herself and Alex,” says Vernoff, noting that among her fondest wishes is that at last “he gets to heal that wound that keeps repeating, where he chooses women who go into mental-health crises. I’d like to see that story complete for him, with Jo returning to him in a way that’s beautiful.

What do you think, Grey’s fans? Is a happy new beginning in store for the Karevs — at least for a little while? Hit the comments.