In the fall, Law & Order: SVU will kick off its 21st season, making it the longest-running primetime live-action series in television history. That’s quite the accomplishment. It’s also a really good stopping point for a procedural long past its prime.

Yep, I’m saying it’s time for SVU to hang it up. Chung chung!

“Objection!,” you cry from the defense table? I understand. When SVU was in its creative heyday, the ripped-from-the-headlines drama was one of my favorites. Its central detectives, Olivia and Elliot, had an intriguing and complicated partnership. Its writing was fresh, with the franchise’s signature twists still able to catch us unaware. And it kept the victims at the forefront of each story, as Liv, El & Co. worked toward finding justice for those who’d been assaulted. 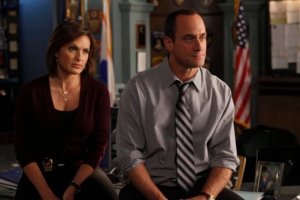 A lot of people like to cite Christopher Meloni’s Season 12 departure from the series as the beginning of its downfall, but I don’t: Watching Mariska Hargitay’s Olivia come to terms with, and move on from, Elliot’s abrupt exit proved that the actress was more than capable of leading the crime drama on her own. My disenchantment with SVU arrived later and can be summed up in one emblematic name: William Lewis. 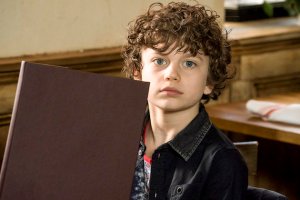 Olivia eventually recovered, but something fundamental had changed, and the show hasn’t stopped putting her and/or her family in peril any time it wants to amp up the emotional stakes. How many times, for instance, can her son Noah be in a nefarious character’s crosshairs before the audience just doesn’t care anymore? And on a related note, how often can someone from the District Attorney’s office do something incredibly shady, then have an out-of-nowhere, highly emotional goodbye with Liv? (The answer to that last one is two, apparently, as we saw with Barba’s Season 19 farewell and Stone’s quick out in the Season 20 finale.)

Hargitay is a powerhouse of an actress who deserves something more challenging than staring down the latest criminal/politician/lawyer who decides that Lt. Benson is more trouble than she’s worth. So I say, give the actress her due: Use this final season as an opportunity for Hargitay to play something meaty. Return to the types of cases that championed the victims. Hell, find a way to make it worth Meloni’s while to come back for an arc, if for no other reason than to show how far Liv has come since he left.

Letting the show continue long after the elite squad known as the Special Victims Unit has told all of its stories? That would be criminal.