The long list of dudes who’ve tried — and failed!— to take down Benson grows even longer in SVU‘s Season 20 finale, when Rob Miller literally guns for the lieutenant after she suspects him of murdering a teenage girl. Of course he doesn’t succeed in eliminating Benson, but his trial does have one heck of a disruptive outcome: Peter Stone, who reveals he’s kind of into Olivia, announces that he has to leave because he’s “lost perspective” when it comes to the tough-but-fair lieutenant. (Stone’s departure isn’t a huge shock: After SVU was renewed in March, Philip Winchester, who plays the assistant district attorney, announced his plans to exit the procedural ahead of next season.)

But before we get to the ADA’s fraught farewell, a quick recap of the hour: 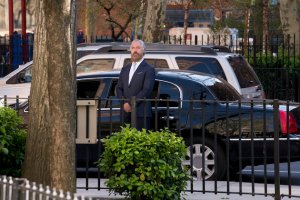 Olivia, still rattled from Miller showing up at the restaurant where she and Noah were eating, is incensed when she learns that the Feds have dropped the charges against Miller. She runs to Nikki Staines’ apartment, where the lawyer is consoling her daughter: Their dog was poisoned, and Nikki is convinced that Miller did it. Olivia says they need Nikki to testify against him, or at least tell them what was on her phone that might link Miller to the underage sex parties that they’d been investigating, but she refuses and angrily orders Liv to leave.

The case o’ the week interrupts: A naked teenage girl washes up in the Hudson, and from the state of her body, it appears that she was dropped from the sky. Cause of death? Poisoned drugs, and she had sex with a couple of guys before she died. Through the girl’s highly specialized contacts, they track down her parents… and Miller happens to be their family attorney.

As the unit gets closer to being able to connect Miller to the girl’s death, Miller goes as far as to interfere with Noah, making Liv think that her son has been kidnapped. (Turns out, he’s actually safe with Rollins at the station.) The bearded bully confronts Benson outside Noah’s school, warning her that she needs to drop the case if she wants to make life easier for herself.

Liv assembles her team and they realize that there’s not enough evidence to link Miller to the sex parties and the dead girl. Peter Stone is the loudest voice saying they can’t pursue a case. “He’s going to get away with all of this,” Liv tearfully tells him in her office after disclosing Miller’s threats. So Stone secretly meet with Thorne, saying that they’re going to put Miller behind bars by breaking “a couple of rules.” 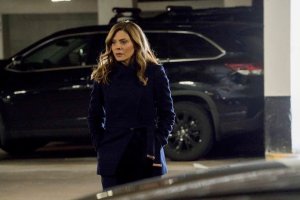 Through some shady moves, Stone gets a judge to issue a warrant for Miller’s arrest. “You caught the fish, now let me cook it,” the ADA tells a very worried Liv. As the trial unfolds, Stone appears to offer proof that Miller bought the drugs that killed the girl. But then Miller’s lawyer surprises everyone by calling Nikki to the stand and dismantling Stone’s case by getting her to admit that she and the ADA tried to frame Miller.  But then Stone uses Nikki’s admission as proof that she was so scared of Miller that she felt she had no other option than to try to make him look guilty.

“Haven’t you learned by now that people who screw with me typically don’t have happy endings?” Miller asks Olivia as he waits by her car that night, subtly threatening her. Olivia beats it to a bar to meet Staines and rips into her for breaking the law, learning in the process that Stone was the mastermind behind the plan. “You could both be disbarred for this,” Liv says, livid. “Sometimes the law is just not good enough,” Nikki counters, “and a threat to my child’s safety is one of those times.” Benson maintains that she is not part of what they’ve cooked up. “Yeah, you are,” Nikki counters. 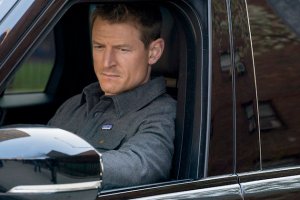 The jury finds Miller guilty of the teen girl’s death. But when Stone meets up with her outside the courthouse, Liv is really mad. She thanks him, but angrily tells him that she didn’t ask him to do what he did. “I hope you find someone like that again,” he says, adding that “you became more important to me than the case I was trying, and that is not me, Liv.”

Near tears, Stone tells her he has to move on. “I have to go, or risk getting blinded again,” he says, clasping her hands before turning and walking away.

Now it’s your turn. Grade the episode via the poll below, then hit the comments with your thoughts!