Was it something we said?

Adam Levine is departing The Voice after 16 seasons, even though he was previously announced to be part of next fall’s cycle. The announcement was first made by host Carson Daly on Friday’s Today. (Read Levine’s full statement about his exit.)

“After 16 seasons, Adam Levine, our beloved coach and friend, has decided to leave The Voice,” Daly said. “Adam was one of the original coaches who launched the show, winning the competition three times and inspiring many of the artists that he worked so closely with over the years… He’ll always be a cherished member of the Voice family… and we wish him nothing but the best.”

Levine will be replaced by Gwen Stefani, who served as a coach during Seasons 7, 9 and 12. She’ll be joined by previously announced returning coaches Blake Shelton, John Legend and Kelly Clarkson. 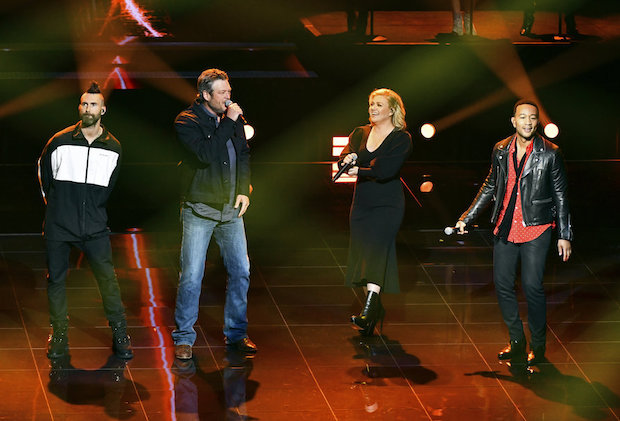 Just two days ago, TVLine published a Voice op-ed, which suggested that the NBC reality show needed to give Levine a season (or two) off. In a corresponding poll, nearly 60 percent agreed they had had their fill of Levine, while 27 percent worry the show won’t be the same without him.

Levine’s obvious ennui with the Emmy-winning reality-TV program appeared to be on display with his performance at NBC’s Upfronts presentation this month, where he sang near-motionless alongside his fellow coaches (see photo).

Watch Daly’s announcement below, then hit the comments with your reactions to Levine’s departure.

After 16 seasons, @adamlevine has decided to leave @NBCTheVoice and @gwenstefani will take his place in the chair for season 17! pic.twitter.com/dpsb0qhqZu