We’ve got questions, and you’ve (maybe) got answers! With another week of TV gone by, we’re lobbing queries left and right about shows including Dynasty, The Blacklist, Game of Thrones, Barry, Riverdale, NCIS and SVU! 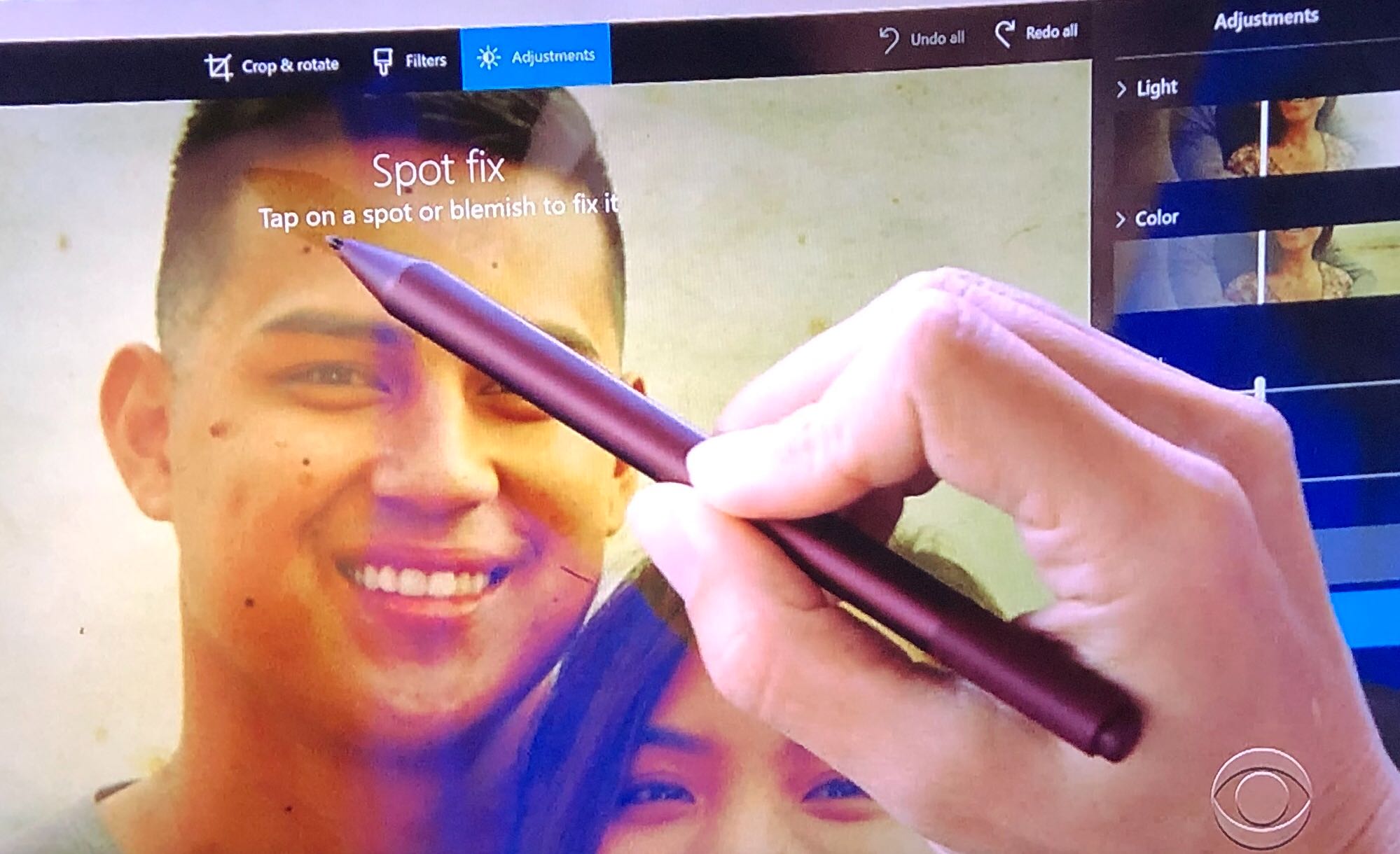 1 | Was Hawaii Five-0‘s Tani touching up an old photo of Junior’s dad (while at the beach!) one of TV’s most shameless and overt product demos?

2 | Dynasty fans, were you pleasantly surprised by Liz Gillies’ spot-on impression of Nicollette Sheridan, now that she’s playing both Fallon and Alexis?

3 | Are we really to believe that The Blacklist‘s meticulous Brockton College Killer would casually leave her weapon of choice (a meat tenderizer!) in plain sight in her bedroom? Also, when Ilya Koslov was surgically altered to look like Raymond Reddington, why did his voice also change into James Spader’s deeper tone — even when he wasn’t talking to the bankers? 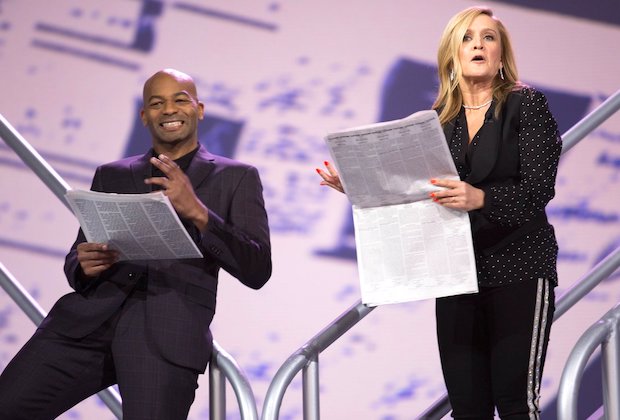 4 | Were you hoping Samantha Bee’s Not the White House Correspondents’ Dinner would surprise everyone and bring out Michelle Wolf during the Sarah Huck-a-bot Sanders segment? And why isn’t the My Fair Lady-inspired “The Racist Did Racism Which Was Racist” (featuring Brandon Victor Dixon) on iTunes?

5 | Was Game of Thrones‘ excessively dark Battle of Winterfell just a marketing ploy to get us all to go out and buy new ultra-HD 4K TVs? What purpose, exactly, did Bran’s warging into the raven serve? When the Night King’s army was standing completely still at the fiery castle trenches, why didn’t Winterfell’s defenders, y’know, use that time to kill some of them? And what happens to all of the presumably tens of thousands of critically injured victims of the Battle of Winterfell? Will Episode 4 take us inside the never-before-seen Ned Stark Memorial Hospital? Or at the very least introduce us to Winterfell’s highly-trained First Responders?

6 | How crazy was it that, following Game of Thrones, this Sunday’s Barry also featured a young girl leaping like a spider monkey and overpowering — and even stabbing! — a much larger opponent? 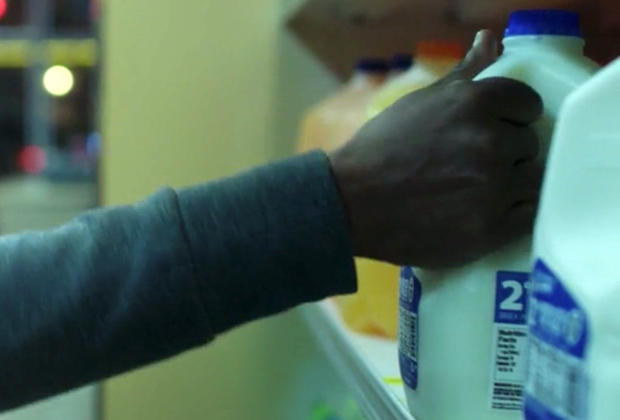 7 | While it’s probably the least important thing about the Red Line premiere, we have to ask: Who in their right mind would purchase an unrefrigerated gallon of milk?

8 | As impressive as he is in live performances, is American Idol‘s Alejandro Aranda starting to frustrate you with his habit of never knowing his song lyrics in rehearsal?

9 | Are we right that Legends of Tomorrow showed us a severed nipple wriggling across a floor to reunite with its owner…? 😖 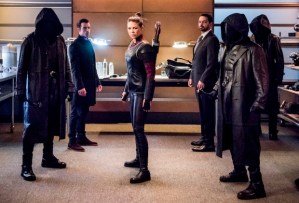 10 | Shouldn’t Arrow‘s Dinah have been more concerned about the missing security footage after finding out Felicity didn’t scrub it? Also, has anyone figured out how the Ninth Circle’s hooded, stocking-faced henchmen are able to see anything?

11 | Did NCIS go a bit overboard with how much an Alexa-type device can “accidentally” record in a random home — or do we just hope it did?

13 | On The Flash, Nora’s Rogues cohorts found out her first name, but not her last? What is contortionist Troy James’ real voice like that Rag Doll’s is so obviously dubbed? Also, did Cisco’s “bold decision” get cut for time?

14 | Since it now seems very likely that Jussie Smollett’s Empire days are over, does that mean that Jamal and Kai will simply extend their honeymoon indefinitely? Or will the show craft a more plausible explanation for their vanishing act? 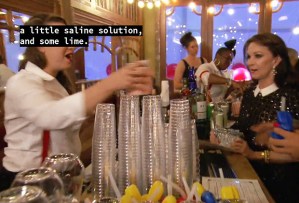 15 | Did that Real Housewives of New York City bartender really list “saline solution” as an ingredient in Tinsley’s mom’s drink? Has anyone checked on Dale?!

16 | Where did Riverdale‘s students all get such fantastically elaborate (and expensive-looking) costumes for their medieval-themed prom, especially when the theme was seemingly decided upon just days before?

17 | Taylor Swift’s entrance at the Billboard Music Awards: adoring homage to Beyoncé’s “Homecoming”… or blatant ripoff of it? 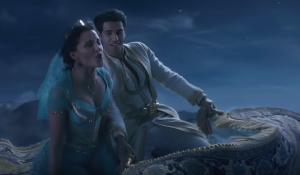 18 | Is Once Upon a Time’s magic carpet CGI not looking so shabby now?

19 | How little do elite Tier One SEAL Team leaders make that Jason Hayes is so profusely sweating his daughter’s tuition?

20 | On Modern Family, were we supposed to find it funny that the daughter of Claire’s high school nemesis has supposedly joined ISIS?

21 | iZombie fans, were you expecting the show’s final season premiere to pack more of a punch? And are we to assume that ordering salted caramel dark chocolate off Amazon is not an option for Clive in walled-off Seattle? 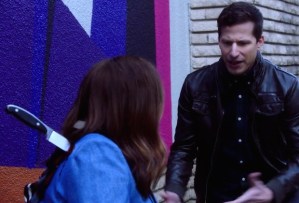 22 | Did Brooklyn Nine-Nine‘s Jake and Terry ever actually solve the case of who stabbed Gina? (Terry was “looking into” a potential suspect, but there was no mention of an arrest.) And while we can buy into the absurdity of Gina under-reacting to getting stabbed (she did, after all, survive getting hit by a bus), why weren’t Jake and Terry freaking out about that rather large knife in her back?

23 | On SVU, if Snake hadn’t seen Fin since they were 16, how did he so quickly pick him out, in the dark, during the chaos of a live concert?

24 | Why not simply call the black-ish spinoff about Bow growing up in a mixed-race family white-ish?