Are The Flash‘s Barry and Iris fresh out of parental guidance? Will JAG‘s coin flip be resolved? Will Jane the Virgin triangle get torturous? Baby talk on iZombie? Read on for answers to those questions plus teases from other shows.

Any scoop on how The Flash‘s Barry and Iris will react to Nora working with Thawne? –Mariam
When last we tuned in, we saw Barry, for one, react by stuffing his daughter into the Pipeline. And when the series returns this Tuesday, emotions will still be at a fever pitch. In fact, “that storyline is going to continue even past this week’s episode a bit,” says Danielle Panabaker, who made her directorial debut with the April 16 outing. “The betrayal that Barry feels is devastating to him, and as parents, he and Iris have to deal with this struggle that we have seen in a couple different ways this season, but never at this level.”

With the JAG reunion on NCIS: LA, will finally get an answer to who won the coin toss? — David
As one might have surmised from teasers for the end-of-season storyline that finds David James Elliott and Catherine Bell reprising their roles as Harm (now working aboard the USS Allegiance) and Mac, “We will learn who won the coin flip” that ended JAG’s own run and in turn “see where their lives went subsequently,” says NCIS: LA showrunner R. Scott Gemmill. Teasing this “new sort of permutation” of the characters, he said, “you get the best of the past plus what the future is for these people.” 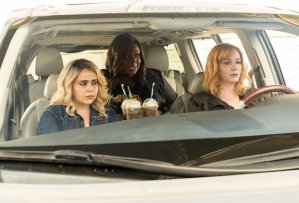 I’d literally take any information you could give on Good Girls! I am obsessed! –Jessica
In this season’s eighth episode, titled “Thelma and Louise,” “We’ll get to see exactly how and why our three Good Girls became ride-or-die when we flashback to when they were kids,” showrunner Jenna Bans shares with Inside Line.

Will Maze set things right with Trixie in Lucifer Season 4? –Rebecca
To (painfully) recap: Toward the end of Season 3, Trixie overheard Maze, who was in the midst of arguing with Dan, referring to his and Chloe’s kid as a “brat.” But rest assured, during Season 4 on Netflix, “They are making up,” Lesley-Ann Brandt told me on set. “It was actually supposed to be [the Season 3 finale] and then it got moved and rejiggered, but we will get some closure.” Teasing that difficult détente, LAB says, “It’s one of those things where Maze is like, ‘Oh, I don’t know how this is going to go..,’ and it evolves into this really sweet scene between these two characters that the audience loves to see together.”

Is there even a tiny bit of hope, anything at all, for Jane and Michael on Jane the Virgin? –Salimah
As you might have since gleaned in the wake of Michael getting his memories back, “That charges everything,” showrunner Jennie Snyder Urman attests. “Now the love triangle is reactivated in a significant and major way, and it’s going to be torture for Jane and Rafael — and Michael, to some extent.”

Will Glenn Morshower return to The Resident either this season, or in Season 3? — Kayla
Morshower (who plays Conrad’s father, Marshall Winthrop) will be absent from the final four episodes of Season 2, but executive producer Todd Harthan confirms that “he’s always in the conversation for the first chapter of next season.” Per Harthan, the Fox drama’s writers plan to “give the audience a breather from that father/son relationship” for the time being, “but when we feel like their appetite is warming up to have more of that, we’ll fold him back in.” 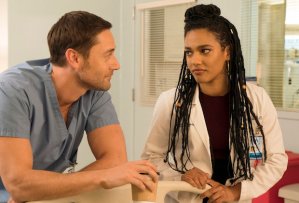 On New Amsterdam, will we get any more progress in Helen’s journey to become a mother before the end of the season? – Malasha
You bet! The doc and her beau are going to have “some pretty big conversations” about the topic, showrunner David Schulner says, adding that the couple will “reach a critical moment in the life of a relationship” before season’s end. 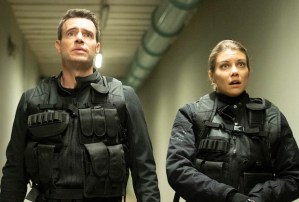 Loving Whiskey Cavalier so far, hoping it gets renewed. Any scoop on what’s ahead? –Jean
I am hearing that although Will and Emma are all “champagne and roses” right now — and while Frankie actually seems to be Team Emma — things could change for everyone in a heartbeat, so get ready for some shocking twists and turns… and an unexpected hook-up.

Do you have any inside scoop about Gotham, particularly on Bruce’s storyline? —Louisa
Great Caesar’s ghost, a lot happens this Thursday in the Fox series’ penultimate episode. In fact, I dare say many would be rather content with it as the series finale itself, given all the important and iconic boxes that get checked. As for Bruce, he makes some tough choices — including one that I believe Camren Bicondova teased earlier this season. 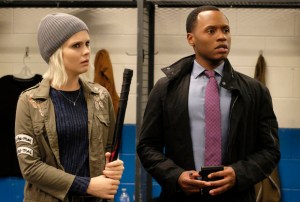 Will iZombie’s Clive have the baby he’s always wanted? –Luis
Clive and Dale’s new marriage and their possibly expanding family is something that is addressed in the fifth and final season premiere. While Clive is “happy,” there are “some bumps in the road,” his portrayer Malcolm Goodwin teases. “There are some things that come up to make things a little complicated and challenging. That’s real juicy. I was pretty shocked with some of the things. I’m like, ‘Oh, really, we’re going there with it? Oh, OK. That’s going to be fun.'”

Are Chicago Fire’s Casey and Brett going to have a romantic relationship? — Aureola
“I’m curious myself to see where that goes. It feels like those hints have been purposeful,” showrunner Derek Haas teases with a laugh. “You’ve got two characters who are hurt by the last relationships they had, and they’re both essentially really strong, good people. So yeah, those hints have been deliberate, and we’ll see where it goes.” 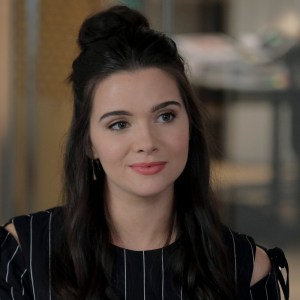 Anything on The Bold Type? — Melissa
This Tuesday’s episode finds Jane beginning the process of freezing her eggs — and it’s not something she wants her boyfriend Ryan to be a part of. “I think that it’s really hard for Jane just because she had just gone through the situation with Ben where she let him in on her medical stuff, and it made everything weird and kind of ruined it,” her portrayer Katie Stevens shares. As a result, Jane is “really apprehensive” to let Ryan in and risk dampening their honeymoon-ish glow. “I think that it’s easy to kind of be like, ‘Well, we’re having too much fun, and the serious stuff is going to ruin it, so let’s forget about the serious stuff. We don’t need to talk about it. I can handle it on my own,'” Stevens says. “It’s an important lesson that if there are people in your life…reaching out to you when you need help, to accept that help, and to know that you don’t have to go through things alone. So I think that that’s the lesson that Jane is learning through this experience.”

Anything and everything Arrow! —Morgan
Echoing that which show boss Beth Schwartz told TVLine about the series’ penultimate finale (airing May 13), Juliana Harvkavy said, “We were crying the entire shoot. Not just because it’s sad, but because we know that the end is coming up and this is our last full-season finale…. It was just kind of surreal. It’s a really incredible script — everybody really put their all into it — and there is so much action. It’s very exciting, and really emotional.”