Fuller House will be a bit less full in its fifth and final season due to the (presumed) absence of TV’s erstwhile Aunt Becky.

As previously reported, there are currently no plans for embattled actress Lori Loughlin to reprise her role as longtime Wake Up, San Francisco cohost Rebecca Donaldson-Katsopolis during the Full House spinoff’s farewell run, a part she has played for a combined 11 seasons. In the wake of her well-publicized college bribery scheme, Loughlin has already been let go by Hallmark Channel, which is currently attempting to plot a future without the star of its wholesome When Calls the Heart drama and Garage Sale Mystery TV-movies.

Considering that Loughlin has recurred throughout Fuller House‘s previous four seasons, it’ll be awfully hard to explain why she’s suddenly stopped paying visits to her former home which still houses nieces D.J. and Stephanie, as well as their many precocious children. That’s where TVLine comes in! 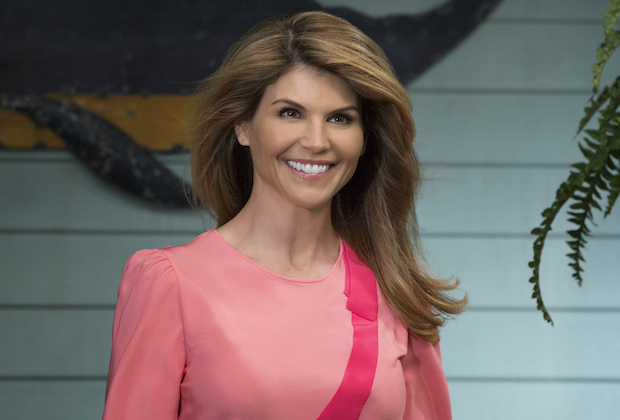 Having given it some thought, we’ve come up with six extremely meta exit strategies for Aunt Becky. (Admittedly, only some of these are feasible. In fact, most of them are in jest — so hold off on saying “How Rude!”)

Peruse the attached gallery (or click here for direct access), then scroll down and tell us how you think Fuller House will explain the character’s sudden disappearance.