Time to dust off those vampire puns: An Angel reunion may be on the horizon.

Appearing on Tuesday’s The Talk, David Boreanaz hinted that there are plans to somehow commemorate the Buffy the Vampire Slater spinoff’s platinum anniversary this fall. “We’re coming up on our 20 years,” he noted. “That’s amazing to have been blessed with a show like that. That’s really where I started my gig in this acting world. I love that character. So I will say there may be something coming up. I don’t want to give away a lot. It’s 20 years coming up this fall, and we may have something in the works.”

Last fall at New York Comic-Con, Boreanaz — who is currently starring on CBS’ SEAL Team — voiced his support for the inthe works Buffy reboot. “Come on, guys, it’s a good thing,” he told the very skeptical crowd. “Let’s just embrace [it]. I’m very happy for them. They want to embrace a new generation, something new. 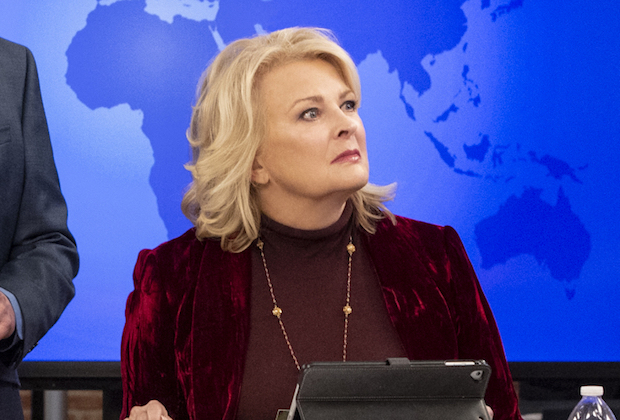 “Everybody wants old, they want to go back, which I can understand,” he continued. “You want to see us back in these roles. It’s great, it’s cool, [but] things move on, stories evolve, times change. I think it’s a great opportunity for a reboot like this to show where we are with society now, what you can do with technology… I’m all for it.”

Boreanaz even gave his blessing to any actor hypothetically taking on the role of Angel: “If someone can step in my shoes and play my character, f–k, go ahead!” he enthused. “I think that’s great, because I ain’t putting on that makeup anymore!”