THE PERFORMANCE | The revelation in this week’s Season 3 premiere that Reddick, Boseman & Lockhart’s late, much revered founder Carl Reddick had been sexually assaulting female employees for decades sent shockwaves through the firm. It also yielded a breathtaking performance from McDonald who, as the predator’s daughter Liz, spent the hour deftly steering her alter ego through grief’s myriad stages — often simultaneously.

Looking on as her father’s former secretary, Cynthia (played by the formidable Regina Taylor), recounted via video one of the incidents in graphic detail, Liz’s stoicism gave way to disbelief and then horror, McDonald’s eyes slowly widening before becoming submerged with tears; we could literally see the weight of the disclosure bearing down on her.

“God damn him,” she muttered, McDonald layering each syllable with restrained fury. As Liz frantically sifted through her memories in search of clues or accomplices, she found an outlet for her rage in fellow partner Adrian, and the six-time Tony winner seized on the chance to let her character’s simmering wrath out. “You put glass walls [in] the offices — you knew,” she bellowed. “You were trying to stop him from f—ing around!”

Liz then attempted to fast-forward to the acceptance stage by focusing on squashing the swelling PR crisis, i.e. buying the victims’ silence and thus saving the firm. But every step of the way — from emergency meetings with the partners to tense negotiations with her dad’s accusers — McDonald never let us forget how deeply personal this particular piece of business was.

When it came time for Cynthia to sign the NDA, McDonald imbued Liz’s silent stare with a heady mix of professionalism, empathy and sadness. “He’s dead now,” she quietly affirmed to her dad’s accuser while fighting back tears. She then paused before delivering the blistering closing salvo. “Now he’s truly dead.” McDonald’s masterful work in this episode, however, will no doubt live on forever. 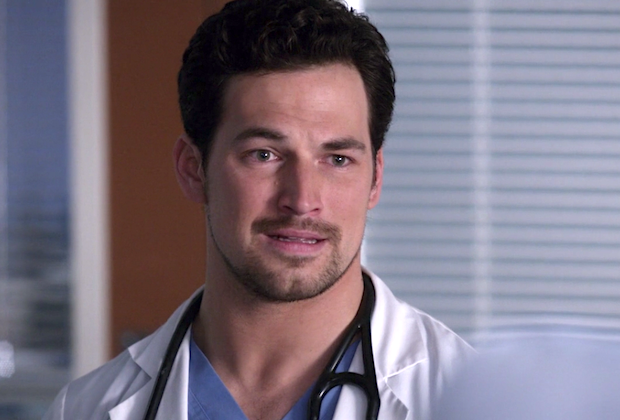 HONORABLE MENTION | Whether Thursday’s crushing Grey’s Anatomy had DeLuca desperately trying to justify his papà’s erratic behavior, angrily finding it impossible to do so or, finally, accepting that Vincenzo was bipolar, Giacomo Gianniotti was rock-solid. But for our money, what made his performance not just very good but downright great was the catch that he put in his voice as “Andrea” realized that he could no longer deny his father’s mental illness. After Vincenzo thoughtlessly held out false hope to an expectant mother, his son accused him of having been cruel. “Are you too sick to see that?” he asked. And in that moment, there it was, in the actor’s stricken face, his horrified tone, his entire being: innocence lost, trust broken, belief shattered. Bravo! 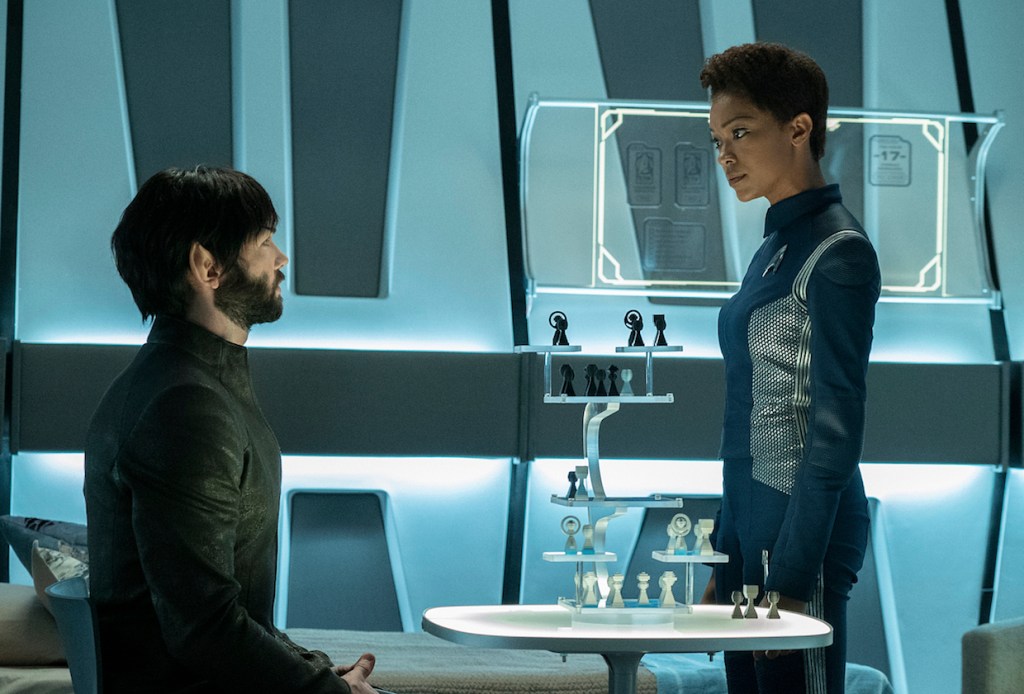 HONORABLE MENTION | Years of simmering sibling tension boiled over this week on Star Trek: Discovery, and Sonequa Martin-Green and Ethan Peck were dynamite as Burnham and Spock finally addressed the rift between them head-on. The siblings took turns picking at old wounds over an unusually heated game of three-dimensional chess, and their argument became a masterfully compelling two-hander, with Burnham pushing Spock to express a sudden rush of human emotion. Martin-Green has been superb since the series started, but Peck helped her up her game even further, giving her an equally strong acting presence to bounce off of. We don’t exactly want Burnham and Spock to keep fighting… but when the fireworks are this intense, we can’t look away, either.

HONORABLE MENTION | Don’t be fooled by the look of devastation on his face — Drew Tarver‘s spot-on recreation of the final scene from Call Me By Your Name was among the funniest moments from yet another stellar episode of Comedy Central’s underrated treasure The Other Two. (Fun fact: Tarver cried for real on the first take, according to the show’s creator.) Thursday’s installment demonstrated just how much Cary (Tarver) has changed as a result of his younger brother’s newfound fame, illuminated by a series of frustrating exchanges with suburban dreamboat Jeremy. First, we downright swooned watching Cary adorably fumble his way through a conversation about Jeremy’s preferred sexual position (and the food they should — or shouldn’t! — eat beforehand). But our adoration soon turned to righteous fury as Cary embraced his inner saboteur and morphed into a full-blown tool before our very eyes. It was exactly the kind of layered performance we’ve come to expect from this refreshingly sharp, painfully honest comedy.