Macy, Mel and Maggie are about to get a reality check, courtesy of Chloe Bridges. The actress will guest-star in an upcoming episode of The CW’s Charmed as Tessa, a no-nonsense Whitelighter who fills in when Harry “mysteriously disappears,” TVLine has learned exclusively.

Unlike Harry, who nurtures the witches’ powers and understands that they’re still relatively new to the craft, Tessa is “a total hardass and decidedly unimpressed with the sisters’ abilities, and not afraid to be snarky about their shortcomings.”

The Charmed reboot, which premiered in Oct. 2018, was part of The CW’s recent mass renewal, ensuring a second season of demons and drama for the newly formed Charmed Ones.

As for the show’s main story arc, executive producer Amy Rardin tells TVLine that the second half of Season 1 will “explore the mystery of who killed Marisol. We have a lot of twists and turns in that story. We have a lot of mysteries to reveal.” 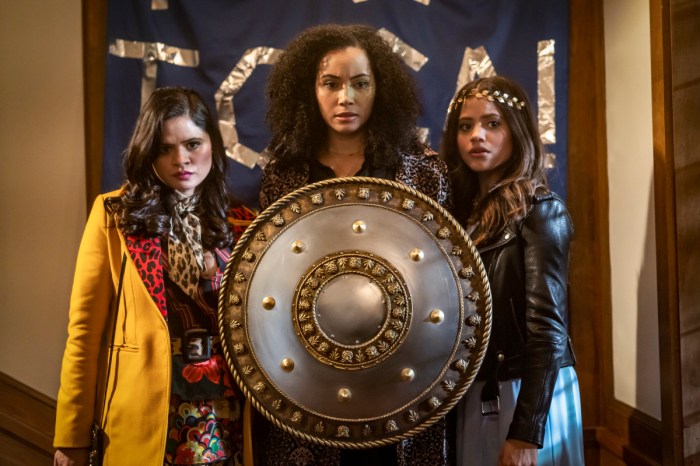 Your thoughts on Bridges’ Tessa (temporarily) stepping in as the sisters’ replacement Whitelighter? Drop ’em in a comment below.