There are few problems an order of disco fries can’t make at least a little bit better, which has to be the reason that American Gods‘ Mr. Wednesday, Shadow & Co. have set up shop in a diner in this new Season 2 poster.

TVLine has your exclusive first look at the key art, which features most of the Starz drama’s cast camped out in the eatery attached to Motel America. In the booth on the left, we see Mr. Nancy and Bilquis having a full-on conversation using just their eyes while The Jinn and Salim canoodle near the window.

On the right, a rather gray-looking Laura and a rather bored-looking Mad Sweeney accompany Mr. Ibis who is, as usual, engrossed in a book. Outside the building, House on the Rock’s mystical carousel whirls and a herd of buffalo amble while Mr. World and Tech Boy look upon the assemblage.

And that brings us to the center booth, held down by Wednesday and Shadow, both of whom look straight into the camera. Is it just us, or does Shadow’s face communicate one thought: “What the heck, exactly, have I gotten myself into?” (He looks similar in the Season 2 trailer, no?)

American Gods returns Sunday, March 10, at 8/7c. Peruse the two versions of the poster below — click on the top one to see it in detail, then press PLAY on the second one to watch it come to life — and then hit the comments: What do you hope to see in American Gods‘ new season? 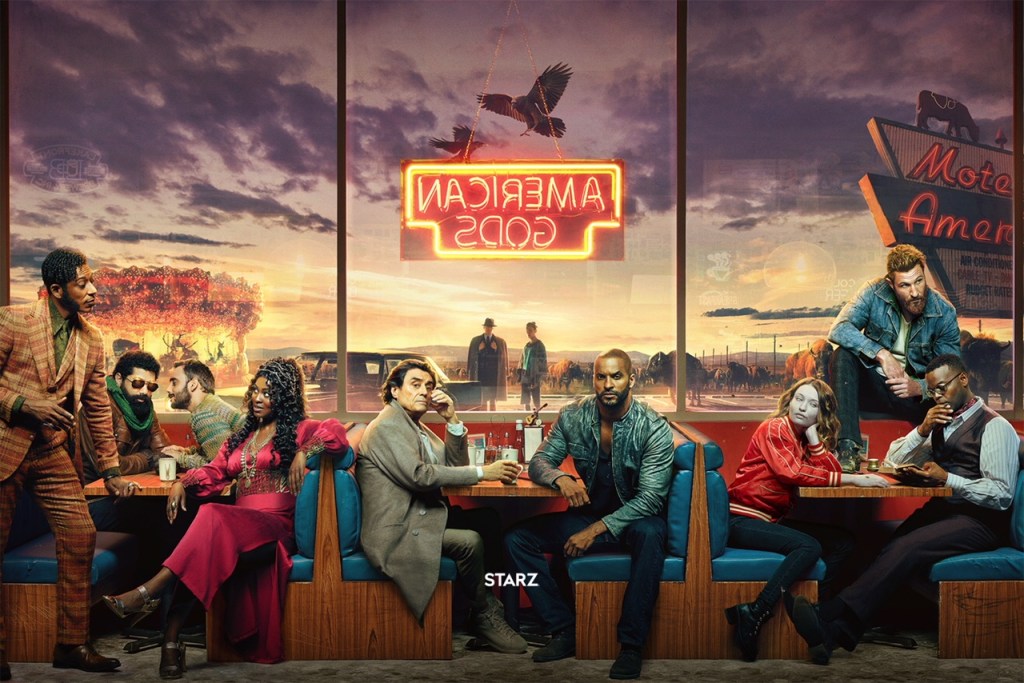