It looks like we’ll get to see that wedding — and find out the name of Stephanie and Jimmy’s baby — after all! Netflix is bringing Fuller House back for a fifth and final season, TVLine has learned. The 18-episode farewell outing will arrive this fall.

Almost every major character from Full House — John Stamos (Jesse), Bob Saget (Danny), Dave Coulier (Joey), Lori Loughlin (Becky), and Blake and Dylan Tuomy-Wilhoit (Nicky and Alex) — has returned for the spinoff, save for Mary-Kate and Ashley Olsen (Michelle). After numerous attempts to get the actresses back on set, former showrunner Jeff Franklin told TVLine, “Personally, I’ve given up asking them. The door is open, but I’m not going to be calling them anymore to invite them. They just don’t seem interested in coming. It’s been three years of invitations, so they know the door is open. It’s up to them to decide if they want to come play or not.” (Franklin was fired in Feb. 2018 over allegations of on-set misconduct.) 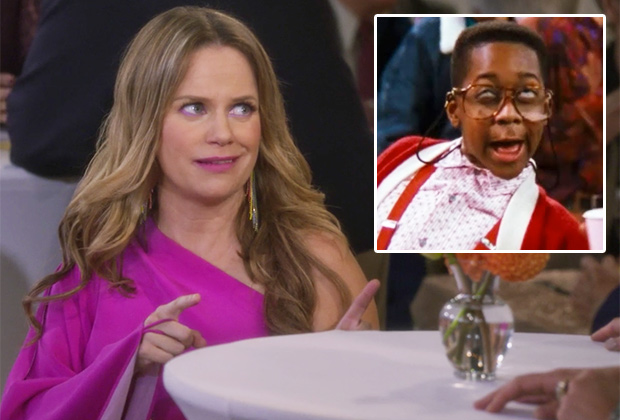 Fuller House‘s 13-episode fourth season, which dropped on Dec. 13, introduced some major life changes for the show’s multi-family ensemble. Not only did Kimmy, acting as a surrogate, give birth to Jimmy and Stephanie’s daughter, but Jimmy also proposed to Stephanie, making her an official Gibbler-to-be.

How do you hope it all ends? Hit PLAY on the cast’s farewell message above, then drop a comment with your hopes for Fuller House’s fifth, final season below.