What we thought might’ve happened on a horrible day in This Is Us‘ Vietnam storyline… didn’t, this week’s episode reveals. Jack’s brother Nicky didn’t go out on a boat with a box of explosives because he wanted to end his life, or because he was so high he didn’t know any better.

But the truth of what did happen on that day during the war is so, so much worse — as Kevin, Randall and Kate learn when they track their uncle down.

Read on for the highlights of “Songbird Road: Part 1.”

POSTCARDS FROM THE EDGE | That postcard Kevin found at the end of the last episode wasn’t isolated: Turns out, Nicky had been sending them to Jack at the office for some time, with messages like “Hope you’re well,” “Need to talk,” “Abandoning hope” and “Just 5 minutes,” all signed “CK” — aka “Clark Kent” — and all featuring the same return address on Songbird Road in Bradford, Pa. Every time Jack received one, he angrily shoved it in a drawer. But when Nicky sends the last one to the house, Jack decides he needs to take action.

So he lies to Rebecca and the kids, telling them that he has to visit a lumber yard for work on a Saturday, and he drives to 2125 Songbird Road. He finds a scruffy Nicky waiting for him in the same trailer we saw in a previous episode; though earlier Jack had been visited by memories of the two of them fishing as kids and talking about the lives they would lead, now he’s steely as he demands that his brother not write to him at home. “You drove all the way from Pittsburgh to tell me that?” Nicky asks. “That’s how much I mean it,” Jack says gruffly, turning to leave. But Nicky offers him a beer, and then some Nesquick upon learning he’s sober, and soon the siblings are sitting down inside. 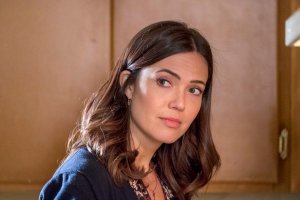 TWO ROADS DIVERGED | Nicky gives Jack some photos from their time in Vietnam, and they reminisce about their mother’s inedible chili lasagna. (Side note: That actually sounds delicious to me.) But when Nicky broaches the subject of what happened during the war, Jack swiftly shuts him down. “I don’t want to go back there. I want to leave that right where it is,” he says. “I’ve relived that day so many times in my head. I didn’t mean for that boy—” Nicky continues, but Jack refuses to listen. (Side note:At this point in the show, given the way the story cuts between the past and present, we know what Nicky’s referencing. We’ll get to it in a moment in this recap, I promise.) “I’ve got a wife and a family. I’ve moved on,” he says, getting up to go. “Did I ruin your life?” Nicky asks, and something about the earnestness in his voice must give Jack pause, because he tells his brother that he has “a good life” and shows him a photo of Rebecca and the kids.

After Jack departs, he stops at a convenience store before he gets on the road to home. For a brief moment, he considers going back to his brother’s place. But in the end, he turns toward Pittsburgh. The moment Jack returns home, he confesses to Rebecca that he lied, but he doesn’t tell her the whole truth, either: He says he was visiting “someone I knew from the war” and speaks vaguely about “something bad that happened there.” She asks if the visit helped. “A little, maybe? I don’t know,” he answers. But when she brings up the idea of talking to someone who can help him, he acts like he didn’t hear her and leaves the room, saying he’d like to get cleaned up.

FAMILY REUNION | In the present, we join The Big Three and Rebecca just as Kevin has filled Kate in — via FaceTime — about Nicky’s existence. “Mind completely blown,” Randall says. Bradford, Penn., is a six-hour drive from Alpine, N.J., and Kevin is planning a roadtrip. Does anyone want to go? Randall is in, but Kate points out that she’s in California and pregnant (so that’s a no), and Rebecca seems very bothered by the whole situation. Mama Pearson does not want to go, she tells her kids, but she does volunteer to watch the girls while Beth is busy with some upcoming job interviews.

Later, after helping quell Beth’s nerves about her job prospects, Randall confides in her that he’s worried that Kevin will be disappointed by Nicky — likely because he won’t be able to find him. “And I’ve got to be there for him,” Randall tells her. So the brothers prepare to hit the road, and when Kate surprises them in New Jersey, she’s on board for the adventure, as well.

A quick recap of the car ride: Randall packs terrible snacks. Kate has to pee. Oh, and Kate can’t fathom how she’s been lied to her entire life… until Randall points out that this is Whopping Lie Number 2 he’s had to encounter in the past couple of years. Eventually, they arrive at the trailer… but no one is home and it looks like it might be abandoned. But then a man approaches with a brown bag-wrapped bottle in his hand and wants to know what is going on: Ladies and gentlemen, I give you Old Uncle Nicky. (Hi, Griffin Dunne!) 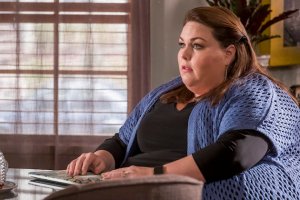 ‘I NEVER GOT TO TELL HIM’ | “Jack know you’re here?” Nicky asks, which leads to them giving him the bad news. He doesn’t really react, and he doesn’t seem to want them to stay, but Kate puts her foot down, pointing out that Kevin traveled the world for some answers about their pop. “We’re not going anywhere,” she finishes. “Yeah, you’re Jack’s kids all right,” Nicky observes.

They all sit down, and he begins to lay out what happened in Vietnam. “I was a medic who sampled his own inventory,” he says, adding that Jack tried to clean him up but that “he should never have come to me.” Then Nicky has a flashback to one morning when he woke up by the water in Jack’s camp to find a little Vietnamese boy staring at him. In the flashback, he taunts the kid by eating a chocolate bar in front of him, but then the kid grabs his glasses and teases him, smiling and laughing. Pretty soon, Nicky is laughing, too. He trades the remnants of the candy for his glasses, then says, “Let’s go fishin’.”

Nicky rows them out into the middle of the lake, where we see he’s brought along a box of hand grenades — or, as he calls them, a “secret weapon.” He pulls the pin on one and tosses it over the side; there’s a muted boom and a bit of bubbles, then some dead fish float to the surface. Nicky and the kid happily toss them into a basket, then Nicky rows them to another part of the lake. But when the kid playfully grasps for another grenade after Nicky has already pulled the pin, Nicky fumbles the bomb and it lands in the boat.

In agonizing slow motion, we watch as he tries to get the boy to jump off the boat and swim for his life. But the boy thinks it’s all a game and stays put. Eventually, Nicky has to abandon ship in order to save himself. After the blast, Nicky surfaces, unharmed, but the boat is destroyed and the boy is nowhere to be seen.

Jack and his men eventually pull Nicky from the water. But when the elder Pearson sees the boy’s sandal floating in the wreckage, he starts screaming, “What did you do?! He was just a kid!” at his brother. On the shore, the boy’s mother collapses in grief — the boy was the one Jack helped with the fever in a previous episode.

Nicky is loaded onto a helicopter and taken away, and Jack doesn’t even watch it happen, barking orders to his men as if it’s a normal day. In the present, Nicky softly laments, “I never got to tell him.”

Nicky still carries his guilt, and he tells The Big Three that he’ll never forget the boy’s mother as she wailed on the sand. He also says that Jack saw everything in black and white. “That’s why he had two lives,” Nicky explains: the one before “I ruined everything” and the one after. Then he politely kicks his nephews and niece out. 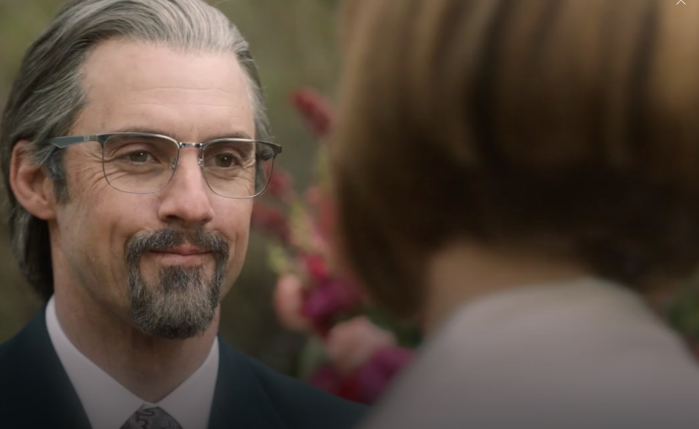 CRISIS AVERTED? | Back at Randall’s, Rebecca wonders whether she could have done more to help her first husband when he was struggling with the emotional fallout of his time in Vietnam. “I think there was a darkness inside of him. I think that he was afraid if that darkness got out, then it might swallow up the light that he got from you, from the kids,” Miguel reassures her. “And make no mistake: You and the kids were everything.” She’s not convinced. “I used to love that answer,” she says flatly, “because I wanted to believe it. But now, I want the truth.”

After Kevin, Randall and Kate leave Nicky’s, they stop at the same convenience store where Jack decided to go back to Pittsburgh. But then Kevin remembers Jack telling him that kids can repeat their fathers’ mistakes or they can correct them. “I can’t leave him like Dad did,” Kev announces, putting on his blinker and turning back toward Bradford.

It’s probably a good thing he does. When they return, the trailer door is unlocked, and Nicky is sitting at the table with a handgun very close by. Randall delicately moves it away, but his uncle barely seems to notice. “I never got to tell him. It was an accident,” Nicky says despondently, and Kevin puts a comforting hand on the older man’s shoulder.