Criminal Minds‘ 312th episode marked a first for original cast member A.J. Cook, who stepped behind the camera as director. And it sounds like the episode she helped bring to life is a doozy.

“It was such a great privilege and honor to finally get to do this,” Cook tells TVLine. “Directing for me has been a lifelong goal, but I’m a big believer in ‘things happen when they’re supposed to happen.’ I could not be happier.”

With her debut, Cook is one of no less than five series regulars to double as director during the CBS drama’s next-to-last season, joining the ranks of Matthew Gray Gubler, Joe Mantegna, Aisha Tyler and Adam Rodriguez. “I think that’s so great, that they open the door for us,” Cook raves. “And this is something that’s not going to stop here. This is the next chapter [for me], and I loved every second of it — the good, the bad and the ugly!”

Cook previewed for TVLine Season 14’s antepenultimate episode, airing Wednesday at 10/9c and in which Rossi questions his actions in the aftermath of a near-death struggle with a serial killer who appears to have outsmarted the BAU.

TVLINE | What was the biggest or most interesting challenge that this script presented to you, as a director?
Well first off, it was an incredible script. As a director, you have some butterflies waiting to see that script come in, but when I read it I could not be happier. It was a gift, written by Charles Dewey — it was his first episode — and Breen Frazier, who is insanely talented. It was pretty cute because you had the vet, Breen, and then you had the little “puppy dogs,” me and Charlie, saying non-stop, “Oh this is so great!” We were so wide-eyed and happy to be there.

But yeah, the script is a big one, there’s a lot that happens. I can’t give much away, but this UnSub is a bit of a chameleon, so that was really fun to get to play with. 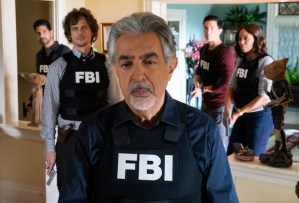 TVLINE | It looks like it’s a Joe Mantegna-heavy episode.
It is, which I was also very happy to see, because he’s a pro. But it’s startling, because from the get-go, from that first frame, the audience is going to be a little concerned. We’ve never seen Rossi in such a vulnerable state. Also, we tell this story in a flashback format, which I love, so there was a lot that we had to get in this episode, but our crew — not that I didn’t know it before — is just the best. I’m so grateful to do it with this group, especially with the end of the show coming [after next season]. 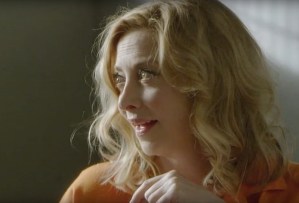 TVLINE | What is guest star Sharon Lawrence up to? Because it seems like she’s up to no good, judging by the promo.
Oh my goodness — when I first read her role, Sharon was like the only person I wanted. She popped into my weird little director brain, as vivid as can be. We’re so lucky that we got her and she came to play with us. In a way it was kind of an NYPD Blue reunion with her and Gail O’Grady [who plays Rossi’s fiancée Krystall]! But she knocks it out of the park. She kills her scene. People are going to love her.

TVLINE | [Showrunner] Erica [Messer] was telling me about a new adversary who shows up soon and will vex the BAU during the final season. What can you say about this UnSub?
What I can say is he is a very worthy opponent, and this guy is going to be a slippery bastard. [Laughs] He’s going to be hard to get. He’s definitely going to fall under the category of “most prolific serial killer on Criminal Minds.” He is something else! 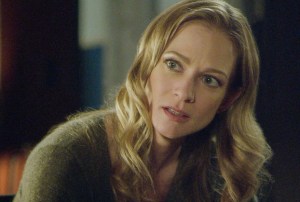 TVLINE | It sounds like there is a ton going on in the season finale. Any specific developments for JJ?
Oh boy…. Yup! There are some things. Again, I can’t give anything away, but you’re going to look back on that question after you see the finale and you’re going to laugh. We have some big stuff coming up. [Laughs]

TVLINE | The whole cast is heading into the recently announced final season [filming this spring]. Do you think you’ll all make it out alive?
I hope and pray. I really hope so.

TVLINE | It has been a couple of years, though, since the team suffered a major loss…
Yep. Yep. I know something bad is going to happen, I do know that. But this is our family, and we want to see everyone come out the other side. We’ve been playing these character for soooo long, and it’s been a great honor to play JJ. At the end of the day, I think I want what everyone else wants, which is to see that she’s going to be OK, that she will continue to be her badass self and live a life of happiness. Now, life is complicated and it doesn’t always happen that way, but that’s what I hope!