Folks, there are now a finite number of Criminal Minds left to be probed.

TVLine has learned that CBS has renewed the long-running crime drama for a 15th and final season, to air during the 2019-20 TV season. The farewell salvo will consist of 10 episodes, which will film this spring and bring the show’s run to 324 total episodes. (Among scripted primetime series, that lands Criminal Minds inside U.S. TV’s all-time Top 20.) 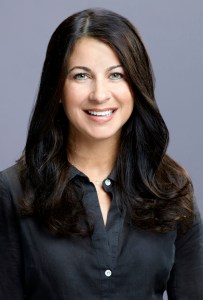 “It’s really bittersweet, but I’m so, so grateful to CBS for giving us this heads-up,” showrunner Erica Messer tells TVLine of getting the final-season news. “I think one of my biggest fears was always, ‘Oh man, what if we don’t know’ and then they just don’t bring back the show? But they respect this series and the cast and the crew and the fans enough to end this properly.”

Criminal Minds continues its 14th season on Wednesday, Jan. 23, with Episode 13 of 15. The season finale will air two weeks later, on Feb. 6. Get scoop on what’s ahead!

Want scoop on Criminal Minds, or for any other show? Email InsideLine@tvline.com and your question may be answered via Matt’s Inside Line.