THE PERFORMANCE | We can count on each season of True Detective to deliver a few things: intensely moody cinematography, a creepy murder case full of twists… and top-notch performances. (Yes, even Season 2. Colin Farrell was good!) This week’s Season 3 premiere added a new name to the True Detective Acting Hall of Fame in Ali, who sprinted out of the gate with an immediately mesmerizing, densely layered performance.

The Oscar winner is really giving three distinct performances here, portraying Arkansas detective Wayne Hays across three time periods. In 1980, Hays is a young detective investigating the case of two missing kids, and while he’s stern and laconic on the job, Ali let us see his softer side as he established a warm rapport with local schoolteacher Amelia. Ten years later, the case comes up again, and there, Ali added a subtle tinge of world-weariness to Hays’ demeanor, weighed down by a decade’s worth of unspoken regrets. Then in 2015, Hays is an elderly man grappling with dementia, and that thread might have been the most poignant of the three, with Ali masterfully painting a portrait of a stubbornly proud man who can no longer trust what his mind is telling him.

Ali’s strongest work came in the final minutes, and without a word of dialogue, as Hays stumbled upon the dead body of one of the kids, his face a mask of abject horror. Hays’ work on this case is just getting started, but based on this week’s remarkable performance, we’re already prepared to offer Ali a cushy promotion. 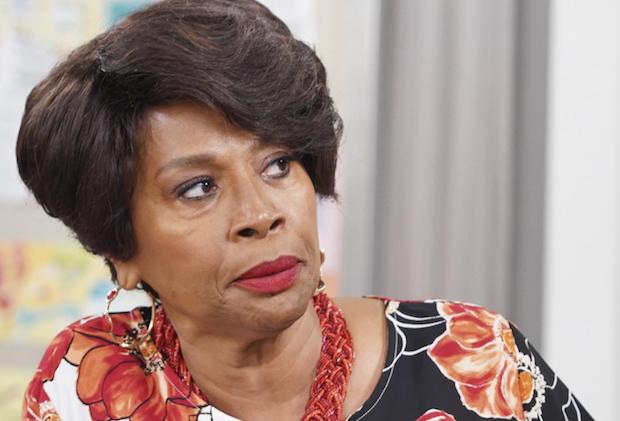 HONORABLE MENTION | This week’s black-ish deftly tackled another weighty issue — in this case colorism — with both humor and candor, while also providing a helluva showcase for the incomparable Jenifer Lewis.  While the series’ entire ensemble was at the top of their game in the episode, it was Lewis who was handed the most emotionally resonant material as Ruby recalled being demeaned as a child for being dark-skinned by her own, lighter-skinned relatives. “I wasn’t allowed in the front yard with my cousins,” she explained to her grandchildren, Lewis expertly channeling her alter ego’s profound pain, sadness and anger. “I had to play by myself in the back, so my dark skin and nappy hair couldn’t embarrass my light-skin family.” She later apologized to her daughter-in-law for redirecting her fury at her, allowing Lewis to show us Ruby at her most contrite and vulnerable. “I’m so sorry Rainbow,” she said, Lewis’ voice cracking. “You’re an incredible black mother.” And you, Jennifer Lewis, are just plain incredible. 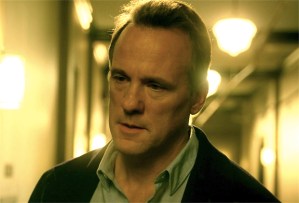 HONORABLE MENTION | Let’s face it: It’s tough to feel bad for How to Get Away With Murder‘s Sam Keating. He’s cheated, lied and covered up countless misdeeds. And yet, Tom Verica‘s performance on Thursday brought compelling new layers to the character, as Sam and Annalise both fell apart in the wake of their child’s stillbirth. Though the episode reached its emotional climax during Sam and Annalise’s fight about adoption, Verica really shined during Sam’s quiet, profoundly heartbroken moments. The look on his face when Sam met Gabriel for the first time — a stunning combination of love and regret — made the character’s inner turmoil so palpable, we felt a little guilty watching Sam’s pain play out. 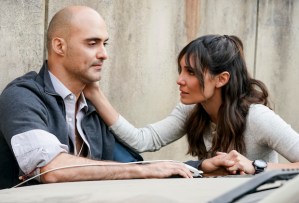 HONORABLE MENTION | When a high-octane procedural such as NCIS: Los Angeles pumps the brakes to explore quieter moments, you can’t help but take notice — especially with all-in performances by Daniela Ruah and guest star Eyas Younis at the fore. Younis played David Sarraf, a Syrian who while trying to expose the criminal use of chemical weapons was chased down and pinned against an alley wall by an SUV. Ruah’s Kensi was tasked with giving Sarraf the grave news: “When they move this car, you’re going to die.” A bereft Sarraf had but one request — “Please help me hear my wife’s voice one more time?” — and after Kensi delivered, Sarraf said he “realized that my life did have meaning,” in the love he shared with his wife and their late son. “I lived, I loved, and I was loved.” As the car was moved and Sarraf expired, Kensi couldn’t look, breaking down in a way we’ve rarely seen before. All told, a powerful active/reactive two-hander by Younis and Ruah.