“I hung out with her that night after she won,” McKidd tells TVLine. “She invited me to her after-party. It was pretty amazing to see her get such props and be honored in that way. I was a bit 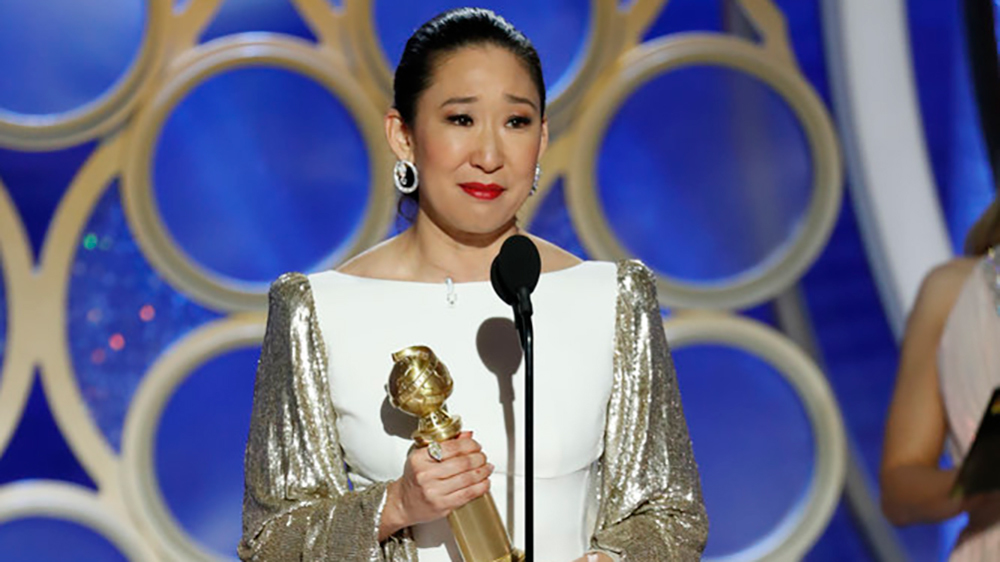 tearful. She saw me across the room and she ran over and we hugged for a long, long time.”

McKidd, meanwhile, says Oh aced her job as Globes’ co-emcee. “She was terrified about the hosting thing,” he notes. “It’s not what we [as actors] are trained to do. But she nailed it. I was really proud of her.”

McKidd has maintained a tight relationship with Oh since the actress departed Grey’s four years ago. What’s the secret behind their enduring bond? “We really trust each other and know each other,” he says. “During all of those hours working together [on Grey’s] we watched each others’ lives unfold… When she was going through a hard time, or I was, [we] leaned on each other.

“Some co-stars hate each other,” McKidd adds with a chuckle. “But I feel very fortunate in these last years of my career to have been blessed with Sandra Oh and now [current Grey’s squeeze] Caterina Scorsone.”

Grey’s Anatomy kicks off the second half of Season 15 this Thursday (8/7c, ABC).