THE PERFORMANCE | After lying dormant for the last three months, Jane Doe made a long overdue return to Blindspot in its winter premiere — and Alexander wrung every last emotion out of her character’s intense comeback.

Episode 9 of the NBC drama rested almost entirely on Alexander’s shoulders, as Jane literally navigated the recesses of her own mind, confronting fears and secrets along the way. The trippy journey through Jane’s brain was a harrowing one, and Alexander was magnetic as she conveyed Jane’s panic, resolve and guilt throughout the hour.

The actress was especially compelling as Jane faced her late brother, Roman, offering him a stirring apology for not protecting him better when he was alive. As Jane spoke of her unbreakable bond with Roman, Alexander was devastatingly sincere, punctuating every line with wide-eyed regret. Later, after Jane had woken up with her memories restored, Alexander effortlessly shifted from triumph to remorse as the weight of Remi’s misdeeds crashed down on her. And although we won’t miss Jane’s evil alter ego, Alexander was equally gripping as Remi struggled with inner conflict of her own.

Blindspot‘s winter premiere was a major departure from the show’s usual procedural format, and a bold one at that. But Alexander’s honest portrayal of Jane’s angst turned it into one of the show’s most enthralling episodes. 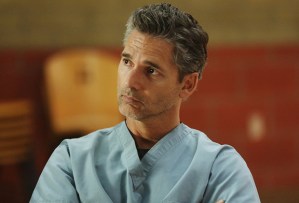 HONORABLE MENTION | Dirty John flipped the script in its penultimate episode, walking us through John’s perspective of his relationship with Debra, and Eric Bana made our blood run cold the entire time. As the episode continued, John’s sociopathic tendencies became more and more evident, like his penchant for rehearsing romantic speeches before actually delivering them to Debra. And yet, even as John’s actions became increasingly appalling, he (and Bana) could turn on the charm as easily as if it were a light switch. Bana was a chameleon in Sunday’s episode, dipping in and out of the nice-guy act so effortlessly, we could never quite tell when John was being real… or just a really good actor. John certainly delivered one heck of a performance in this hour — and so did the man who plays him. 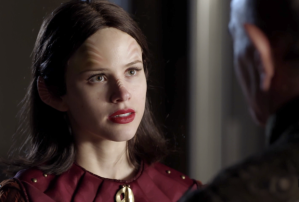 HONORABLE MENTION | Before The Orville bid Alara adieu, original cast member Halston Sage had a nice showcase, as the super-strong security chief exposed emotional vulnerabilities. Sidelined from duty and returning home to Xelaya, Alara was reminded of her shortcomings and her family’s disapproval of her Union gig. “I was well aware of my intellectual weaknesses, Dad. I had you to remind me every day,” she railed, Sage instilling Alara with an untapped fury. “All I ever needed to hear from you was, ‘You can do it.’ But you know who said it to me instead? Everyone on the Orville.” When Alara saved her family from peril, Sage shared a decidedly warmer moment with TV dad Robert Picardo (“All I ever wanted was for you to be proud of me”), before giving Captain Mercer her notice. “Now I have a chance to experience [true family],” she explained. “I don’t want to miss out anymore.” 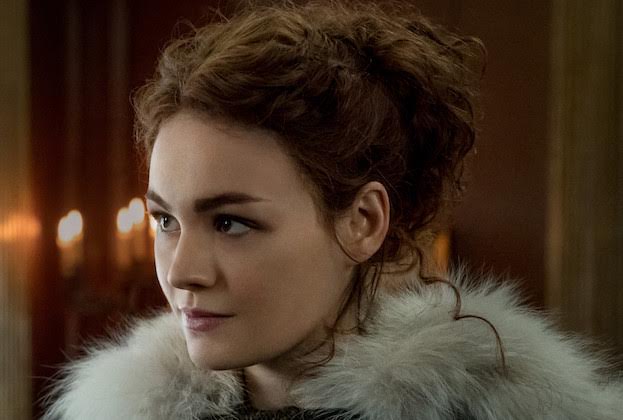 HONORABLE MENTION | Outlander‘s Sophie Skelton has never been more Brianna than she was in Sunday’s episode, and we. are. here. for. it. As Bree realized that her father had nearly beat to death to the love of her life, Skelton glowed with an incandescent fury. She yelled. She cried. She threw all of Brianna’s frustration and anger into a pair of slaps that made us cheer (though we dinna promote physical violence, of course). And then in a quieter moment, Skelton quietly marshaled all of Bree’s inner strength to let Claire know that she’d chosen to carry on with her pregnancy, her eyes conveying both the hope that the baby was Roger’s and the sad reality that there was a good choice it wasn’t. The episode felt like a real turning point for the character, and we’re looking forward to what Skelton will do with her next.