The extended Alvarez family makes its debut in the first trailer for One Day at a Time Season 3 (with all 13 episodes hitting Netflix on Friday, Feb. 8). That includes Brooklyn Nine-Nine‘s Melissa Fumero and Stephanie Beatriz, who play Penelope’s cousins Estellita and Pilar, and Grammy winner/theme song performer Gloria Estefan, who guest-stars as Lydia’s estranged sister Mirtha.

The two-minute promo also features Kevin (Probably) Saves the World alum India de Beaufort, who comes on board in the recurring role of Avery, a love interest for Schneider (who is played by the actress’ real-life husband Todd Grinnell). Meanwhile, Penelope is moving on from Max with an overprotective dad named Mateo (Fresh Off the Boat‘s Alex Quijano).

One Day at a Time Season 3 Photos 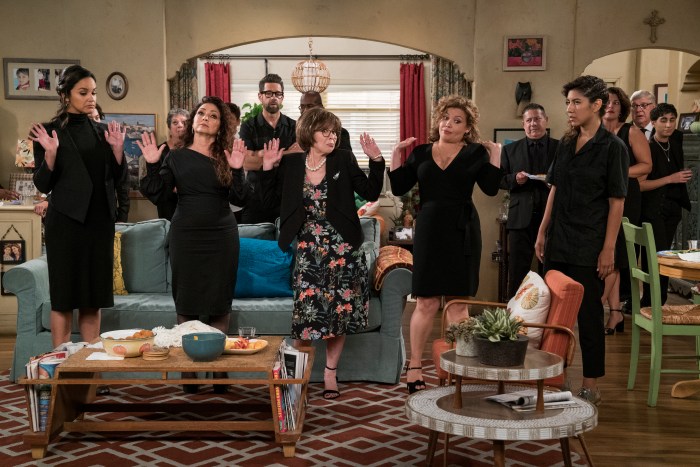 Elena seems to be in the most stable relationship of all, but struggles to come up with an appropriate term of endearment for non-binary partner Syd. In addition to various romances, the above trailer suggests that Season 3 will feature a funeral and a family vacation.

Watch the trailer above, then hit the comments with your reactions!