After a special Sunday blastoff, The Orville‘s Season 2 mission continues this Thursday at 9/8c, as Captain Ed Mercer and the crew discover shocking news about a planet that is close to being destroyed by its sun. Meanwhile, Bortus’ struggle with a 25th century addiction causes a crisis in his marriage to Klyden.

Mere seconds after speaking with Penny Johnson Jerald about the Fox adventure series’ return, TVLine got on the horn with Agents of S.H.I.E.L.D. alum Adrianne Palicki, who plays Commander Kelly Grayson.

TVLINE | All told, how are you comparing Season 2 to Season 1?
Well, that’s the thing about Season 1 — you kind of figure out what works and what doesn’t, and the nice thing is that the fans were just, like, overwhelmingly excited about everything we did last season. But this year, we’ve stepped up our game a bit. I think that every episode kind of feels like a miniature movie. There’s going to be more delving into relationships with different characters on the ship and that is going to evolve some characters. It’s not just going to be about a ship going on these adventures; you’re going to finally get to see underneath.

TVLINE | What dynamic outside of Kelly and Ed will you be exploring with your character this season?
When Kelly and Ed are not together, there’s going to be some interesting little hurdles of dating other people, and we see how that works with each character on the show — the jealousies and what not.

TVLINE | Is that where Gossip Girl‘s Leighton Meester and or Jessica Szohr come in?
No, not necessarily….

TVLINE | Interesting. Are there any Kelly-centric arcs coming up? There was that great episode last season where she basically gave an alien child a Band-Aid and wound up being worshipped as a deity.
Definitely. There’s going to be a huge storyline with her, kind of a two-parter, at the end of the season. It was one of the hardest acting experiences of my life but really fun, and hopefully people love it as much as they loved that episode last year. And no, I can’t tell you about it. [Laughs] 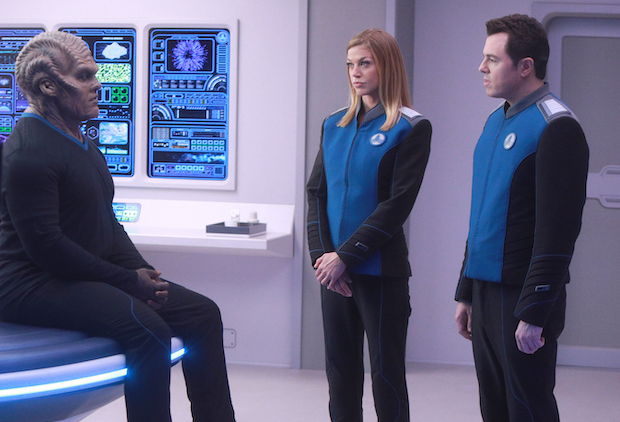 TVLINE | Do you have a favorite episode from Season 2 to point us towards?
I don’t want to say that the second-to-last episode was one of my favorites only because it was such a challenge, but I will say that within the first four there’s an episode where my character gets to do a lot of action — and you know how I love action. All told, there’s a bit more of that per episode, a little more intensity. I’m telling you, it’s going to be a fun season. I think that deep, true fans are just going to go crazy over it.

TVLINE | Miss Penny Johnson Jerald was telling me that there’s more s-e-x.
There is, definitely. And that’s what I mean — there are going to be relationships not just between Kelly and Ed on the ship, but other characters are delving into other relationships and it’s going to be fun for people. It’s going to be a little sexier than last year, for sure.

TVLINE | Can you give me a sense of any new civilizations the gang will be visiting?
No, I can’t. I really can’t, I’m sorry. 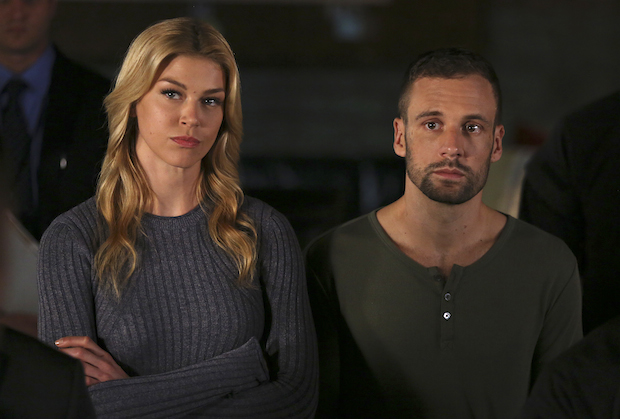 TVLINE | People are of course still missing you on Agents of S.H.I.E.L.D. We keep expecting Bobbi to show up when the gang needs a last-minute save.
Listen, if they ask me to come back, I would absolutely come back. I was like, “Nick [Blood] came back [for a Season 5 episode] — what the hell, guys?”

TVLINE | That’s right, that’s right. I was actually on set recently and I saw bananas stuff that I obviously can’t talk about. But the first set they walked me onto, I was like, “Are we at the right show…?” It was unlike anything I had ever seen before.
It’s crazy. It’s crazy. That was the hardest show to do any interview for, because you genuinely could not say a thing. But you know, this is mildly similar!

TVLINE | I don’t think I’ve ever asked you what [the S.H.I.E.L.D. spinoff] Marvel’s Most Wanted might have looked like….
Oh, I saw the pilot. It was actually really, really good. It was a little darker, grittier….

TVLINE | Bobbi and Lance were mercenaries or something?
We were mercenaries, yeah. It’s kind of an extension of what we were dealing with before, where we, like, ended up trying to get married again and all hell breaks loose because people are after us. Ultimately it’s us just kind of fighting for our lives.

TVLINE | A mercenary’s No. 1 order of business: Get married again.
Yeah, exactly!

Want more scoop on The Orville, or for any other show? Email InsideLine@tvline.com and your question may be answered via Matt’s Inside Line.