The year’s best TV drama is gearing up for Season 2… and someone’s got revenge on her mind.

BBC America has offered us our first look at Killing Eve‘s sophomore season (debuting this spring), and it looks like things pick up right after Season 1’s shocking finale, with Jodie Comer’s Villanelle still recovering from that nasty stab wound Eve gave her. We see the hired killer peering out from behind a hiding place, rubbing some vodka on her bloody abdomen and trying to flag down a ride, with a coat on to conceal her predicament. (She still manages to look chic somehow, even while bleeding out.) Is she already plotting a gruesome form of payback for Eve? 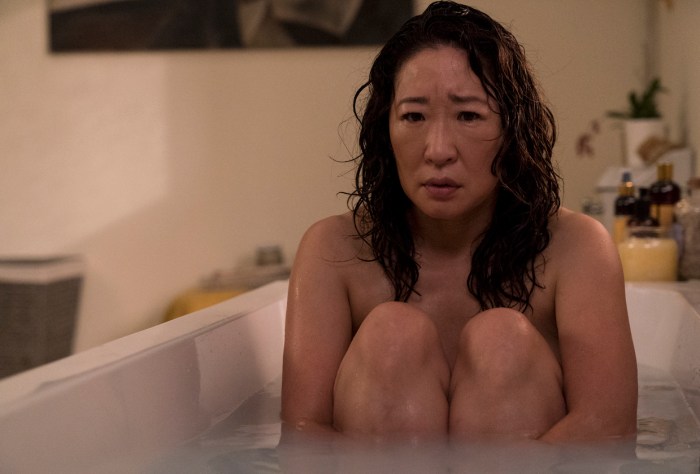 Meanwhile, in more photos, we see Sandra Oh’s Eve recovering in her own way from that traumatic encounter with Villanelle, huddled up alone in a bath. But soon enough, she’s back on the case, boarding yet another international flight, reteaming with Fiona Shaw’s Carolyn (yay!) and questioning some fresh witnesses. Careful, though, Eve: You know what they say about wounded animals.

Check out the gallery to the right — or click here for direct access — for a first look at Killing Eve Season 2, and then hit the comments below and share your predictions for what’s next for Eve and Villanelle.