With Adamgate at last behind The Voice — well, except for the lingering aftertaste — and the Finals just ahead (Monday at 8/7c on NBC), the time has come to evaluate the remaining quartet of singers’ chances of being named Season 15’s winner. Before Tuesday’s Top 8 eliminations, I was sure that 14-year-old superstar-in-the-making Kennedy Holmes was a lock. But since she was neither among the top three vote-getters (who automatically advanced to the finals) nor the week’s most-streamed artist, I’ve had to reevaluate her chances. Read on, and I’ll reveal who I now think will walk away with the title, then you can hit the comments with your predictions. 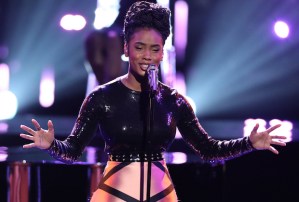 Kennedy Holmes (Team Jennifer Hudson) | All but immune to the nerves that have rattled other kids on the show, the prodigy has given one poised and nearly pitch-perfect performance after another. Also working in her favor, she’s the only finalist with the moves to put on a real show. But maybe she hasn’t altogether connected with viewers. Her landing in the Top 8’s middle three was a shock, and though she’s who I most want to win, I’ve been forced to lower her chances of emerging victorious to a modest 12 percent. 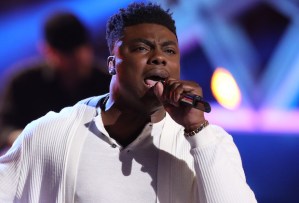 Kirk Jay (Team Blake Shelton) | Though recap commenters have more often than I have slammed the country-to-the-day-I-die singer over what they’ve heard as inconsistent vocals, I’m inclined to cut him some slack, because even if he’s now and again hit a bum note, he’s never hit a false one: I believe every syllable he sings. If he sticks to the emotional ballads that he does best, and he and Chris Kroeze don’t split the Team Blake vote too badly, I’d wager his chances of winning hover at around 38 percent. 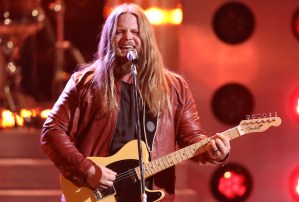 Chris Kroeze (Team Blake Shelton) | I almost fell off my couch upon hearing that Chris was one of the Top 8’s top three vote-getters, I was so surprised. It’s not that he isn’t talented — the wild-maned country rocker sings with undeniable authenticity and an appealing rasp to his voice. However, he’s kind of a snooze on stage. Even he has acknowledged that he could stand to let more of his personality show. Still, since he was the Top 8’s most-streamed artist, I’d estimate his chances of winning are about 20 percent. 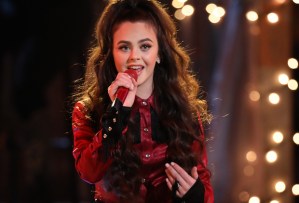 Chevel Shepherd (Team Kelly Clarkson) | When she’s at her vocal best, Season 15’s lone cowgirl sounds like an old-school country record minus the scratches. Trouble is, the 16-year isn’t always at her vocal best. She struggles with her lower register and, on top of that, is so stiff on stage that she could easily be mistaken for a pretty piece of set decoration. Nonetheless, the country vote is huge, and she won’t be splitting her coach’s fan base the way Kirk and Chris will be. So I’d put her chances of winning at 30 percent.

So, in what order you think the Final Four will finish? Hit the comments with your rankings.